A Historical Novel of Medical Discovery 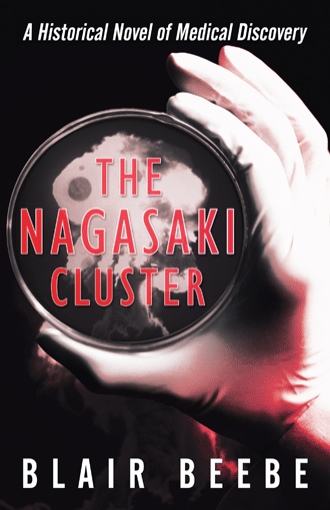 “G’day,” he said. “I’m Dr. Graham. Pleasant trip?” He wore a fixed smile and gawked at Lynn while ignoring Rahayu and the pilot. Lynn could smell the alcohol and was sure that the doctor had already enjoyed a pleasant day.

“Beautiful scenery, great pilot,” she said within hearing distance of the pilot, who was doing his own ogling. “Thank you for coming to meet us.” She introduced Rahayu and herself while pilot and doctor competed to load their supplies into the jeep. Then Lynn climbed in next to the doctor with Rahayu in the back.

The pilot gave her a little salute as the jeep turned and jangled down the bumpy runway toward the dirt road. She could see a small refueling truck coming toward them, and later, two more jeeps, apparently picking up the other two passengers and dropping off others for the return flight to Port Moresby. Deep potholes and runoffs filled with water kept the jeep partially airborne as it sprayed the ferns invading the road, and tall palm trees formed a canopy that blotted out the sun.

The doctor gave a quick glance toward Lynn and said, “The nurse you radioed at the hospital says you want to go looking for this hemorrhagic fever in the jungle.”

Lynn had been hanging on to a handgrip trying to stay in the jeep, but she risked turning her head toward the doctor and yelled. “Have you seen any cases?”

“No, and I don’t want to either.” The doctor was looking straight ahead again, apparently enjoying the careening along the narrow jungle road and barely missing the stout trunks of palm trees. “The jungle is a dangerous place. I stay out of it.”

“Haven’t the natives brought in any sick patients to the hospital?” She asked.

“Why do you assume that?”

“The natives living in the inland villages usually don’t bring anyone with an illness into the hospital.” He paused. “When they do come in, it’s usually because of a severe injury that the native nurse can’t handle.”

The dirt road was smoothing out as they approached some buildings.

“Why couldn’t someone go pick up the patient?” she asked.

He laughed. “We can’t get a jeep into the villages. They often have to carry a patient a long distance on a stretcher or in a dugout canoe. It can take days. That’s another reason why they don’t do it very often.”

“Yes,” he turned to look at her, “in more ways than one. Some of the nurses still believe in evil spirits.”

“Most of them are good midwives, and they can sew up lacerations and set some fractures, but they won’t use western drugs.”

Lynn thought about Dr. Kidu’s remarks that no doctor had ever seen the disease, and she was developing an inkling of why. If the natives weren’t bringing in any sick patients, the doctors in Wewak would never see it.

The jeep was in the town now where the foliage had been cleared and the road widened into more of a street. Intense rays from the sun quickly dried the dirt between the potholes after a hard rain, so that dust swirled around the parked pickup trucks and jeeps. Each was covered with grime that downpours rinsed away several times a day, exposing the underlying rusted metal. She saw a small grocery and a hardware store while the doctor pointed out the prominent buildings that made up the center of the town: a post office, a bank, and the East Sepik Provincial Government Office—each one-story with a corrugated roof.

“Is this all there is to Wewak?” Lynn asked.

The doctor recoiled and eyed her. “Have some respect! This is the government center for the whole North Coast. The Papuans call this the big city.” He looked back at the road. “Besides, the government makes up the greatest part of the economy—right after the bars, that is.”

He pulled up in front of a large European-looking house with steps and a front porch. “It’s lunchtime,” he said, “and this is the most civilized establishment in town. We call it Madame Rosie’s.”

She turned to look at him. “Who is Madame Rosie?”

“They tell me the place was a brothel during the Japanese occupation. Might still be. Australian soldiers changed the name in honor of Tokyo Rose.”

She shook her head, and then she and Rahayu climbed out of the jeep and mounted the steps following the doctor. He pushed open a pair of swinging doors leading to a saloon that resembled a scene out of a Humphrey Bogart film. A crocodile jaw decorated an ancient upright piano coated with several years’ worth of dust. Three unshaven regulars were leaning on the bar and dressed in khaki shorts, tee shirts, boots, and digger hats just like the doctor’s. They all turned and stared at Lynn as she walked in.

“Just a couple of tourists in the medical profession from the refined side of the island.”

Her greeting resulted in the shuffling of feet and simultaneous lifting of the three digger hats. “G’day missus,” the three men answered.

The doctor pointed to one of the tables near the piano, and the men at the bar went back to their conversation, glancing back toward the table occasionally. None of the four tables in the saloon—or any of the chairs for that matter— seemed to match, except that they were all made of wood and exhibited evidence of repair.

The bartender behind the counter yelled over to them as they sat down, “What drink?” He was a short New Guinea native with a round face and bushy black curly hair, and instead of shorts, he wore a kind of colorful skirt. When he came around the bar to the table, Lynn could see that he was barefoot. He spoke in a variation of Pidgin that Dr. Graham said was mostly English, but it also contained some Dutch and German. The doctor added that New Guinea had eight hundred different native languages, and that variations of Pidgin were the only means of communication between natives from different villages. He ordered whiskey.

Lynn looked up at the waiter. “Is the water drinkable here?”

The doctor dismissed her question with wave of his hand. “It’s miserable stuff, but safe enough.”

Lynn turned toward him and continued to stare for several seconds, uncertain whether he knew anything about drinking water, then without looking up at the waiter she said, “Two tall glasses of water,” and pointed to Rahayu and herself.

The bartender was staring at Rahayu. “Him strange fella, yes?”

The doctor laughed. “All of the natives here have bushy curly hair. Your assistant has short straight hair.”

“I bring stew too, yes?” the bartender asked.

The doctor nodded. “They have a rather limited menu here,” he said. “I call it lamb-and-yams. They tell me it’s edible, and it's cooked long enough to kill any known tropical diseases.”

The bartender returned behind the bar to pour the drinks and dish out the stew.

Lynn frowned and addressed the doctor. “Do the village nurses give you any details about the natives who’ve died of hemorrhagic fever?”

“Oh, yes. All ages including children. High fever for several days, coughing up blood, and constant nosebleeds. Then they die.”

“Couldn’t it have just been dengue hemorrhagic fever, or possibly malaria?” she asked.

“Sure, but the nurses probably would have recognized those diseases,” he said. “They see them a lot, you know...” 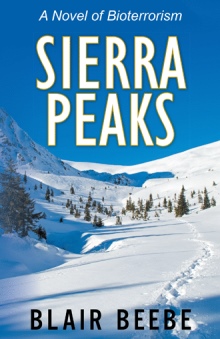 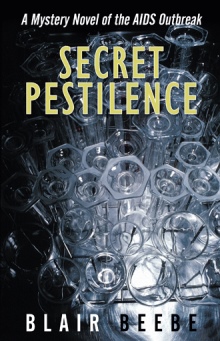 It is 1979, and Dr. Ichikawa, director of the Atomic Bomb Disease Institute at Nagasaki University, has watched too many patients die of leukemia in the years since the end of World War II. Desperate for funding and access to research, Dr. Ichikawa reluctantly welcomes an American scientist to Japan to present his findings. But when the American’s body washes ashore two days after his arrival, Dr. Ichikawa is suddenly propelled into the midst of a murder investigation.

Meanwhile, halfway across the world, microbiologist Lynn Lucas is summoned by Indonesia’s minister of health to investigate hundreds of mysterious deaths that are occurring within the jungle of Papua New Guinea. Accompanied by a young lab technician, Lucas embarks on a dangerous journey into the primitive jungle where she must seek the cause of the deadly outbreak. As she is confronted by angry relatives of victims and disdain from bureaucrats who view her as a nuisance, Lynn must rely not only on her tenacity, but also help from others as she slowly unravels the mystery of the Nagasaki Cluster.

In this medical mystery based on a real discovery in 1979, a young scientist risks everything as she looks for the reason for identical leukemia clusters and attempts to save future generations from a deadly disease.

BLAIR BEEBE, a physician for over thirty-five years, has long harbored an interest in the link between certain microorganisms and specific types of cancer, a major avenue of research that accelerated after the human leukemia virus discovery in 1979. He is the author of three other books and several short stories.