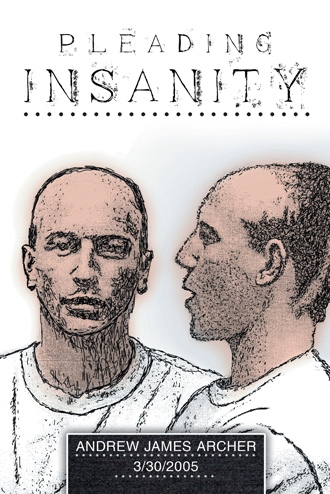 Twenty-year-old Andrew James Archer seemed to have it all as a midwestern college student at the top of the dean’s list and with a beautiful girlfriend at his side. Yet somehow the balance of perfectionist goals and the ability to temporarily turn off anxiety with the help of alcohol and friends allowed Andrew to hide what was lying just beneath the surface: bipolar disorder.

In his poignant personal narrative, Andrew invites others inside a hellish prism that left him the victim of substance abuse, depression, suicidal thoughts, mania, and delusions—and in a psychiatric unit with a mind separated from reality and a body confined to a jail cell. As Andrew reveals the details of his harrowing journey through mental illness and subsequent treatment, he helps to demystify common misperceptions, build awareness, and provide hope to others suffering from bipolar disorder.

Drawing on Andrew’s personal reflections, this memoir exposes the dirty insides of mental illness from an individual and family perspective. It navigates the intimate details of mania that few can recall and most cannot articulate. Whether you have no knowledge of bipolar disorder or are an expert in the mental health field, the earnest nature of Pleading Insanity begs you to listen.

“This valuable journal includes … the stumbling mistakes of psychiatric treatment alongside moments of touching clarity and profound grace.”

Andrew James Archer is a licensed independent clinical social worker (LICSW) practicing psychotherapy in Minnesota and serving as an adjunct instructor for Minnesota State University–Mankato. He has been an academic guest lecturer across the United States, including as a presenter for the National Alliance on Mental Illness (NAMI).