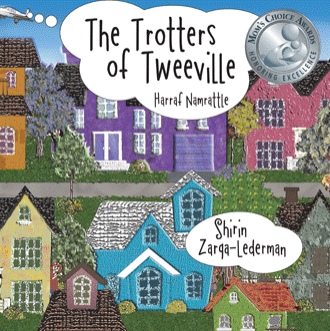 Harraf just could not seem to comprehend sometimes words hurt the feelings of a friend.  She didn’t quite get that some things are better left unsaid, and that sometimes thoughts might be better kept in her head.

Each day Harraf would set out to at noon to play. She’d rush out the door while her mother would say,“Now, little Namrattle, please remember to think before you speak, I would hate for another one of your friends to turn the other cheek.”

But Harraf would simply give her mother a huff, showing her the hand as if she had heard enough. And though Harraf often ignored her mother’s advice, today, she chose to just try to be a bit more nice. 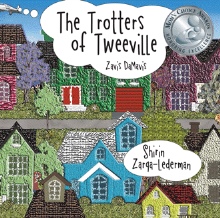 Harraf Namrattle lives in Tweeville and is a girl who always says what she thinks—no matter what! She doesn’t seem to understand that sometimes words can hurt others’ feelings and that some things are better left unsaid. Today, however, Harraf’s mother reminds her to think before she speaks.

Harraf sets out to play baseball with her friend Bo, who has a new baseball mitt. What will she say when she sees it? Then she meets her friend Hennaj, who has a lemonade stand. What will she say when she tries the lemonade? When she sees another friend drawing on the sidewalk, will she take her mother’s advice and be nice? Can Harraf Namrattle learn to think before she speaks and to be kind to the people in Tweeville?

In this second book of the Trotters of Tweeville series, one little girl works hard to practice kindness and care when speaking to others.