Prelude To Genocide: Incident in Erzerum 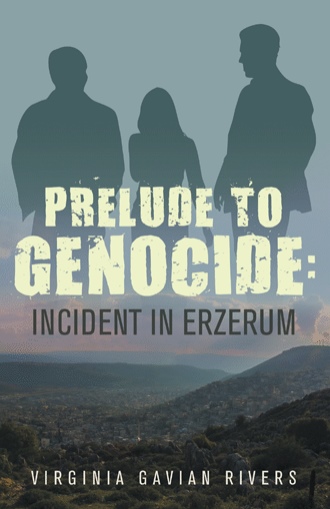 Set off by events in Constantinople in late September, the government’s military and paramilitary troops tear through villages, towns, and cities where Armenians live. These systematic ‘incidents’ lay the foundation for the genocide that will start in earnest twenty years later.

As Armenian refugees crowd Erzerum, and a beloved Armenian bishop is deported, a Muslim Army captain and his father shelter their Christian Armenian neighbors—the Kavafian family—from the violence they think will come.

The strong friendship between the two families is strained after one of the Kavafian brothers dies a violent death. His widow is left with a tyrannical mother-in-law and unanswered questions, and the family must try to avenge the death of their loved one.

A child’s bravado, his brother’s determination and his sister’s resolve bring surprises, while their mother makes a decision that will change all their lives.

Loyalty, murder, kidnapping, and intrigue fill this fast-paced story that explores hard-to-answer questions about the nature of humanity and why we sometimes refuse to see what is coming in the Prelude to Genocide.

Virginia Gavian Rivers worked as a journalist, editor and internal publications manager for a major bank in Philadelphia, Pennsylvania, before retiring to write this book. Her research took her to eastern Turkey and later to the Republic of Armenia. Her youngest grandson, Garen, was adopted from Yerevan, the capital of Armenia.