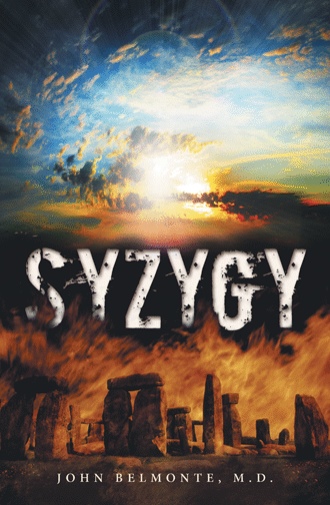 Wandering down the hall towards the on call room, I had to pass the organized mayhem of a Class One Red Trauma, the worst type of trauma, in the emergency room. I almost decided against getting involved, but my curiosity got the better of me, I walked in to check it out.

As I opened the door, everyone was scurrying around like mice in a maze, only they looked as if they had already figured out where the cheese was hiding. I called to a couple of nurses asking what was happening. They ignored me. I didn’t think much of it. They failed to pay attention to everyone except the doctor. Tonight it was Maurice Rankley, MD, in charge of all of this. He was directing this seemingly disorganized puppet opera and doing it masterfully. As I approached the trauma bay to see what was happening, all of a sudden, I felt as if it was taking all my conscious will and effort to move. My legs felt like blocks of cement sticking to the ground. I stopped and looked around. Everyone was moving quickly and wildly around me.

“This must be a bad one,” I grumbled to myself.
I called out to Maurice for the second time. Again, he ignored me. I gave off some of my best quips and jibes to those around me. There was no response.

I was getting a little annoyed and somewhat anxious. Once again I began to feel so exhausted, I wanted to lay down right there in the middle of the emergency room. What was happening to me?

I was next to the area where they were feverously working on a patient. His clothes were cut off. The intensity of their efforts was like the feeding frenzy of a pack of lionesses. I peered cautiously over the shoulders of the Trauma Crew, I didn’t want to interfere. Something made me want to look at the patient. As I looked over the crew, I caught a quick glimpse of his face covered with blood and dirt. The ambulance crew had done their job. An endotracheal tube was placed in his windpipe, a nasogastric Salem tube through his nose into his stomach, and they patched his eyes for protection. Everyone was busy and didn’t have time to clean him up. All this was making him virtually unrecognizable, another John Doe. This was all right with me. I didn’t want to be involved with this, and I was on my way out of there anyway.

I turned and looked back, everything was like a high speed dance with people spinning, jumping, bobbing, hands flashing, filling syringes, small IV’s being replace with big IV’s, medicines mixed on the spot for intravenous administration. It was organized mob hysteria with Maurice barking out instructions to save this accident victim.

“HIS BP IS GOING DOWN! HE IS BEGINNING TO SLIP! GET ME SOME EPINEPHERINE! WATCH HIS EGK AND VITALS. THEY’RE BEGINNING TO CHANGE! PUSH MORE FLUIDS AND GET SOME ATROPINE READY! HE’S GOING DOWN! WE CAN’T LOSE THIS ONE!”

I looked at Maurice then back to the patient. I began to feel my legs go weak and my senses reel. All of my energy was being drained out of me. If I didn’t know better, I would think I was bleeding out.
Something forced me to look closely at the patient’s face. I was drawn to him as one magnet draws another. I tried to wipe the smeared blood and dirt from his face, but I couldn’t. My hand passed through him like a ghost. My heart began to race and beat ferociously. My body pulsed all over. Flushed with fear and anxiety, a kaleidoscopic montage of recognition made me stumble backwards in shock.

The group worked and whirled around me and the patient like dervishes.

I looked again at the patient. “I must be wrong, but I’m not.”

The hair is matted with dirt, blood and oil. The face smeared with the same residues, and distorted by tubes and eye patches. I recognize that man. Can’t these people see me? Can’t they see we’re identical?

Obviously, they can’t. I looked around at the working crew. Not one of them had paid any attention to me. I was standing next to one of the nurses I knew quite well. She looked up at me, but her gaze passed through me. I tried to touch her, but it was like vapor on her arm. The hairs on the back of my neck rose as I realized no one knew I was there.

At the time of the accident, by some unknown quirk of spirit, time and dimension, my body split into two. One of me came back to do surgery. The other didn’t. Now I was invisible, standing in the emergency room next to myself.

I moved back from the trauma group and in turn my body. I didn’t know why or how this happened, and really I couldn’t comprehend all of this. The next thing I knew, the room began to spin and it all went black. I awoke spread eagle on the cold floor. I must have been out for only a few seconds.

Then slowly, effortlessly, my limp body began drifting upwards. My head and limbs were hanging downwards in an awkward and grotesque parody of a dance, fainting, dying, and floating. My body was being sucked upward. There was nothing I could do to stop it. I remember looking down at the patient. I knew I had to get back where I belonged, back into my body.

Above it all was the distorted voice of Maurice shouting, “People, if we don’t do it now, we won’t ever do it. We are going to lose this man!”

I hovered just above my body, but couldn’t enter. Try as I might, something was keeping me out. There was no room. I didn’t fit. This didn’t make sense. I tried vainly to reach out and touch the body on the cart. I felt if I didn’t reach it this time, I never would. Time was running out. I saw my EKG going into ventricular tachycardia. My heart beating faster and faster until it can’t move any faster, quivering without the ability push any blood out, and eventually stop. The next step was to flat line and die. I had to get back.

Finally, I was able to squeeze into my own body. Just in time to feel the overwhelming excruciating pain race through my body as Maurice shocked me with the paddles.

As a veteran trauma surgeon, Dr. Damian DeSantos has spent his career negotiating the limbo between life and death. In a race to repair an aortic aneurysm, Damian totals his car but manages to scramble free from the wreckage and make it to the hospital in time to save a life. On his way out, however, he sees a familiar face in the emergency room: his own.

Damian is in some kind of between-life limbo, but he soon learns that the world he knew was just the tip of a much bigger iceberg. While Damian thought he was holding patients’ lives in his hands, a greater battle for souls was taking place between the Tribunal of Souls and the evil Marauding Souls of the Dead.

Learning of his mysterious state, the Tribunal recruits Damian to help them return order to the lives of the living. Yet, he has his own demons to fight. In limbo, he is reunited with his dead wife, who shows him that his life was reduced to shadows long before his car crash. She will help him to heal, but he also needs help from the Tribunal to ensure he has a life to go back to--a life forever changed.

John Belmonte, M.D. spent more than thirty years as a General Surgeon bringing patients back from the threshold of death and watching others slip away. He saved lives in Vietnam, and his secondary specialty is wound care management. He is married and has four children.