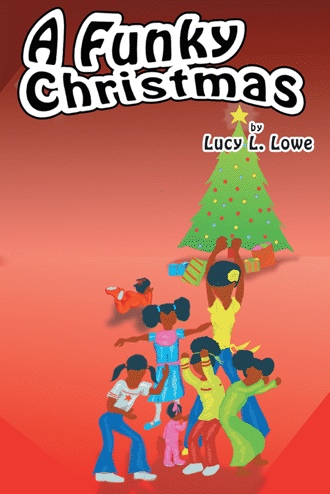 It was Thursday, December twenty-third, 1976. The town was blanketed with snow at thirty-one degrees. Christmas was upon us and the countdown was nearly up. Our emotions ran high; we were all filled with excitement and an unrelenting anxiety that produced fleeting moments of frustrations. Yet in those frustrations we, my six sisters and I, each shared an overwhelming desire to get down and dance our cares away.

This Christmas, with all of our hearts desires, would be like none other. We would be introduced to; death, hope, a shortage of black dolls and a new sound called “Funk,” as The Parliament’s, Tear the Roof off the Sucker, album climbed the radio charts.

After carefully scanning through the memory bank of my mind I made a withdrawal. Thus retrieving a charming little treasure deposited more than thirty-eight years ago, the Christmas of nineteen seventy-six.

At the most northern tip of West Virginia there’s a small town called Wheeling. The east side of Wheeling is where most of the black population resided. We being an African American family lived on that side, in a project called, Vineyard Hills. Vineyard Hills sat on top of a mountain. It consisted of thirty-two brick buildings, with three hundred-twenty eight units that lay nestled in the lush green forest around it. The Wheeling tunnel runs through this same mountain. Grandview Street was its summit.

Cherry Street was just one of the streets that carved out this mountain; it would be the last street before reaching Vineyard Hills. Cherry Street ran into Summit Street, a long steep hill with two entrances at the bottom of the projects. We lived in building sixteen, near the summit of the mountain. Summit Street seemed to shorten our journey. We often walked the long steep hill to enter the apartments there. There were other roads that ran off Summit Street. Vine Street, a heavily wooded area known for its black berries, sat on the left. Mesha, a brown three legged Chihuahua, lived on the corner. He chased us daily upon sight from behind a fence.

We were single parent, low-income family. Mommy was a beautiful woman, with soft caramel skin and long thick black hair that extended below her shoulders. She had seven girls between the ages of two and fourteen years old. She was a stay at home mom and outside of her government assistance; she received very little support. She, however, did the best that she could to provide for her family.

The Christmas of 1976 was fast approaching the projects of Wheeling, West Virginia, a town ensconced in the wintery mountains. This Christmas, with all of their hearts’ desires, would be like none other. One family would be introduced to death, hope, a shortage of black dolls, and a new sound called funk.

In A Funky Christmas, author Lucy L. Lowe shares the anxieties and excitement of her and her six African-American sisters ranging in age from two to fourteen as they become intertwined with an overwhelming desire to get down dancing to a new sound called funk. All hope is lost for fourteen-year-old Reza, who vows to run away to Soul Train if she doesn’t get a Loud Mouth eight-track tape player for Christmas. When eight-year-old Destiny hears that the Lord has called a family friend home, she convinces her younger siblings to take the phone off the hook. Meanwhile, as a shortage of black dolls sweeps the mountain community, six-year-old Ashley and four-year-old Cassey make a request that puts Santa’s reputation on the line.

A Funky Christmas narrates a Christmas memoir of one family, raised by a loving single mother, who shared a deep love and faith in God.

Lucy L. Lowe earned a degree and works in early childhood education. She lives in Atlanta Georgia, where she enjoys writing plays for her local church. This is her first book.