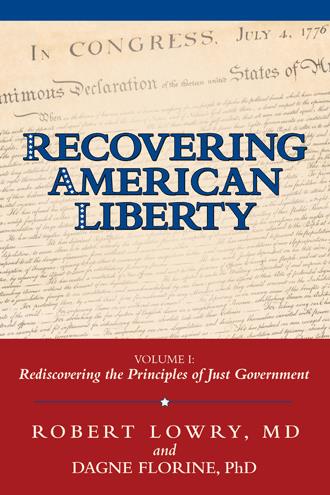 Over the past several decades, Americans have witnessed the enactment of a seemingly infinite number of laws across the political landscape, all supposedly needed to resolve a real or perceived problem, but enacted and enforced in manners which deny the whole and only true and just purpose of government – that of securing the individual rights of we the people – the better protection of those rights being why the government was instituted in the first place. These new and confusing laws assume many authorities exist within the offices of the government for which no consent to such authority has ever been given, or even could be justly given the government. These laws place significant illegitimate restrictions upon the freedoms, liberties and ultimately the safety of the American people. These laws violate the very principles of just government upon which, and only by which, the people of the United States agreed to establish formal political bonds between themselves as individuals, into states, and as an association of several societies (the individual states) into the nation of The United States. In each legislative vote passing these unjust laws, by each such signature of an executive sealing into record such laws, by each court decision claiming such laws to be legitimate, and by each act of a bureaucrat or what used to be peace officers, but now turned law enforcement agents, electing by their own will to follow unlawful orders to enforce (or threatening to do so) such laws upon the people, so too, has each person involved in all three branches of the government, at all levels of government, become guilty of violating the rights of the individual American citizens they are supposedly committed to protecting. With all three branches of the American Federal Government now corrupted and not only failing to do the job the government was established for in the first place, but actually more often working to violate the people’s rights instead of securing those rights, what option is there available to the people to rectify this tyranny…and how did this situation come to be so? Electing supposed conservatives into Congress has certainly not resulted in any cure to this mess. Supporting the various conservative groups that have sprung up the past ten years or so has perhaps prevented a few disasters, but the over all course of the Federal Government remains to be on a direct line to socialism and the certain economic and cultural disaster such a philosophy leads its followers into. An Article V convention has also been suggested, but even here, the conservatives cannot seem to get organized, as many with their standard defeatist attitude believe that if such a convention were to take place, that it would be run by liberals and result in further problems. Clearly though, what many true conservative leaders seem to be just missing, is that the problem is not with our government per se, but with we the people – yes: us. The root problem rests within the hearts and minds of we the people – yes, even of most conservatives. Accordingly, the cure will have to come from we the people as well. Americans will never be capable of recovering their rights and liberties, until they rediscover and embrace once again, the ethical principles from which those rights and liberties are derived.

Many Americans today realize that their own government is steadily becoming the greatest danger and threat to their rights, liberties, and future prosperity. In their attempt to right the errant ways of American government, millions of Americans have looked to the Constitution for answers, and yet “what is Constitutional” continues to elude those that we the people elect to political office. In Recovering American Liberty, the authors note the importance of the Constitution, but present an argument that contemporary Americans have lost sight of the ethical principles that the Constitution was conceived and written in, and ratified only in the light of – those being the self-evident truth principles laid out in the Declaration of Independence. Recovering American Liberty explores the Declaration of Independence and each of those self-evident truths. The authors reason that without Americans first becoming a people who once again embrace these principles in the Declaration, then all their efforts to Make America Great Again, will be for not. For, it is only because Americans once honored these principles in their personal lives, that America as a nation, became Great in the first place.

Robert C. Lowry, MD, grew up working in a small family-owned metal fabrication shop in south central Los Angeles. After high school, he worked as a roughneck in Texas. He earned his medical degree from The George Washington University in Washington, D.C. He now lives in Boerne, Texas, with his wife and children, and has a small private practice. Dagne Florine, PhD, is a product of small-town America, where she learned the value of hard work during long, hot summers at the Green Giant canning factory. She earned a Bachelor of Science degree from the University of Minnesota and her doctorate from the Mayo Clinic/University of Minnesota. After working in cancer research as a postdoctoral fellow and in the biotechnology field, she moved to Texas where she currently lives with her family.