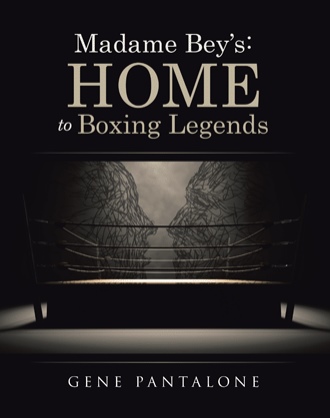 A boxing camp rose from the rural hills of New Jersey unlike any other; a place unlikely for prizefighters to train. The camp, built and used by the boxers themselves, attracted many current, former, and future world champions. They used the camp to hone their bodies and skills for upcoming bouts. It became hallowed ground for boxing.

They came with ferocious names like the Fighting Marine, the Manassas Mauler, the Black Panther, the Black Uhlan, the Brown Bomber, the Ghetto Wizard, the Astoria Assassin, the Toy Bulldog, Homicide Hank, and the Herkimer Hurricane. Their real names were Gene Tunney, Jack Dempsey, Harry Wills, Max Schmeling, Joe Louis, Benny Leonard, Paul Berlenbach, Mickey Walker, Henry Armstrong, Lou Ambers, Tony Canzoneri, James Braddock, Jack Johnson, and many other world champions. Many trained at the camp; others came to watch their successors and prospective competition. Following the top-rated boxers were their managers, trainers, and promoters. They had the best the sport had to offer. Managers Jack “Doc Kearns, Joe Jacobs, and Al Weill were frequent occupants. Trainers Whitey Bimstein, Charley Goldman, and Ray Arcel had many charges there. Promoters named Uncle Mike Jacobs, Humbert J. Fugazy, and Jimmy Johnston came to protect their investments by making sure their boxers were in shape. One of the best promoters the sport ever produced, Tex Richard, did not go to the camp, but he made sure many of his boxers did to ensure a higher performance for his audience. Following them, the leading journalists came to write about upcoming bouts; it was fertile ground for sports columns. Men named Grantland Rice, Damon Runyon, Frank Graham, Jack Miley, and Willie Ratner. Celebrities, politicians, and the public followed them to watch their favorite fighters.

Those boxers with the savage names did not intimidate the only woman among these brutes. The camp’s proprietor, an improbable person to run a camp for men who made their living by destroying others, was educated, a mother, a mezzo-soprano opera singer, wife of a Turkish diplomat, and personified sophistication during her years in Washington, D. C. President William McKinley and his wife considered her a best friend. Her name was Madame Hranoush Sidky Bey, but everyone called her Madame Bey. She created a home for her boxing clientele in which they could train for their sport. If you intended to stay at her camp, you followed her rules that she expected her boarders to abide by. There was no alcohol, prohibition the law at the time; up by six; breakfast at seven; supper at five; lights out at ten; no swearing; and no women. She was strict in running her business but had personal, matriarchal relationships with her boxers. She called them her boys. She shunned interviews and photographers until late in her life. Not wanting for accolades, she preferred to stay in the background while her boys took the spotlight.

It was a never-ending wonderment to journalists, managers, trainers, and promoters how Madame Bey could exact the finest behavior from these toughest of men. Madam Bey knew people, and the fighters knew she had their best interests in mind. If anyone challenged Madame Bey’s authority, the steely gaze of other boxers in the camp would meet him.

Madame Bey was an Armenian Christian, her husband, Sidky Bey, a Muslim. They met in their native Turkey, a country over ninety-five percent Muslim. Their romance and marriage became as unlikely as their running of a boxing camp. The two, undeterred, married despite cultural and family objections. It was one of many challenges, which Madame Bey overcame. If told something was impossible, she figured a way to succeed.

Before her boxing camp, she had danced at the White House and sung in Carnegie Hall. Sidky Bey, her husband, worked as the Second Secretary of the Turkish Legation in Washington, D.C. While in Washington, D.C., she quickly became a favorite at the Turkish consulate being the only Turk to speak English. She spoke five other languages – Armenian, French, Greek, Italian, and Spanish. She ran a successful Oriental rug business with her husband after they left the diplomatic corps, but her boxing endeavor she coveted the most.

In 1881, a little girl was born in Turkey to an Armenian father and a French mother. Her life’s journey would eventually lead her to immigrate to America, marry, and run a training camp in Chatham Township, New Jersey, that would host twelve world heavyweight champions and no fewer than seventy-eight International Boxing Hall of Fame inductees.

In a well-researched biography, boxing enthusiast Gene Pantalone shares the story of Madame Bey—a remarkable and fiery pioneer of women in business—who stood tall in a sport of men. Pantalone details the history of boxing and the life of Bey as she demanded exemplary behavior from the toughest of men. He shines a light on her ability to connect with people without preconceived notions, her roots in government and opera, and her friendship with President William McKinley. Included are bios of the notable boxers during Madame Bey’s era.

Madame Bey’s: Home to Boxing Legends shares the fascinating story of an aristocratic woman who managed a training camp for world champion boxers during the early twentieth century.

Gene Pantalone is a boxing enthusiast who had the opportunity to visit Madame Bey’s camp in its waning years when boxers still trained there. Today, he lives near the original boxing camp site and is familiar with the camp’s storied existence. Madame Bey’s: Home to Boxing Legends is his first book.