A Spirit of Resilience 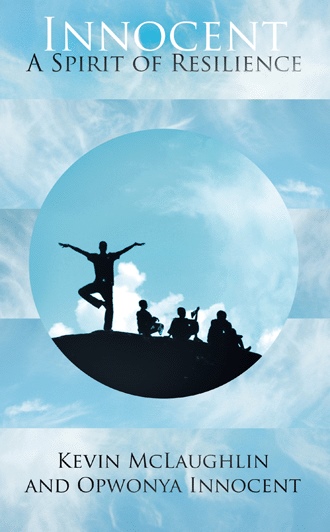 At this time, orders came down from Commander Joseph Kony for a major mission. Our army was quickly running out of weapons and our ammunition needed restocking. It was announced that the best soldiers from each of the four camps (the fifth of course being for top commanders who were too important and therefore never required to do any type of combat mission) were to be chosen for this very special mission. The mission was to cross over to Uganda and gather with the other units in Nimule Town before capturing and raiding multiple government army camps set up all along the Uganda-Sudan border. From my camp, eight boys were selected. I felt a greater honor than ever in my ten years to be chosen to represent my comrades as one of these elite soldiers.

Our small team came to Unyama Point of the Aswa River. We could not use the bridge because government soldiers were guarding it carefully, both from the Ugandan and Sudanese sides. The first boy chosen to cross the river was a very strong swimmer, so he went with a rope and tied it to a tree on the opposite bank. The rope was durable, so I trusted it to help me get across. We crossed the river one by one until all of us had made it safely into Northern Uganda, my home country.

Once in Uganda, we met with the groups of hand-picked child soldiers from the other camps. These kids were the toughest, most ferocious bunch I had ever seen. While I did not recognize anyone from the other camps, there was an automatic sense of unity. I knew that we were all there for the same mission, with the same goals, so I was not afraid of anyone there. A new general commander was chosen from among the adults and my young commander was chosen to be second in command. The four camps were now functioning as one unit.

The general commander addressed us for the first time, “I am so grateful to be trusted as your commander. I know I can do this job. Who can do this with me?” We all raised our guns high in the air and shouted, “Yah!” He then warned us, “No one should take off unless you hear the sound of my whistle when we are on the battlefield.” I knew that this mission was not like any other I had experienced. This mission would come with live combat and extreme danger. The potential for casualty was well-recognized and pushed aside by our shared desire to succeed, to please Kony, to do our part in overthrowing the government of Uganda.

We prepared for anything and everything we imagined could happen. Our commander taught us how to use bombs aimed to take down UPDF helicopters. Instructions were given for us to camouflage ourselves with branches but to avoid thick forests, as those were the places we were “supposed” to be hiding. The commander briefed us on the types of guns we would be facing; our small guns could not even compare to the robust weapons of the UPDF. The thought of being blown away by explosives flooded my mind, and I knew more than ever that my survival would rely on the saying, “Kill or be killed.”

Early in the morning, our team surrounded the well-established UPDF camp. Several of the rebel soldiers focused on the gate of the camp and carefully watched anyone entering and exiting. Our first priority was to take down anyone with radio communication to points outside the camp. We wanted to isolate the camp so that they were unable to call for any type of backup assistance. Our commander’s whistle sounded, and we began firing. We threw hand grenades into the compound to scatter the soldiers inside and fired our small guns. The UPDF was more prepared than we had anticipated and we were defeated quickly, forced to flee backward toward safety.

The commander’s whistle blew and I dashed to our special meeting place. When we reached the meeting point, all eight from my camp had escaped serious injury, though I noticed some of the adults were missing. Bullets more easily found their large bodies. Our commander addressed our weary group again and he planned a second attack that would take place immediately. Everyone knew that we could not return to our camps after being so terribly defeated. With uncertainty and waning hope in his voice, he told us, “The best we can do is to retaliate as soon as possible before the UPDF has time to call for backup.”

When the camp was barely in sight, we got down and army-crawled our way toward the camp. We made no sound and changed our priority to targeting the man in the watchtower first. Our commander abandoned his whistle and instead made a steady motion with his hand, almost as if waving a flag, and we began shooting. It took no time at all for the tower guard to be shot down. This small victory gave our group renewed confidence. For at least a brief time, we could move about with greater secrecy. We quickly divided into two groups that would fight in waves; as one group ran low on ammo, the next group would move in. This created the image that we were constantly increasing in number.

I was in the first wave of fighters and fired my gun at the UPDF soldiers until I heard the commander’s whistle for us to fall back and allow the second wave of fighters to come forward. I was flat on the ground. Grass was flying and falling all over me as if it was being mowed by the bullets fired in my direction. I was huddled between two adults, frozen with fear. One of the adults called out that he had been shot. I looked over at him and instantly could not control my bladder. His mid-section had been penetrated and all of his internal organs became visible, spilling out onto the dirt.

As our plan to rotate the front line continued, we noticed the number of UPDF gunshots decreasing. Soon thereafter, the whistle was blown three times - signaling victory - and my team rushed inside to take over the camp. While everyone around me rose and ran forward, I remained on my stomach, paralyzed by fear. I crawled to the wounded man next to me and held his head, trying to console us both, while not allowing myself to see his real condition. As he then breathed his last breath, I decided I must rise and rejoin the group. Many guns, loads of ammunition and plentiful food supplies were stolen from the army barracks. Six of the eight of our camp’s boys made it out alive. One boy with a gunshot wound to his leg was carried out. I heard a helicopter coming in our direction and rushed to hide myself by lying flat and covering my whole body with leaves and branches. The helicopter was coming to survey what had taken place at the UPDF camp and it caused all of us to flee in every direction. We were left to escape on our own, with the expectation that if alive, we would be capable of finding our way back to camp.

I found one of my friends in the bush, and noticed he had made it out of the camp with a small radio. He shared his find with me, and we hoped we could call home with it. We quickly realized that it was only a receiver but we could hear all that the UPDF was transmitting at that time. He handed me the radio and I quickly switched it off before storing it in my gumboots and covering it with a piece of cloth. Together, we started running as quickly as possible through the bush back toward our camp in Sudan. We met other comrades at the river, which was far more difficult to cross with the weight of all we had looted. In addition to the stolen supplies, we struggled to transport members of our group who had been injured in combat but continued to breathe. After a significant time and effort, we finally reached safely and reported our bounty to the commanders.

That marked the first and last time I ever stepped foot in the camp reserved for the top commanders. We had looted so much and felt proud of our victory. We returned to our camp and I immediately went to my commander to present him with the radio we had stolen. He praised me for what we had done.

Opwonya Innocent was born three years after unrest started in northern Uganda and three years before the formation of the anti-government Lord's Resistance Army led by Joseph Kony. Death came to his village when he was only seven, and soon his parents required him to sleep miles away from home for safety. At ten he was abducted by Kony's army and taken to a training camp for child soldiers, where brutality and violence became his new reality. After a narrow escape he was taken by government soldiers to a counseling center before returning to his family, now without the guidance of a father.

Since that time, Innocent has exhibited extraordinary resilience, pushing through these and many other challenges, ultimately securing a position which has allowed him to come to the aid of countless children in Uganda facing much of the same hardship. The book reveals, in his own words, Innocent's struggle to heal from the trauma he experienced, a growing awareness of a desire to help others and his tireless effort to realize meaningful, positive change. Innocent's inspiring story embodies the triumph of hope and determination over pain, trauma and fear.