Are You Brave Enough to Join? 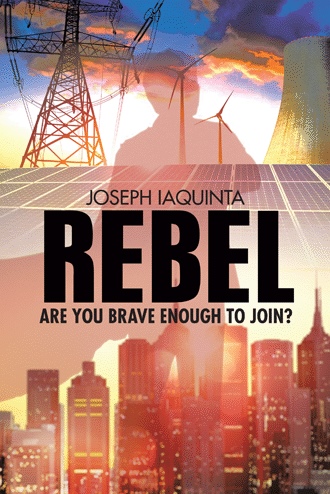 Grimaldi would explain his plan, “Nick, I feel like I could trust you with anything. Do you feel the same about me?”
“Of course, sir. We have known each other for years now. I couldn’t have achieved my goals with Leader Industries without you.”
“I have been developing a radical plan for over ten years now. I have been searching for all of these years for a man who can lead the Revolution.”
“What do you mean by a Revolution? Like Thomas Jefferson, Abraham Lincoln-type of Revolution?”
“Not quite. One day, when I was testing a Stealth-Fighter for the Air Force that my company was working on to improve its performance…” surprised at what he was told, Nick interrupted his mentor to comment, “I didn’t know that you were a pilot?”
“In my youth, I was a test pilot for the Air force before I went into weapons-manufacturing, with Grimaldi Industries. I would be able to test prototype fighters on my own. So when I was testing the fighter, I came across something in the Nevada desert that I think will change all of our lives one day. I was testing a new top-secret cloaking device on a Stealth Fighter.”
“Wait a minute. Did you say cloaking device?” Nick interrupted again in amazement.
“Yes, you heard right. While on the test flight, suddenly the Fighter was not responding to my inputs. I thought that I had lost control, but the Fighter was still in controlled flight and took me off of my predetermined course. I lost communications and radar and had no idea where I was going. I could not call for help. The Fighter landed on its own in the middle of nowhere. I was concerned but, for some reason, I was drawn to something in the distance. I carefully exited the Fighter then looked over my shoulder to see a shiny object in the dry lake bed. I walked toward the object as it glistened in the sunlight, which drew me toward it even more. It looked like some kind of shiny precious metal or jewel. As it drew me closer, I began to feel some type of presence in me. I could see that the object was not a treasure, but I had to unearth it to find out what it was.”

Grimaldi went on to explain that he dug and dug in the dry lake bed with his bare
hands and his survival knife. He slowly discovered that what he was digging up was not a small object instead, it got bigger and bigger as he dug. When he finally unearthed it, Grimaldi had come upon an unbelievable sight, a full human-size suit made of a material that he had never seen before. He then picked up the suit very carefully and returned to his fighter.

Nick had a puzzled look on his face as he looked at Grimaldi and asked, “I do not understand, what’s so special about this suit?”
“I’ll explain.” Grimaldi replied, “I returned to my test facility and decided to test the suit on my own. I attempted to put the suit on a fight mannequin, but I couldn’t find any zippers or buttons to do so. So I secured the suit on the mannequin by tying its arms and legs around the back of the dummy. As I began to feel the material, I realized that I’d never felt anything like it before. The material was very strong yet light-weight. I tried to tear it, but it was too sturdy. I then pulled out a hunting knife, and attempted to stab through the material, but again it was impenetrable. Then I decided to fire on the suit with a .40 caliber hand-gun, but the suit absorbed the bullets, which would just fall to the ground. Then I loaded an AK-47 and emptied the magazine into the suit with the same result. I then tried a clip of .50 cal. Armor-piercing rounds on it, but they would not even put a scratch on the suit. Crazy as it sounds, I stepped it up by using an anti-tank rocket, again, that could not penetrate the suit’s armor either.”

Nick interrupted, “Are you kidding me?” in disbelief.
“No. I couldn’t believe it myself. I then noticed something else: not only was the suit impervious to the attacks, but any debris or explosive force that was deflected from the suit would not spread more than one meter from the it. There seemed to be some type of force-field containing the blasts from any collateral damage outside its range. Seeing all of this gave me enough confidence to test the suit while wearing it myself. So I removed the suit from the dummy and attempted to secure it to my body. Again, I wasn’t able to find a way to put the suit on, though, so I held it up against my chest. Suddenly, it morphed to my body. I couldn’t believe what I was witnessing!”
“No way! It morphed to your body?” Nick asked excitedly.
“Yes. For the next test, I set a claymore explosive just an inch further than a meter from myself. I also set up three test dummies. All three were positioned a meter and a half to the left, right, and behind me. I set the claymore to explode, with my back facing it. When the claymore exploded, the suit covered my entire body. I felt nothing from the explosion. From inside the suit, I could see a containment bubble that absorbed the energy from the blast. I also could see that the test dummies had not moved or even had a scratch on them. I discovered something else as well: when the suit absorbed the energy from the blast, it seemed to give me a natural adrenaline boost that made me feel super-alert and energized. The suit transferred energy from the blast to my body. It scared me at first, but made me feel like an Olympic athlete.

Nickolas Leader is born into a wealthy family in Michigan. While his father’s side is from privilege, his mother’s comes from the rough side of the tracks. Nickolas spends a lot of time with his cousin—his mother’s nephew—and the two boys become close. When his uncle falls victim to an economic plight young Nickolas begins to see the predicament of a fleeting middle-class.

After Nickolas graduates from college, he feels more and more compelled to save the world from its lack of empathy. By now, he has learned much about the undeniable injustices affecting his mother’s family, while his father’s family continues to enjoy the spoils of wealth. He puts himself in a position of great power and influence, even developing a friendship with Giovanni Grimaldi— a powerful figure in military and political circles.

With Grimaldi’s help, Nickolas creates a persona for himself as a superhero named Rebel. Rebel will fight for future technologies and resurrect the American Dream while battling corruption. To succeed, Nickolas requires a small team of close confidants who will help him lead a revolution and combat the injustices of the world. Are you ready to fight back?

Joseph Iaquinta is passionate about the issues that affect our climate and the death of middle class America. He believes fiction can inspire all ages to get involved, especially youth. Today, people must once again band together and fight for the planet and their share of the pie.