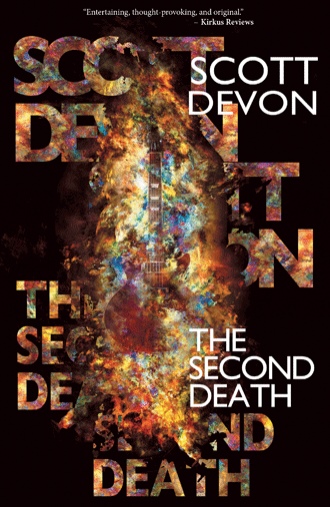 This was a deep sleep and the next dream’s when Charon’s anchor gets scratched after hitting the bottom of the fiery lake of burning sulfur.  You guessed it, I dreamt of the ol’ river fox.  The gamblin’ amblin’, the man who put the ordinary into extraordinary uncomfortable positions, the one and only, no good time for a bad time, Mr. Charlie Ford.

I’m thinkin’ ol’ Charlie’s name is nowhere in the book of life.  The judgement at the great white throne didn’t go so well, even O.J. ran outta memorabilia gloves.  Living in his, “House of the Rising Sun,” split me with one foot on the platform, and the other on the train.

The thing about bad men is ya can’t take your eyes off ‘em.  They suck up all the energy in a stadium, let alone the bathroom.  The magnet of evil is real, just like Hell’s is hotter than a two-dollar pistol!  Charlie didn’t respond to suggestions, he spouted commands instead.  His tide didn’t roll, you got clubbed by it, just like an Egyptian walkin’ straight into the Sea of Reeds.  But I didn’t get a history lesson, I only got trust issues, because my daddy was a liar, just like his daddy, the Devil.

He wasn’t just a rough diamond, he was all head down horns and anger camouflaged in a well-tailored suit and a sly smile.  He wore his collars high, and Elvis copied him.  He left thrills and chills, but they weren’t laid out on the ground, he made you dig for them with your bare hands, just for a chance to crawl out of the boat to save Private Ryan.

I know this sounds glamourous and appealing to you at a distance, but up close is where war has its own laws, and you got bit by the ol’ Cobra.  He moved on possession, like the Devil works.  Snakes lure you in, that’s why they are tempters, and why Domino’s set the pizza record as we watched O.J. and his white bronco on the 405.  Just waitin’ for the juice to spill.

They know how to draw you into the tight spots.  They beckon their prey towards their hidden jaws.  My daddy had excellent eye sight, snake eyes, but you were unlucky if you looked at ‘em, like a dog throw.  Paranormal eyes that could see behind him, even though he always sat with his back to the wall.

A dog will look down at the ground when he does all wrong, but my daddy would look you right in the eye.  The ol’ gunslinger learned a thing or two from Wild Bill’s mistake, when Crooked Nose Jack dealt Bill the dead man’s hand.

Being around him was like, “Touchin’ Wires,” and the, “Bootleggin’ Boozer,” sure knew how to stand out in a nest of bad men.  He pointed his noggin’ at the canyon of life and rode at it like most bulls do.  You never let your guard down around him even for a second or you’d veer off and kiss the wall, not the vanilla sky, when y’all thought Paul was dead.  You had to keep your eyes on him like all snakes.  He had aced the art of hurting you and make you think it was your fault.  Just with a look, let alone words, fists, stealin’ and cheatin’.

He was made with language that hadn’t been translated.  Obscure and obscene, and born on a day in 1904 when the Joyce fella set his Dublin, novel.  Some underestimate evil as unholy fun, but a snake reveals himself eventually, it’s in their nature.  Where you see nothing but the dark night of a rotten soul entering the pale moon light to a whiter shade of hate.

When you’re young, you don’t see past the dark corners, you have to trust someone to give you your name.  But I wasn’t born with a silver spoon, I gaged on mine, and sure as hell never looked forward to when daddy came home, howlin’ at the moon, because we never lived in the cat’s cradle.  We lived in his snake pit, and I didn’t want to be at all, “like him.”  I’m surprised he didn’t name me Sue.

The Devil was once a shining angel, but daddy was always just the Devil.  Maybe that made him worse than Lucifer and the red door was painted black before Mick and by the he-wolf.  God didn’t need to lift the roof off our house, and really see what was happening.  He could hear him just fine all the way to Heaven raisin’ Cane.

What is it about songs that seem to be written just for you?  Jagger knew that people would turn their heads and quickly look away, during the night time.  But daylight is when they couldn’t fade away and had to face the facts.  I think it means we’re more alike than different, but what the fuck do I know.  Hopefully, God in his mercy, broke the mold, and you didn’t have mildewed fingerprints that stuck around the mirrors cracks, like in Charlie’s old Ford.

Henry Ford lived a simple life of an ordinary salesman. But when the doctor calls time and he suddenly finds his physical body under the death sheet, Henry embarks on an extraordinary odyssey into the afterlife of purgatory where he must use a new voice to avoid eternal death in the lake of fire.

As Henry breaks into song guided by a piano man who helps him play with the riddles of pop culture, he dances with the hipster rock-star devil and his band of banditos, covorts with his playful, talented, and sin-sational girlfriend, Lust, makes amends with his family, and witnesses miracles—all while attempting to find the “Stairway to Heaven” and avoid the “Highway to Hell.” As his musical journey shifts from contemplation into heavier metals, Henry seeks answers to his deepest questions within a cast of characters that teach him that in the end, it is up to all of us to choose between the corrupting influence of evil and the redemptive virtues of good.

Filled with classic rock and roll references, wit, and charm, The Second Death follows one man’s thrilling ride through the afterlife as a battle for his soul begins.

Scott Devon is an acclaimed entrepreneur and artist.  THE SECOND DEATH is book one in a three part series.