The Role of Scientists in World War II 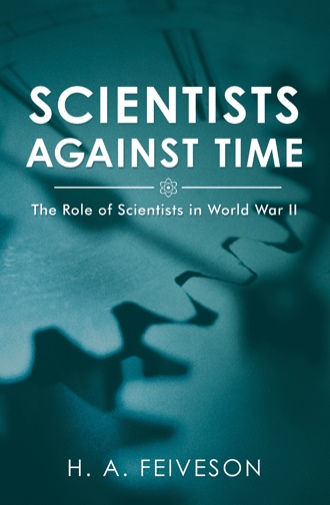 [In the Battle of the Atlantic] despite the March losses, already by late 1942, the tide was turning in the Allies’ favor. First of all, a person of tremendous abilities, Sir Admiral Max Horton, assumed leadership of the Allied effort.

Horton kept unusual hours. He worked in the morning, then took off each day for a leisurely round of golf between 2 and 6 p.m., and then went off to work again until well after midnight. Horton immediately agitated for more air cover and for more convoy escorts, and he insisted on far more extensive training of escorts – improving their tactics and coordination in attacking the U-boats. Also, as confidence in tactics increased, Horton more and more turned to a strategy of attacking the wolves, no longer seeking solely to guard the sheep by avoiding confrontation with the U-boats.

Secondly and critically, the Atlantic air gap gradually was closing. Some long-range bombers equipped with fuel drop tanks to markedly increase their range were diverted from other missions to the Battle of the Atlantic; and the first American escort aircraft carriers to accompany the convoys began appearing in March 1943.

Thirdly, the German Shark Enigma was finally broken in December 1942, as described in the preceding chapter, with Ultra thus playing a critical role in the battle against the German U-boats.

Science in the Turning of the Tide

In early 1942, the fate of the Allies appeared dire.

Germany had conquered most of Western Europe, and its armies were deep into Russia. Japan had overrun Manchuria, the Philippines, and the Dutch East Indies, had conquered large swathes of China, and had destroyed much of the US battle fleet at Pearl Harbor. But the tide of World War II turned dramatically in favor of the Allies, and in this, Allied scientists played a critical role.

The chapters covered in this book include an Overview summary of the entire war, the Battle of Britain, the Battle of the Atlantic against the German U-boats, the battle for command of the air, the Allied breaking of the German Enigma cipher, D-Day and the Allied invasion of Europe, and the Manhattan Project to develop an atomic bomb.

Harold Feiveson is a deep student of history, a masterful story teller and one of the pioneers in the global cooperative effort to stop the spread of nuclear weapons. This book provides a new, integrated overview of the remarkable technical achievements by the U.S. and British scientists who helped turn the tide of World War II. Although the war seemed endless to the participants, the number of world-shaping developments that occurred during the six years after the world’s industrialized countries committed themselves to total war is both remarkable and terrifying. The final breakthrough, nuclear weapons, led to a post-war nuclear-arms race whose dangerous legacy of destructive potential we are still struggling with today.

An authoritative introduction to what Winston Churchill called the “wizard war.” Feiveson’s examination of the crucial role played by science and technology in World War II will appeal to both specialists and military history buffs.

H.A. Feiveson, a Senior Research Scientist emeritus, who co-directed the Program on Science and Global Security at Princeton University for 30 years, draws upon the lessons he taught at several freshman seminars focusing on scientists in World War II.