A Social Work Academician’s Memoir of Intellectual and Career Development 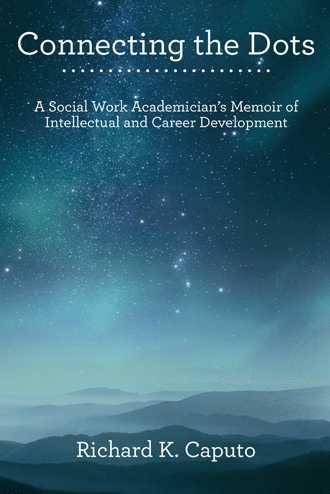 Unexpectedly during my first full academic year at Penn, I was asked to teach the course “Social Change: Issues of Race and Gender,” for the spring 1989 semester. This course, officially titled “American Racism: Strategies for Change,” pitted the newer faculty against the old guard. We newcomers, who but for me were women, pushed to expand the scope of the course beyond race per se. The old-guard faculty, correctly it seems in hindsight, stressed the institutional aspects of oppression which the official title of the course in their view captured better than did the working title. The course outline I was handed and expected to follow focused on strategies of planned change within social service agencies, seemingly so students could more readily identify with and engage in the assigned readings, class discussions, and term papers. I created my own working syllabus, focusing more on the relationships between economic and historical forces and issues of race and gender. In the process, I ignored the developmental work that Professors Howard Arnold and Louise Shoemaker had put into the course over the many years they taught it. In doing so, I contributed to further alienating myself from senior faculty, disregarding also the committee process of curriculum development. To my benefit, Dean Austin would point this out to me, even after I had resigned as Director of the Research Center. He also encouraged me, in true social work fashion, to pay more attention to how academic committees function and to find constructive ways to work with my colleagues, which over time to his credit, I eventually did.

Regardless of the course title and my naiveté about the politics of academia, as a white, heterosexual male (the universal oppressor) teaching primarily female and minority students, I felt “foolishly unqualified,” with little substantive knowledge about social change and for what I hope would be obvious reasons about race and gender. Yet, in light of the social reform courses I took with Professor Mann at the University of Chicago, devoting several class sessions to race and gender as forces in American history seemed preferable to getting a handle on social change and how to bring it about than focusing on how race and gender played out in social agencies and strategizing to change agencies. To prepare, I read “The Port Huron Statement” for the first time in its entirely, while assessing David Miller’s Democracy is in the Streets: From Port Huron to the Siege of Chicago (1987) as an assigned text for the course. I did assign The Welfare Mothers Movement: A Decade of Change for Poor Women (1981) by Susan Handley Hertz, Women on the Edge of Time (1976) by Marge Piercy, Gender Politics (1984) by Ethel Kline, Parting the Waters: America and the King Years, 1954-1963 (1988) by Taylor Branch, and Power and the Promise of School Reform: Grass-Roots Movements During the Progressive Era (1986) by William J. Reese, among others. I added The Apprenticeship of Beatrice Webb (1985) by Deborah Epstein Nord and Freedom Summer (1988) by Doug McAdam in the spring 1990 semester when I taught the course for the second time. I also added Bertha Capen Reynolds’ autobiography, An Unchartered Journey (1963), the autobiographical No Stone Unturned: The Life and Times of Maggie Kuhn (1991), and Sanford Horwitt’s Let Them Call Me Rebel: Saul Alinksy: His Life and Legacy (1989) to my reading list. When reading Let Them Call Me Rebel, I noted that Alinsky’s Hyde Park address was that then currently occupied by Professor Arthur Mann, who responded to my inquiry in a letter dated January 25, 1990 as follows:

Yes, Alinsky once lived at 4919 South Woodlawn Avenue. By coincidence, my daughter Carol is Sanford Horwitt’s literary agent. It fell to her to show one of the Alinsky children around the house when, without announcement, he showed up on our doorstep and said who he was. After my daughter informed him who she was, the two of them concluded – what?

As clichés would have it, I guess it is a small world after all, with eight degrees of separation, and the like. Upon reading of the letter from Professor Mann, “my all-time favorite faculty” and scholar then and still, I felt, as noted in my February 1, 1990 diary entry that I had “touched a part of history, having been in the house as a guest at several holiday parties and with my family who visited me in 1982 when I graduated.”  In any event, I thought students could benefit from learning about how Alinsky handled conflict, organization, and power, especially power I deemed more important to know than the social work emphasis on empowerment, whose individual, psychological connotations were secondary in my view to the more sociological, structural attributes associated with power. This was my way of retaining some consistency with the American Racism syllabus as developed by Professors Arnold and Shoemaker. With students’ consent, I ran the social change class as a seminar, having them select from the assigned readings and “lead” discussions, with my acting more like a group facilitator than a lecturer. I lectured only when presenting sociological theories of social change (evolutionary, equilibrium, conflict, and rise and fall theories) which became standard fare whenever I taught social change classes, whether in the MSW program at the University of Pennsylvania or in the doctoral program at Yeshiva University. I thought the course somewhat successful when I noticed related “Quote of the Week” signs students in my class initiated and posted in the lobby of the school, especially those from the Port Huron Statement. Preparing for and teaching this course brought back memories of the political activism and intellectual stimulation characteristic of my junior and senior years at Brooklyn College. “In many ways,” I noted on January 20, 1990 when I was teaching the course for the second time, “I am still ‘working through’ the emotional and cognitive transformations that accompanied the social changes and political activities endemic to the late sixties and early seventies.”

Richard K. Caputo, an under-the-radar social work scholar, shares lessons about finding his voice as a scholar, overcoming obstacles, and navigating the rigors and expectations of academia in this memoir.

From his days as an undergraduate to a graduate student; from being a paraprofessional at Arizona State Hospital and Division of Behavioral Health Services to a professional social worker at a family service agency then known as United Charities of Chicago; and from an agency-based professional to an academic, he reveals the trials, tribulations, and tradeoffs that went with each transition.

Join the author as he chronicles his journey navigating the political and social environment from the 1960s through the 2010s and juggling the demands of university life in Connecting the Dots.

Richard K. Caputo, Ph.D., MSW is a professor of social policy and research at Yeshiva University’s Wurzweiler School of Social Work in New York City. He has also been a social work faculty member at the University of Pennsylvania and Barry University (Miami Shores) and formerly held professional positions at the Arizona State Hospital and United Charities of Chicago. He is the author of many journal articles, essays, book reviews and six other books, and edited two books.