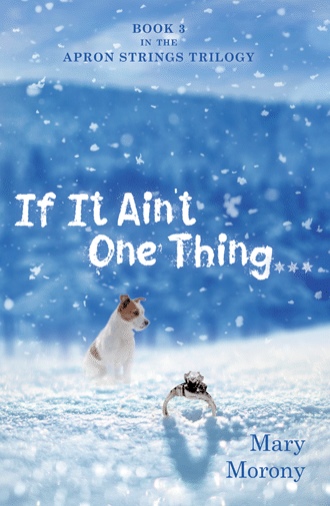 There, right there on Free Bridge—for God’s sake! Mackey sat fuming and feeling anything but free. The red light only added to the traffic congestion, which was even more stopped up than her head, and she was fifteen minutes late for her appointment with a destiny that she already didn’t like.

I’m sorry. I’m late. It was the traffic, a wreck I couldn’t go around. No need to lie. I can’t remember when I have ever come into your office and not waited. Do you think you could . . .?

Isn’t that awful about that little girl? Did you hear they are making dolls? I am really sorry. I know the value of time. It was the traffic. You wouldn’t have believed how bad, it was an awful wreck and the rubbernecking. Don’t you just hate that? I do too; it’s just so . . . well, a lie.

You know damn well . . . Take responsibility. You left late. Right, I left late. If I hadn’t forgotten my cell phone and gone back for it, I wouldn’t be late. There are no victims here. No excuses either. If I’m too late, I’ll just make another appointment. So what, I’m late, B F D. I’ll come back. You’ve . . . it’s only fifteen minutes, no big deal, they schedule in fifteen minutes for just this sort of thing. You son of a bitch, move the . . . Go, Go, GO! Goddamn it, I missed the light, you stupid . . . Now I really am late!

The traffic was so bad. I hate minivans. Have you ever noticed how they are always in the way, always in the middle of some clusterfuck? Snarled traffic? Traffic jam? I need to clean up my language. Jesus!

Gross, dude, pick your nose somewhere a little less public. I can’t believe this bridge sways so much. I thought they fixed that. Oh, my God, I’m late. Come on, let’s go. You can make it. God, I hope there wasn’t a policeman around, or I’m really screwed.

I wish Eric had made me get up. Why does he keep turning off the damned alarm? I probably could have . . . but then Joey doesn’t help either. I hate it when things are so damned crazy in the morning.

I’ve got to start going to bed earlier. Maybe I shouldn’t have had anything to drink last night, or at least not as much. Did I drink last night? Three—too much! Oh, my God, the mess. I can’t believe I left that spilled cereal there. Does he have to do it every morning? You’d think I’d be used to it by now. I don’t know why Eric’s logic made any sense. Let the cat clean it up.

She’s not supposed to be on the counter. I don’t want to know how she gets up there, and how in the hell are you supposed to train an animal if you aren’t consistent? Maybe it will still be there when I get home. I hope so. What am I thinking? Oh, shit, I left the list. What was on it?

She rummaged through her purse, located her phone, and punched Eric’s name, noticing her hands quaking slightly. “Eric, hi, what was I supposed to pick up at the store? No, I left the list on the counter. I’m late, so I don’t know anything yet. My head is so stopped up I can hardly breathe. I’ll call when I do. Yeah, I’m going to pick up Joey. Milk, anything else? Thanks. Bye, love ya.”

Don’t forget the milk. Milk, milk, milk. I can fill out the check while I am waiting at this light. Oh, right, no check, that’s why I pay for medical insurance.

She gazed at her reflection in the rearview mirror, brushing down the light brown wisps and adjusting her ponytail. Gray eyes stared back at her. Her father liked to say her hazel eyes were his best barometer for how she was feeling—sort of along the lines of the old “red skies at morning/Sailors take warning” . . . for Mackey, he said it was green eyes, delight—gray, take warning—light blue = ice storm, run for cover!

Who was the dimwit that thought it was better for the little kids to go to school earlier? Trying to get to that damn bus in the dark is impossible. Poor little Joey, he’s so tired when he gets home. It could be colder, I guess. I wish it would snow. Jesus! Come ON! Get out of the way.

“Are you sick?” Stuart asked as she tried to quell her rising dread. Stuart, for God’s sake stop, people go to the doctor all of the time. Give it a rest! She sounds like she has a cold.

“No, well, I don’t know. There was something not quite right with my Pap smear, I guess, because they called and said I needed to come in.”

Sounding casual but feeling otherwise, her mother said, “I hope it goes well. I guess you won’t be able to go with me to see your grandmother, then.”

“Nope, not today, I’m slammed. I’m at the doctor’s now. Gotta go. Give Gran and PopPop my love. Bye.”

The tires protested with a squeal as Mackey whipped her car into the space closest to the door. She grabbed her checkbook just in case, stuffing it into her back pocket while clicking the door lock over her shoulder and raced into the office. With a breezy smile, she greeted the girl behind the counter, “Boy, that traffic!” Looking up absently, the receptionist pushed a sign-in sheet at her. She noticed two names ahead of her own. “Whew, I’m not late.”

Picking up a much dog-eared Real Simple magazine, she noted that it was last month’s issue and began to leaf through it, only occasionally looking at a picture or an ad as she studied the other patients. One by one the room emptied. A nurse, featureless as a queen’s guard and as menacing, came to the door, issued a perfunctory summons, then disappeared again, closing the door behind her.

Her supporting foot twitched up and down unconsciously while her crossed leg swung back and forth, making the magazine in her lap jiggle and bounce. She stole a glance at her watch.

God, I hope he doesn’t keep me waiting much longer. I’m going to be late getting Joey from school. What time is it, anyway? Like I need to spend my whole day off here.

Again, another glance at her watch, taking in the information this time.

I’m not going to have time to get to the store or do any of my errands. Goddamn it. Would you hurry up? This is absurd.

“Ms. Buckner,” the nurse called from the door, looking around the room with a detached air, her hand resting lightly on the doorknob. “Ms. Buckner?” she sharpened the command.

Surprised, hearing her name, she jumped, then got up and followed the nurse through the door. “Do you have any idea . . .?Could you just tell me why he wants to see me?”

The nurse cut her off. “In here, the doctor will see you in a moment. Please disrobe and slip this gown on,” she said, as she shoved a folded paper tunic at her. Mackey felt and heard it crinkle and crunch as she took the proffered 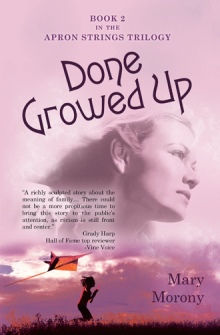 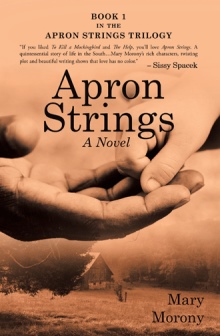 Nearly forty years ago, when she left home and moved to New York, Sallee Mackey was ready to start her law career and find a man to love. Peter seemed just the guy—a glamorous attorney who was different in all the right ways. Her family didn’t always approve of him, but Sallee stuck by his side, even when it pushed her away from the Mackey clan.

Now, Sallee’s petulant daughter Virginia is getting married, and she has chosen to do so at her grandmother’s farm in the Blue Ridge Mountains. Sallee is hesitant to return to her roots, but she doesn’t have an option. She won’t miss her daughter’s wedding. Family matriarch Ginny has even renovated the barn to entice the entire family to attend, no matter how many new skeletons tumble from half-open closets.

Overall, Sallee is happy to see her daughter marry but is concerned about her daughter’s fiancé, who has recently been discovered to be a star just starred in an as-yet-to-be-named pornographic film. Tension only increases when Virginia loses what little cool she once possessed. The Mackey family will have to hash out all sorts of old grudges as the weather forecast portends the biggest blizzard in years.

Mary Morony brings Southern charm, irreverence, and wit to subjects as vast as race and personal as alcoholism, always with heart and soul. She lives with her husband, two Great Danes, and one guinea fowl on a farm in Orange County, Virginia.