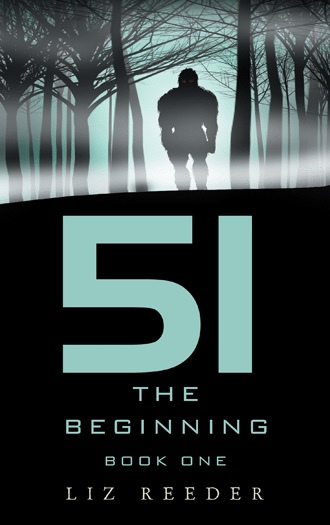 Lindsay Gold was at home when she heard knock at the door.   Standing at the door were two gentlemen she knew well.  She didn’t really like them but she knew them.  They were Bill Marks and Roy James, members of the county commission, and they rarely had anything nice to say to her.

“What can I help you gentlemen with today?” she asked with irritation in her voice.

“May we come in? We need to speak with you about something,” answered Commissioner Marks.

Lindsay politely stepped to the side and motioned for them to enter. That was where the politeness stopped.

Lindsay looked and the two commissioners and plainly asked, “What do you want?”

Roy was looking at the floor as if he were trying to memorize the design in the rug when Bill looked at him so as usual Bill did all the talking.

“First let me say I’m sorry the sheriff fired you.  Recently some things have come to light and have made us realize those reports of yours were right. I read them, and I know what they said and I think you were telling the truth” said Bill.

Lindsay put her hand up.”Stop right there. Why this sudden change? You told me that I was either high or crazy when you talked to me about that. You and the sheriff both told me that I should have never put anything like that in a report and I was going to embarrass the county.”She looked at Bill and Roy, who was still looking at the rug, and asked, “Where is the sheriff anyway? I have the feeling he doesn’t know you’re here because if he did he would have already called me and told me to not talk to you about this.”

Bill nudged Roy in the ribs to make him look up, at least briefly. As soon as he looked Lindsay in the face he immediately looked back down at the rug. Bill scowled at him and turned back to Lindsay.”Well there is a problem with the sheriff.”

Lindsay’s head tipped to the side, “What kind of problem?”

“Well, we are still trying to figure that out exactly.  He had a friend call him last night instead of calling the sheriff’s departments.  He said there was something prowling around his house but couldn’t tell what it was. The sheriff went out there and something attacked him and his patrol car.  When he called me he was talking so fast I could barely understand him.  All I could catch was that it was big, it was real, you were telling the truth and he quits.” Bill paused and let out a sigh.

“I called him back this morning and he was calmer but he said he quits as far as being the county sheriff. He never wants to set foot back in that office or take another call again.”

Lindsay stood shaking her head disbelief. “So why are you telling me all this?”

Bill looked as if he were at loss for words. He took another deep breath and let it out slowly, almost as if he were trying to figure out what to say. He looked back up and Lindsay and slowly started speaking. “We need your help with this. The sheriff thinks whatever he saw and what you say you saw is the same thing.”

“Why do you want my help? I was fired. Remember? This shouldn’t be that hard. The Chief Deputy takes over until an election can be held and if it was an animal, call the Conservation Department to deal with the attack on the sheriff and the patrol car.” Lindsay was looking at Roy the entire time she spoke. “Roy does that sound right to you?”

Roy answered “It sounds wonderful if the Chief Deputy hadn’t told us he will quit rather than take over that department. Oh and the Game Warden told us that it was probably a domestic animal that ripped the light bar and door off the patrol car.” He looked up and looked Lindsay in the face.  “Something happened and no one will talk about it. I am telling you that I am sorry you were fired. That should not have happened. We want to ask you to step in temporarily, if you can, as sheriff. Please.”

“Wow. Are you telling me that in this whole county you think I am the only one that is qualified to be temporary sheriff?” she asked as she looked back and forth at the commissioners.

Roy smiled. Bill answered “There were several we asked before you but none of they will do it. We told them what happened to the Sheriff and they laughed at us. They all refused and a few even told us to come here and talk to you.”

“Do you need an answer right now or can I call you in a couple of hours?” Lindsay asked as she looked at Bill and Roy. “I’m not telling you no. But I need to talk to a couple of people before I say yes. After what happened the last time I worked for the county you should understand.”

Bill grabbed her hand and started shaking it. “I completely understand. You can take all the time you need today. If you want you can call me in the morning with your answer. Thank you. Thank you.”

The two county commissioners turned and Bill began to open the front door.

“Wait a minute, why are you so happy? I haven’t said yes yet.” Lindsay questioned.

Roy turned and smiled, “Because you are the only one who hasn’t said ‘NO’.”

Lindsay Gold has recently been fired from her deputy’s position at a small county sheriff’s department in the Missouri Ozarks. Just as her family has begun to recover, however, two members of the county commission show up at her door. It seems the previous sheriff has quit, and they want her for the job.

When Lindsay assumes control of the department, she soon finds herself dealing with an incident that occurs on the local military base. Even worse, she’s receiving calls regarding strange creatures and paranormal activities. Fortunately, she has the help of a federal agent who is in charge of the program that caused the problems. Unfortunately, that agent, Wren Gold, happens to be her husband, who never told her what his job really involved. Now the couple must work together in order to manage the strange events of the county. Lindsay had expected a normal sheriff’s job, but she could not have been more wrong.

In this science fiction novel, a woman accepts a job as a country sheriff and then encounters bizarre events courtesy of a military base and her federal agent husband.

Liz Reeder grew up in the Missouri Ozarks and continues to live there with her son.