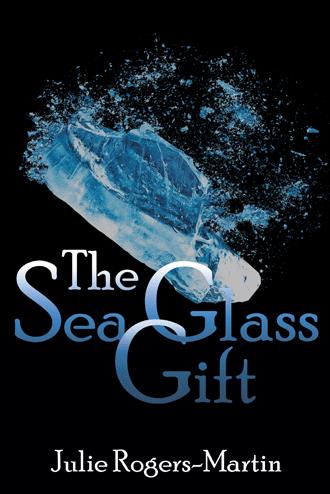 Anyone who grew up in New Orleans would find it arduous to live anywhere else. In New Orleans, children grow up, get married, and buy houses in the same neighborhoods as their parents or grandparents. It’s the New Orleans way.

Sweet mix, aka Creole, is a germane description of New Orleans. From the outside, people used Creole as a derogatory term, denoting half-breeds or subservient peoples. But from the inside, Creole took on its own flavor, as it blended the sweet mix of cultures for which NOLA (New Orleans Louisiana) was known. From that “sweet mix” was derived jazz, jambalaya, and even Mardi Gras.

How can you describe a city as ostentatiously resilient as New Orleans? Give us one hundred miles an hour wind and a city surrounded by water on three sides, and we invite the neighborhood over for a party, supply lots of alcohol and juices, and name a drink after it called a hurricane.

Give us the putrid reality of slavery: the auction block, the whipping post, humiliation, degradation, and we create jazz and blues-America’s only indigenous music forms.

Unload ships of immigrants from every country imaginable, and we craft a “sweet mix” of food that entices people from all ends of the earth to come savor it. Add some colorful artists, voodoo kings, drag queens, a few sprinkles of alcohol and urine, and you have the recipe for the French Quarter.

So when I awoke in another city with its white bread ways, its mono-toned accent and food, its bars that dried up at 1 a.m., I would scratch my head and say, “What? No turtle soup? It’s Monday. Where are the red beans and rice? How do I find the live music or the gay bars for the best dancing? Where are all the colorful people?”

Peter did not share my love of New Orleans. He thought it was filthy, lewd, and crazy. We managed pretty well as a couple because he didn’t try anything other than kisses and hugs. And those I could tolerate now, although I felt like a piece of lead each time. Will I start feeling something eventually? Does it just take time to get used to it?

The monotony of Baton Rouge wore me down. There were blocks of bars, but the people were the same, sorority girls, frat boys, white straight laced kids whose idea of a good time was getting crazy drunk until they passed out.

So when my friend, Larry, from New Orleans came to visit, I was ready for a ride.

“How do you like college so far?” he questioned.

“It’s pretty boring,” I replied, “the classes are fine, but Baton Rouge is the same old, same old.”

“What does that mean?”

I forgot. People from NOLA didn’t really have time to get bored. There is no ‘same old, same old.’ One season was a preamble to the next. New Year’s rolled into King Cake season, into Mardi Gras, into Easter, into St. Patrick’s parade, into Jazz Fest, into St. Joseph’s alter, into summer crab and crawfish boils, into Halloween, into Thanksgiving, into Christmas, and it all started up again. You could never think of leaving the city because the next holiday was just around the bend. Perhaps that’s why New Orleanians are great at having parties. We were trained by the rhythm of our calendars.

“So, where are the best dancing places in town?” he inquired.

“There are no dancing places. People here just get drunk. Sometimes at the frat parties, when they get really wasted they dance, but that doesn’t start until around 2-3 AM.”

“You have got to be kidding,” he added with repulsion.

“I wish I weren’t,” I shook my head in mutual disgust.

“Well, someone told me about a bar called The Cove,” he suggested. “They say it’s pretty fun. Let’s try that.”

We ate catfish po-boys first, crispy cornmeal breading that made your mouth water until you bit in. It resembled a salty corn chip sandwich. All the hot sauce in the world couldn’t bring the foundational fish flavor it needed. We threw the sauce-laden halves into the trash, and Larry boasted on the way out, “All breading and no soul. Some places have it and some places don’t!”

We headed to a bar and found it to be exactly as I described. People packed like sardines into every area except the dance floor. It was empty. Bar after bar it was the same. “What is the problem with these people?” he chided.

“I don’t know. I don’t understand it either. People who don’t dance, have no soul. How can you hear an enticing beat and your insides not rumble to get out?”

“I know. They must have some blood impediment. Or they are just too wrapped up in themselves to let their spirit out. ” We danced to a few songs but no one followed suit.

We finally headed to the other side of town for the Cove. As we parked, I heard the music, loud, lively, and lit. Is that laughter and carousing? The beat was so dynamic you couldn’t help but groove. We were bouncing before we even hit the door.

“Oh yeah,” he said, his neck swaying to the beat. “It’s Raining Men” was playing, and the pace was feverish. Within minutes the immense dance floor was packed. Like I had just been let out of a cage, not seeing any one or anything around me, I let loose. My soul shook with the pulse. I didn’t agree with Gloria Gaynor’s lyrics about how wonderful a world it would be if it rained men, but you wouldn’t know it by my dancing frenzy. It was impossible for me to dance and frown.

The Sea Glass Gift is the story of Jenna, a woman who survived child abuse and the surrender of her son for adoption. She walks a journey of brokenness and painful memories and then her life takes a turn when her son contacts her. As they exchange letters, they uncover insights about the relations among fragility, transparency, and destruction in a world of persistent change. Combining the intrigue of New Orleans, with the allure and science of glassblowing, Jenna’s story, based on a true one, is a tale of souls on the edge, which captures the hope that the broken bits of life, like shards of glass, can be transformed into spectacular displays of artistry.

Author Julie Rogers-Martin gleans stories from thirty years of working with at-risk youth and witnessing the shattering changes in their lives. She sheds light on pain and hope, brokenness and restoration, abandonment and homecoming.

Julie Rogers-Martin, an educator, has served at-risk students for more than three decades. The looks of wonder and enchantment that appear in the eyes of students she encounters in after-school programs, summer day camps, and public school and church classrooms are what give her nourishment and inspiration. She especially loves spinning the wonders of science and spirituality into conversation-inspiring narratives. Julie is an Inter-Cultural Intelligence Facilitator, and is on the executive board of the Inter-Faith Alliance of Brevard. She and her husband live in Melbourne Beach, Florida, where their grown children often visit.