Dalriada: Edge of the Blade 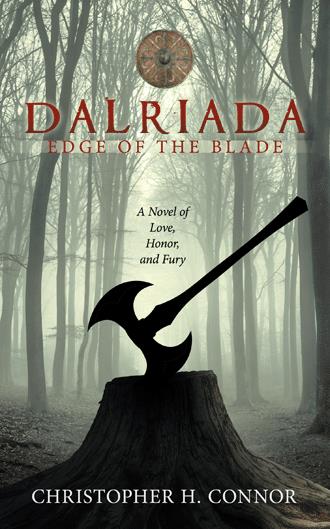 Gone. He was gone. Never again would Kenneth see him, hear him, touch him. How could he have lost his brotherthe boy who lived to wrestle, race, and watch the stars shoot by in the dark summer skies? Together, they had grown from boys to men. Though death was no respecter of age, surely eighteen was too young to die.

The pain in Kenneth’s gut was real, tearing at his soul, as if he was rotting from the inside out. The ache was incurable. How could this have happened? Kenneth asked himself countless times over. There was no answer. There would never be an answer.

Kenneth had been with Aiden nearly every day of his life. He was always the first person Kenneth saw at sunrise. He could see his brother’s dark head hiding from the light, trying to steal another moment of sleep before their father called them to chores. Now he was dead. Kenneth could not piece together all that had happened. Seeing his brother standing on the edge of the cliff and accepting death was more than Kenneth could bear. His brother’s expression had held no hope except the expectation of being released from pain. Kenneth reasoned with himself that it was his brother’s burns that overtook him, that the pain must have pushed him beyond his will to live.

A deep sadness tore at Kenneth, stifling his strength, and even his desire, to move forward.

Kenneth gazed at his chains and thought of his father. He had already lost two sons—would he soon lose a third? 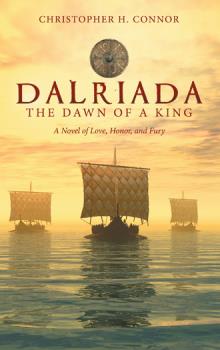 Dalriada: The Dawn of a King
Christopher H. Connor
$20.99

It is 831 AD, and Viking conquest has brought destruction and gloom to the village of Renton, creating tragedy and heartbreak to the clans of Dalriada. Still, Alpin and his sons, Coric and Kenneth, refuse to submit to the blade of their adversaries, bowing to neither Viking nor Pict. Now destiny’s hand is moving them to take hold of all that is sacred: peace, honor, and freedom.

As their enemies work to stop them at all cost, Alpin and his sons press forward in courage. After freeing his siblings from the merciless Vikings, Kenneth finds himself amid a tumultuous test that transforms his heart, character, and soul. Meanwhile, Coric’s pursuit to rid the land of the evil savages carries him on a perilous path into the dark den of his enemy. Arabella and Ceana refuse to stand idle, knowing the lives of their beloved men teeter on life’s razor-sharp edge. As few bravely stand against many, Halfdan and his Vikings toil to complete their conquest of terror, while Oengus and his villainous Picts attempt to fulfill their treacherous plot for dominion. Who will win the battle for freedom?

Dalriada: Edge of the Blade continues the treacherous, romantic, and twisting tale of Alpin, his clansmen, and their furious fight for survival as they embark on a predestined quest for a king.

Christopher H. Connor lives in Tullahoma, Tennessee, with his wife, Gina, and their four children, Colton, Casen, Cassidy, and Caryss. Dalriada: Edge of the Blade is the second book in a trilogy.