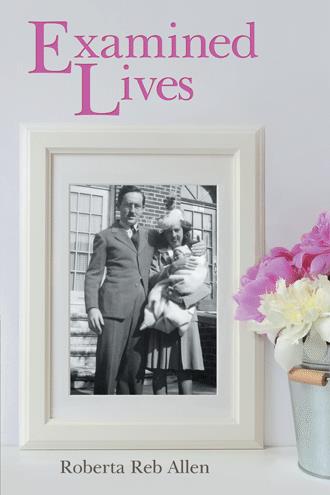 Gretchen must have hardly lived in her apartment. She was attractive, gregarious, full of energy and fun loving. In fact, in her scrapbook comments abound on her seeming endless visits to the restaurants, nightclubs and bars in downtown Chicago; the word “fun” is used constantly. She went with relatives and friends from Dubuque, groups of Chicago friends, double dates and single dates to scores of venues. And she had scores of boyfriends and would-be boyfriends whom she candidly commented on in her scrapbook. These included Harry “Northwestern dental student nice fellow,” Bob “who is studying to be a doctor. He is too old,” Jim “Very charming in a boring way, too stiff, too English,” another Bob “had lot of fun together. He had a hearty zest for life,” and Earl “Had some grand times with Earl.”

There were others with whom she had more sustained relationships and about whom she commented more fully. Jack “the gym instructor at the Lawson YMCA who I saw Chicago with for awhile. He is one of the most intelligent men I ever met. Looks like Errol Flynn and reminds you of Rett [sic] Butler in ‘Gone with the Wind’—He reminds you of a knight in the times of ‘Round Tables’ and swords. We took in one nite—the “Dome” of the Sherman, “Rickett’s,” “Ye Old Cellar,” “Old Heidelburg,” “Adolfo’s,” “Augustino’s” and the “Blue Star.” We also played ping pong — fought and walked a lot. He is 24 years old and has an exceptional esprit.” With Jerry she visited “The Ranch. . . afterward on the way home Jerry and I spied a Baby buggy in an apartment house hall and we stole it and I rode down Rush Street in a baby buggy. Fun. They took the buggy back though” The next day Jerry sends her a note with an ad for a baby buggy “You must have been a beautiful Baby — you still are you darlin dope.” She described him as “a big Irish good-natured and light hearted fellow who I had grand times with.” He, however, was more serious about her. “One Sunday morning a proposal of marriage at the door. Jerry surprised me on way to church — by meeting me at the door and proposing.” She obviously turned him down.

Gretchen Richard was a vivacious, competent woman who moved to Chicago on her twentieth birthday and began her rise in the hospitality industry. In her off hours, she devoured the nightlife with a string of young swain who wanted to marry her. But in 1950 after she had already become a wife and mother, everything changed for Gretchen when Dr. Walter Freeman pronounced her a paranoid schizophrenic on a Friday and performed a lobotomy the following Monday, robbing her of her drive and sparkle forever.

In a compelling memoir and family history, Roberta Reb Allen shares a fascinating glimpse into her mother, Gretchen’s, journey before, during, and after the lobotomy as she was adjudged insane and institutionalized for periods of time. Utilizing family letters, diaries, scrapbooks, medical records, an unpublished novel, poetry, photographs, and the writings of Walter Freeman, Allen sheds light on the effects the lobotomy had on her mother and herself as well as the societal and familial forces that fostered their mental illnesses, all while giving a long-awaited voice to the female patient whose lobotomy was completely unnecessary.

Examined Lives provides a candid look at mental illness while offering hope for overcoming even the most debilitating psychological conditions with the right kind of support.

Roberta Reb Allen graduated from the University of Chicago with a BA and MA in history. She spent most of her professional career as a curriculum writer, authoring works on a wide variety of topics. Now retired, Allen resides in Chicago and Albuquerque with her dog, Hayden. For more about her and her work, visit her at