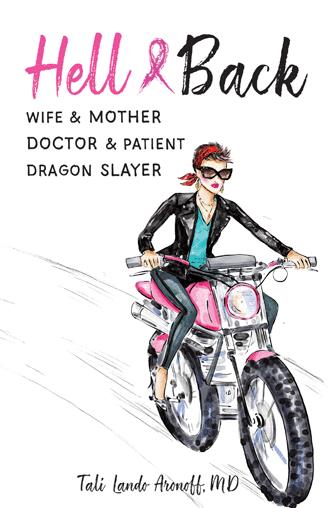 My previous visit to Dr. Gayle had been disappointing. He thought that the skin overlying the left implant had signs of long-term radiation-induced changes. This meant it was thinner and fibrotic. He did not think nipple reconstruction on that side was a good option. Even worse, he was now concerned about another complication called “implant exposure.” In this situation, the tissue overlying the implant breaks down to the point that a secondary surgery is often necessary to repair it. It’s a big deal when it happens.  It is another serious surgery with a prolonged recovery and long scar. Dr. Gayle thought this complication was unlikely to happen. But, he wanted to avoid further incisions and manipulation of the skin in that area. Neither of us wanted to take any risk.

Acute cutaneous reactions to radiation therapy are common.  They typically start 1-2 weeks after the start of radiation and lasts through its duration. The severity of these skin changes ranges from mild redness to complete skin ulceration and sloughing. Having ignored proper skin care guidelines, I was sure I’d have these problems. Yet, throughout my entire treatment course, my skin was normal and healthy. If not for the debilitating fatigue, I would have been convinced that the radiation techs had forgotten to turn on the machine. It didn’t occur to me to worry about late-stage changes. Now, I was standing in Dr. Gayle’s office as he pinched the skin over my left and right implants.

“See the difference? There’s just no give on this side.”

“So, what are my options now?”

“Well, I’ve gone without nipples this long. Do I really need them again?”

He looked at me. “That’s a question only you can answer.”

I called Alex on the long familiar home from Brooklyn.

“I think this isn’t such bad news.  I’ll just go ahead with the tattooing on both sides and be done with all of this.”

There was an extremely long pause after I told him. I thought we’d been disconnected.

“Processing what? Are you upset?”

“I don’t want to say anything. It’s your body and your decision. I just thought you’d want… you know… ultimately…to be complete again.”

Ultimately, without the possibility of nipple symmetry, I thought the option of unilateral reconstruction wasn’t worth it. It was time to travel to Finksburg to meet Vinnie.

For working mothers, one of the most precious commodities we have is time. We just don’t have enough of it and we can’t get more of it. That is why I felt especially grateful when my hardworking friends Karen and Debbie offered to take two days off from their busy work schedules to drive with me to Maryland. I had decided that I needed some closure. By closure, I mean nipples.

I picked up Karen and Debbie and loaded my Subaru with various snacks and drinks for the ride. As we backed out of my driveway, “Sweet Home Alabama” blasted in the background. Our exit from White Plains would have been so much cooler in a cherry red convertible with leather seats and the top down. I wish I could have justified the splurge.

By the time we arrived in Maryland, it was dark. I had booked a one-night stay in the nearby town of Westminster at a place called “The Boston Inn.” The tiny road leading to the Inn was deserted and winding, straight out of a horror flick. After twenty nail-biting minutes on that road, we arrived safely and unloaded into our first-floor room. It was a basic, acceptably clean motel, unlike its name suggested. Two bottles of wine later, we were all feeling happy. There were no screaming kids, no “Please Mommy just one more story,” no one complaining, “I don’t want to go to bed!” It was heavenly, relaxing and quiet. Maybe, a bit too quiet. Karen was convinced we’d be murdered in our sleep. A few hours later, despite her fears, the three of us passed out crisscrossed on the beds. In the morning, we were still alive, though a tad hungover.

We drove to the strip mall storefront housing Little Vinnies. As promised, it was the complete tattoo parlor experience. There were multiple booths off the main waiting area in which you could hear the buzzing of electric needles. After a short wait, out came Vinnie in his goatee and Fedora, just as I had pictured him. We were ushered into his private office which was recently remodeled. On the floor, there lay a black and white tiger rug. Debbie and Karen plopped down on the long white leather couch.

“Do you mind if I have my assistant take some photographs?”

My discomfort at stripping down in front of “medical” strangers had long been abandoned. I didn’t hesitate to show my scars to Vinnie and my friends because I wasn’t ashamed.

Vinnie eyed me carefully. He took some measurements and looked at me from various angles. I wasn’t prepared for what he said next.

Vinnie was absolutely convinced that the only remedy was surgical correction. He was impressively knowledgeable having logged many hours of observation in the operating room observing implant surgeries with a local plastic surgeon.

He wheeled his chair over to the desk and pulled out a clear, rectangular plastic box with two silicone nipples inside.

“So, the tattoos would be positioned, here and here.” He applied the fake nipples to my skin and they stuck temporarily.

He directed me towards a full-length mirror.

“You see, to put it bluntly, the headlights would be shining in different directions.”

A hilariously funny and informative memoir to guide breast cancer patients, their families and friends through the rocky terrain. Dr. Aronoff is the perfect Sherpa.


Impossibly deep armpits, wigs named Brenda, nipples shaped like bullets and when to play the “C-card.” These are some of the things they never tell you about breast cancer.

In this uplifting and poignant tale, Dr. Tali Lando Aronoff shares an honest account of her journey through the various stages of advanced breast cancer and beyond. As a pediatric ENT surgeon and mother of two toddlers and an infant just out of the Neonatal ICU, she was blind-sided by her cancer diagnosis.

This well-crafted and appealing book uses small-bite storytelling to explore heavy topics such as body image and complex relationships with friends and family. Dr. Aronoff’s voice is unique and relatable combining the knowledge-base of a physician and the personal insight of a patient.

This is the book for the recently diagnosed, those in the thick of it or those who are finished with the battle, their family and friends and everyone else in between, including the doctors who care for them.

“Candid and honest… her perspective as a doctor shines through… heart-warming… filled with truth… I laughed out loud. Patients will surely benefit…”

“Health care providers can learn a lot from reading this… It is so important to understand the full impact of this illness on the patients we care for. Dr. Lando Aronoff is a surgeon and outstanding writer.”

Tali Lando Aronoff, M.D., is a full-time pediatric otolaryngology (ENT) surgeon with a busy practice split between her offices and the operating room. She is also a mother of three young girls and an enthusiastic scuba diver and breast cancer survivor. She grew up in Allentown, Pennsylvania, and lived in New York City for a decade before settling in Westchester, New York, with her husband and children.