Artificial Intelligence and Our Spiritual Identity 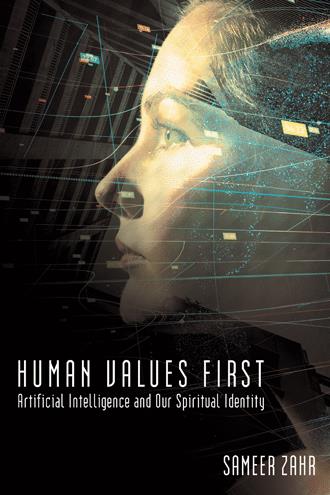 If this is how a strong AI occurs, the most immediate danger will simply be that a vast swathe of humanity now relies on the ecosystem of the Internet. It’s not just how we communicate or find information, it’s how our food supplies are organized, how our

pharmacists track our medicines, how our planes, trains, trucks, and cargo ships are scheduled, how our financial systems work. A strong AI emerging here could wreak havoc in the way that a small child can rearrange your sock drawer or chew on the cat’s tail.

“I find the above piece rather mild as it is not just ‘havoc’ here that may arise as a result of a strong AI, it is much more what great minds have expressed in what is referred to as ‘An Open Letter’ signed on January 2015 by 8000 highly respected scientists from different sectors of the spectrum basically highlighting the fact that while there are benefits to certain functions of AI, there are many other areas to watch out for in the future. I took an excerpt out of the text that read:

“We could one day lose control of AI systems via the rise of super intelligences that do not act in accordance with human wishes – and that such powerful systems would threaten humanity...What kind of investments in research should be made to better understand and to address the possibility of the rise of a dangerous super intelligence or the occurrence of an “intelligence explosion”?

"I basically wanted to underline the fact that it is not going to be an easy ride for AI development down the road. I am happy to find that there are many great voices sending alarm signals already. I am looking at the situation from the end rather than from the beginning.

I hardly have any comments on the technical development of Deep Learning machines, which has been taking place in the last few years in particular, and pretty much since I resigned from the field. Thank God George and Sean can explain it better in this regard.

"My main interest remains to observe the spiritual impact that may result from such a potential of an AI explosion in the future, and to do what ever I can to warn against it NOW. Again I truly thank Howard for opening this door for me and to give me the opportunity to share my thoughts, along with you, and hopefully with great masses of people around the world.

Therefore it is in line with my thinking for me to be very apprehensive about the advent of Super Strong machines that are referred to as ASIs. It is not fun to even consider the probability, even as low as 10%, that Super intelligent machines can outsmart and rule over us humans at some point in the future. This scares me. Just the thought of it makes me sick.

My focus, since I decided to be a spiritual minister to people, is to protect their spirituality and their continued faith, joy and gratitude to love life and cherish the great blessings endowed upon them by God, or the Universe or the Source of all Power or the Supreme Soul, what ever you want to call it. I am a great believer that connection to that Source is what ultimately identifies us to be Good Conscious Humans with great values that we are blessed with as the unique specie chosen with the privilege to enjoy life on this planet.

Therefore, I do not believe that man should live with fear no matter how small or big the risks or threats that future Artificial Intelligence will bring. We cannot become oblivious or ignore such threats. Hence we should fight it with courage not fear, with faith not doubt, with conviction of victory and not surrender to failure.

I do not forget what Oppenheimer said after he invented the Nuclear Bomb: ‘I am become death, the destroyer of worlds”. I pray that we don’t have to repeat similar words when AGI, eventually ASI  is invented.

- Can you imagine how people who lose their jobs to machines would feel? Howard can relate to how guilty he felt when 100 of his workers were displaced and how one of them committed suicide as he could not live with himself anymore when he surrendered and felt that he is a ‘failure’.

- Can you imagine the economic and social inequality that would arise due to highly imbalanced distribution of wealth?

- Can you imagine the high percentage of poverty that would prevail which will definitely create the need to establish ‘Basis Income’ measures which might be implemented by rich developed countries, but not the rest of the world, with the majority living in third world or developing countries that have no such wealth?

- Can you imagine the rate of increase in violent acts, including theft, murder and suicide even in developed countries that provide Basic Income to the less privileged people who get displaced?

- Can you imagine what happens to humans moral values when they become subservient to machines, feeling belittled obeying orders of their machine masters and relying fully on them how to conduct their daily lives?

- Can you imagine Super Intelligent machines taking over control from government hands and obliging people to follow certain strange rule and regulations? or even one day a Super machine taking control of a one-World Government?

- Can you imagine what will happen to churches or other religiousinstitutions that will be impoverished, and overcrowded with needy people and cannot afford to sustain the quality of their moral values?

identify biological human beings from non-biological robotic beings, walking on the same street or mixing in social circles without knowing who is who?

their children anymore as all such tasks would be taken over by AGI machines or Humanoids without empathy or compassion?

“I can go on and on and imagine what would happen to human relationships at work or in society, what happens to love and

happiness, but I leave that to you, as I get tired just running these negative thoughts in my mind.

So Howard, I have become more like you now, possessed and obsessed with this mission and calling, that I bless from all my heart. I am with you all the way!”

Dumbfounded by what they just heard, they all stood up clapping their hands and one by one gave Sylvia a big hug, including contrarian Sean who was deeply touched by her passion and love for humanity.

Before Howard retires as a successful factory owner, he fires close to a hundred men from one of his factories, replacing them with robots to improve profitability. But when one of his former workers commits suicide, Howard soon finds himself mired in guilt.

After a long, hard thought, he elects not only to try to help those his actions have hurt but also to take steps toward understanding how artificial intelligence is changing the way humanity operates. He brings together a team of authorities in the field for debate and dialogue, exploring the question of how to uphold the priority of human values in the face of rapid technological achievement. As he works with them to look deeper into the subject and consider new courses of action, Howard discovers this study to be a worthwhile pursuit in his twilight years. After all, just how much does the average person know about the pros and cons of artificial intelligence and its future impact on our daily lives and moral values?

In this novel, an accomplished retired businessman gathers a group of experts in order to explore the philosophical and moral implications of artificial intelligence.

He had a successful career as an international businessman. He is retired, but healthy, and wants to remain active in a completely different way. He chooses to tackle the enigma behind Artificial Intelligence and its potential impact on Spiritual Values. He is generous and highly intellectual, wanting to help humanity as his main legacy.