The Greatest Untold Story of the Civil War 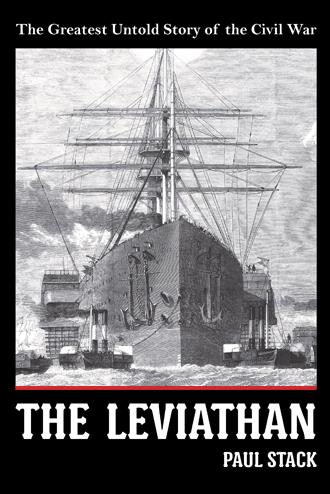 MANN’S yearlong stay in England had been frustrating. While he had had some success in his goal of nurturing sympathies for the slaveholding states among important men, he still had not secured a position that would allow him to adequately support his family. He and his wife back home were still living off the small stipend he received as the assistant secretary of state of the Commonwealth of Virginia.

In the evenings, Mann lay on his bed and assembled his thoughts, making plans and weighing options. One subject that was a constant in these solitary deliberations was the ship being constructed on the Isle of Dogs. Mann had been so moved by his first vision of the giant structure that he continued to visit the construction site at least monthly. Twice more he had gone with Tim Scott. Sometimes he brought new acquaintances, but most often he traveled alone, his visits pilgrimages to a massive iron shrine. Mann saw the ship’s double hull being constructed; saw her giant paddle wheels, each nearly sixty feet in diameter, erected on her sides; saw the shaft for her giant propeller, which would be an astounding twenty-four feet in diameter when finished, hoisted into place; saw everything huge and powerful and awe-inspiring about her. He carefully followed her metamorphosis from a construction project to an oceangoing vessel. At night, he lay on his bed mulling over the ship’s awesome potential.

One afternoon, Mann impulsively stopped at a stationery store and bought an expensive packet of writing paper. Once in his hotel room, he took his writing box from under his bed and removed from it his pen and ink bottle. Sitting on his room’s single rickety chair, with the writing box resting on the bed, he began writing:

To the Citizens of the Slaveholding States.

In September 1861, on the cusp of a winter storm in the North Atlantic, three men altered the fate of the world by pulling off one of the greatest acts of American espionage.

In England, cradle of the Industrial Revolution, the world’s largest machine was created—a giant iron steamship 60 years ahead of its time. The Scientific American warned that this colossus “could run down the whole of the largest steamers in any other fleet, one after another, without firing a single shot.”

The mission of the three Americans was to stop this colossus from entering a southern port without anyone ever knowing what transpired.

Inspired by true events, The Leviathan is a story of treason, espionage, and geopolitics; a family sundered by the conflict between the states; and of British capitalists lusting to dismember the United States for their own benefit.

Paul Stack has practiced law in Chicago for over forty-six years. After graduating from Georgetown’s law school, he worked as a law clerk for a federal judge, served as an assistant US attorney, and eventually founded his own firm. Stack and his wife live in the historic suburb of Riverside, Illinois.