From White Trash to White Coat

The Birth of Catherine’s Purpose 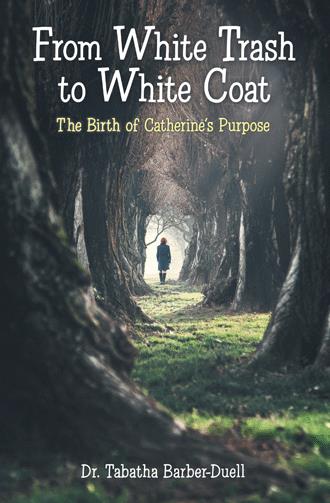 It was hard figuring out the appropriate balance between letting her have some autonomy while at the same time not letting her just give up when things got tough. I wanted her to have the freedom to imagine, experiment, and fail, like I had had, but with closer supervision and accountability.

As a child, I often walked a figurative tightrope and swung like a trapeze artist without a safety net. I wanted Delilah to "walk the tightrope" without fear, like I did, but I needed to give her a safety net in case she fell. The tricky part was not letting her necessarily see the net and rely on it. I strongly believe now that my successes and most enjoyable moments in life have happened when I wasn't living in fear. I also believe that most of my bad behaviors and decisions happened because no one was there with a safety net to catch me when I fell.

I wanted her to find that courage inside her heart, but I wasn't capable of completely looking the other way. Was I, as a parent, living in fear? Or was I being cautious and wise?

I realized this early on, when Delilah was learning to ride a bike. Luke was coddling her and trying to protect her from ever falling off the bike, but I argued with him that falling is inevitable, and she'd never learn to ride if didn't let go of her bike. He was living in fear, and I was not about to let her learn that stifling behavior.

I took over teaching her how to ride, and he went in the house, all pissed off. I gave her a pep talk, then reassured her that I wouldn't let go until I was sure she was ready. I ran up and down the street, probably ten times, holding her seat and yelling, "Look up! Keep pedaling!"

I finally let go, and she rode all the way to the corner, then ran into the curb and fell over. She cried for a minute, but then she said, "Hold me again!" all excited as she climbed back onto her bike.

She knew she could do it and that falling wasn't the end of the world. The joy of riding was worth the little fall.

Her dad ran out of the house. "Good job, sweetie. You did it!" he yelled to her.

"Yes, I did. I taught her to not live in fear," I replied to him with a smirk on my face.

"You're lucky she didn't ride right into the intersection," he snapped back.

"Oh, good Lord. Relax, Luke. You can't protect her from everything, every minute of the day. You're not doing her any favors by smothering her with your safety net."

That was one of many struggles Luke and I had while trying to raise Delilah. I believe that if you don't make them try when they are scared, or If you let them give up when things get tough, then they won't know how to accomplish things, follow through, or finish anything. They will never experience pride or come to know their self-worth. They will not become independent, productive members of society.

Cathy Jansen is a small-town girl with big ideas. Strong-willed and stubborn, she grows up with too much independence and not enough guidance, enjoying the wilder side of life, which ends up leading her down unforeseen paths. While still in high school, Cathy gets pregnant, and although the school suggests she quit, she is determined to carry on with her education.

Despite her resolve, Cathy must learn lessons the hard way. She struggles with self-esteem and identity issues as she fights to survive the ridicule and stigma of being a teenage mother. Her difficulties lead her toward her life's purpose, teaching Cathy to trust the "little voice inside" and create a new path of success, selflessness, and meaning.

Cathy begins to understand the love of Jesus as she learns the rules and reasons leading her path. Despite heartbreak and frustration, she discovers ambition and appreciation, eventually finding a way to live without fear while living in love. Cathy's journey is one of trials and tribulations, but with tenacity, she unearths herself and happiness and recognizes God.

"This book is authentic, important and real-just like its author. If we all had the courage to show our struggle instead of only our triumph the way she has, the world would be a far more beautiful place."
-Meghan Heritage, creator and founder of the Be Event and owner of BlueWest Properties

Dr. Tabatha Barber-Duell knows the hardships of Cathy's story firsthand. Her life went down a similar path, but with perseverance, she was able to redirect her purpose and become a successful physician who is now devoted to giving women a voice and a choice when it comes to their health. Dr. Barber-Duell currently lives in Spring Lake, Michigan.