Finding the Faith to Overcome 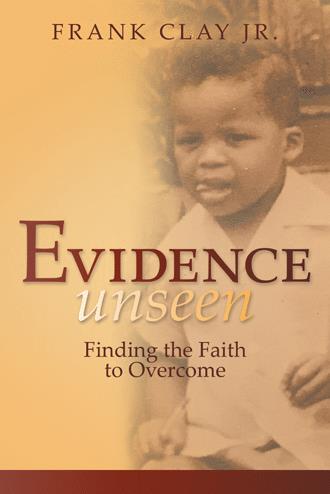 With the life I was blessed to have all these years, it is very interesting that I can only remember just a few landmarks from my early youth. For instance, I recall at my elementary school—which was six blocks away from our house on East Woodlawn St.—having to stand in line and hold hands as we walked into our classrooms as very little ones. I was always positioned at the end of the line, not because of the color of my skin, but because I was rather tall for my age and that was where tall kids had to go. I guess that could be called height discrimination which I would suffer all my life. I so desperately wanted to be the first kid in the front of the line but that would never happen at my elementary school. If lines had to be, maybe we should have lined up tallest to smallest sometimes. Our schoolyard where we assembled had no grass, which made it a perfect place for kick ball, which I was good at. We had the red ball that was bouncy and fun to play with especially when it came to dodge ball. I was particularly very good at it due to the fact that I was very quick and very skinny. In fact, I would have the nickname “Sticks” because I was skinny as a stick. If I was being called out, my grandmother knew it was either because of my last name “Clay” or because I was skinny. She would say to me, “Sticks and stones might break your bones, but names will never hurt you.” That little reminder helped me to deal with the bullying and stay out of trouble and not want to fight back at those who were calling me names.

A block away from our row house was the corner store that had all my favorite candies and bubble gum. I would do anything for a Kit-Kat, Good and Plenty, Tootsie Roll, Three Musketeers, Wise Potatoes or a TastyKake Pie. You could get a piece of candy for one or two cents back then. For this reason, I stayed alert at all times for any copper one cent Lincoln coins that could be found on the ground, especially around the baseball park which was right across the street from our house. It was completely gated by a tall and pointed black-ironed fence that surrounded the baseball field and the East Germantown Recreation Center. I would learn the value of a penny early. I was also attuned to places were coins were dropped or left behind. It would be routine for me to check the telephone booth at the gas station at the end of the block or look through the sawdust on the floor of our neighborhood butcher store. We were taught in school about Benjamin Franklin’s quote, “a penny saved is a penny earned,” and I instinctively realized that you need that penny in your hand to save it. Benjamin Franklin was one of my youthful heroes because he was the guy who flew kites and invented electricity. I loved to fly kites that were made out of paper and utilized a ball of string to get them high in the air.
In a way, I had it “all” right near me; everything I needed to keep me busy as a kid. There was the recreation center and the baseball field in front of our row house that were surrounded by grass a full block long in each direction. My favorite time to run around in the field was when all the dandelion weeds were in full bloom and all the yellow flowers were everywhere. I’d slip through the tall pointed fence where the space made by a bend allowed my body to slip through. I would run and run, until I heard my name, “Junior!” Seemed like I knew my mother’s voice from a mile away and I would come running when I heard it from anywhere.

The iron fence around the recreation center and baseball park area would have a lasting impression on my memory. One day while I was still in school, I would see each section of iron fencing go flying by during a really bad storm during the fall. I would find myself clenched closely inside the coat that my mother was wearing when she came to get me from school. My right ear was against her heart as she held me tightly in her arms and ran quickly to get us home after picking me up from school. I remember the wind and leaves twirling all around her as she rushed home to get back to my brother and sister. It is a fine memory because I never would feel that type of closeness to her again. Therefore, this recollection of a loving mom sacrificing herself to protect her child would stick with me all my life. I knew my Mom cared for me deeply and would do anything for me to ensure I would grow up to be the man I would ultimately become—even if there were things she would end up doing that I would never understand why. I loved my “Mommie” as I would call her in my youth. I could always count on my Mom to come and rescue me.

Evidence Unseen: Finding the Faith to Overcome is an exhibition of how an African American man successfully navigated the highs and lows of life in America. Frank Clay Jr.’s memoir tells his life’s story of overcoming challenges personally, corporately, racially, and more.

Clay shares intimate details of his life that include growing up in Philly in the 1960s in the midst of gang life, learning tough lessons while navigating adulthood through college, serving his country, and tackling career challenges in both corporate America and entrepreneurship. Throughout his narrative, Clay’s story of perseverance and determination reminds others—especially African
American males—that they too can rely on their faith and grit to put the past behind them, triumph over obstacles, create a loving family unit, and ultimately realize a divine purpose. This inspiring memoir captures the essence of a man’s journey from childhood to manhood as he overcame adversity and challenges to attain the American dream.

Frank Clay Jr. is a U.S. Army veteran, entrepreneur, and the founder and principal of 2020 Solutions Inc. He is also a speaker and executive coach who holds a BS in business administration and a MBA in business management. Clay and his wife, Joy, live in Overland Park, Kansas, and have two children and six grandchildren. This is his fourth book.