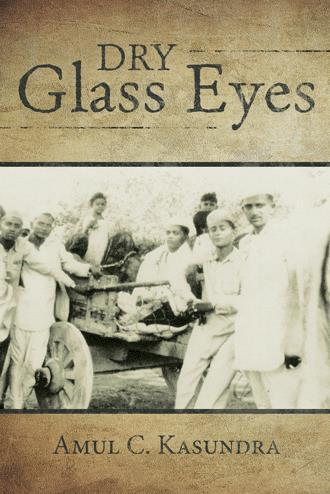 The village consisted only of an agrarian society. They had no police or lookouts to alert the villagers of any visitors, nor have they ever found a need for such measures in the hundreds of years of farming this land. But Savji was up early that morning. He stood on his rooftop balcony watching the sunrise and listening to the distant roars that directed the forest to begin a productive day. It was the beginning of a chorus. He could hear the chickens, progeny of the ones that escaped from the Muslim village miles away, crying out loud in freedom to the glorious return of the light. He could hear the mooing protest of water buffalo calves to their mother, as the women milked utters into large pewter jugs singing their morning chantey. It was a fugue of sounds and smells that Savji needed more than any powder or ointment. He stood up straight and breathed in the air of his land, proudly, before he lit his pipe. This was his favorite time, before his wife and children awoke, before the scuffles and chatter and the chaos of family life. He let the bright green herbs kiss the flame ever so gently as if to politely request, before allowing the flame to consume the plant into releasing her love.

Savji fixed his eyes on the small hut on the north eastern corner of the dwellings arranged in a crude residential suburban commune. He had decided to seek a distraction from his troubles by spying on his best friend since, Bhim bhai {brother Bhim}. The two had grown up together. Savji was the rich skinny boy who could read and write (somewhat). Bhim bhai was a boy two days older and nearly two feet taller than Savji by the age of eleven.
Kurji, Savji’s father did not enforce the cast system. He saw the dark skinned ones as the original stewards of this land. The Arian contribution to phenotype did not impress Kurji, especially protesting how such simple differences should assign men destiny. From his own experience, these purebred men of the Indus worked harder and showed great strength in times of need. It embarrassed Kurji when these so called “untouchables” showed pleasure in attending to their assignments more so than any others asked to do similar chores.
So there was never any reason for the boys not to play and grow up together. Bhim bhai taught Savji how to birth calves, and Savji tried desperately to teach Bhim bhai how to read Gujrati. It was a perfect friendship because each had a gift the other could not compete with. It is the most fortunate iteration of a mathematical/philosophical idea called “Non zero sum”. In this example it was the clear win-win outcome. It was an arrangement so well understood, if not by any academic nomenclature, that the two could occasionally engage in childish behavior even at this age without fear of falling off any branch.
Today, it was Savji’s plan to finally solve the puzzling behavior of his friend. Bhim bhai had been missing breakfast gathering in the morning and some of the supper gathering as well. But Savji knew every face in the community. He could take a slow glance at the crowd to see who was present and who was missing. How curious, thought Savji, that every time Bhim bhai was missing there was another hole in the self assigned seating order of his pupils. So he decided to investigate and interfere, in the best sense, of course. Savji perched and fixed his gaze on his friend’s dwelling like a distant lion spying on his pray and planning his route.

A crouched figure emerged from the tiny hut and unfurled himself comically into the giant he was. He did a quick stretch and yawned before grabbing a bag and, after a careful screening for witnesses, sprinted into the bushes like a child running in hunger towards a mother’s call. Savji could see his friend fortified by the mango tree off property and well hidden from any morning farm activity. Now to check his suspicions, Savji changed his focus to the larger hut at the north western corner of his commune. Just as Savji predicted, a short and slightly chubby girl with pale complexion came creeping out of the back door and stealthily climbed over her father’s goat fence before disappearing behind the tree line. Savji tried to spot her, but despite his eagle eye perch, she evaded him in the bushes and the shrubs like a young lioness on the hunt. But Savji knew who it was. The giant was meeting his dwarf in the jungle. The short and happily figured child belonged to the Maareth family. Her name was Bharati, and this morning she proved to be much spryer in the fields than anyone had ever imagined, properly motivated and driven by her emotion, not by some childhood game of tag or hide and go seek. Like a mongoose she weaved in and out of the thicket in a route familiar, no doubt through daily practice to reach her bough, too tall to hide in short brush.
It was by the sudden flight of weaver birds in the north bush that first distracted Savji’s attention. They all lifted off the trees appearing like a black and green sheet being fluffed on a mattress. Savji’s eyes were still healing but clear enough to see the formation of men and two grand coaches approaching the village center. Savji coughed and cleared his throat. He took in one more deep breath before heading down.

It is 1936 and Savji is a wealthy, influential landowner who is heir to a vast farmland cultivated by generations of Kanjias since before the British occupation. Savji, who does not support the racist caste system, has a big heart, a beautiful wife, and four children. Unfortunately, his somewhat normal existence is about to be thrown into turmoil.

When the British decide to appoint a new Muslim king to govern this rural farm country, Savji becomes deeply concerned about the state of balance in nature that is being disturbed by the greedy ruler. After Savji confronts the might of the king, he is exiled from his home, left destitute, and forced to move to the city. Here, he discovers that there are far greater dangers in the men of ambition than there were on his utopian farmland. One fateful evening he is forced to step outside his character and commit a horrific act that will leave his family scrambling in desperation.

Dry Glass Eyes is the compelling story of a humble Indian farmer and landowner who wagers everything he knows and loves to confront the new ruler of his land.

Amul Chimanlal Kasundra was born in Vanthali Gujarat, India, the son of a prominent, stubbornly honest engineer who pushed math, science and reading. At age eight, Amul was introduced to a library in Junagudh where he read his first novel, a translated copy of 20,000 Leagues Under the Sea, a small event that changed his life forever.