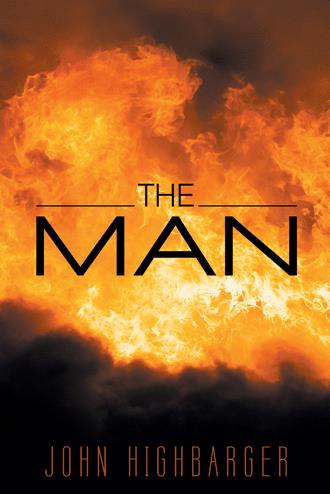 Mary Ann had signed up a Wall Street hedge fund manager as a customer, a man that she had known for several years named Hasim. In casual conversations with other friends, she learned that Hasim was under investigation for insider trading. She wasn't sure what to do, if anything, but she was seriously concerned that any such investigation of one of her customers could be a big problem for her. After confirming the rumor with multiple sources, she sent a private email outlining what she knew. She heard nothing back. Four days later, Hasim was walking to his car, in the parking garage at his apartment, and didn't notice the man walking towards him. If he had noticed, he would have seen that the man was wearing a "hoodie" and carrying a can of hairspray and a lighter. As they got within a yard of each other, all Hasim knew was that fire erupted everywhere. His eyes quickly burned and melted. He breathed in the flames, causing near instantaneous death. His body lay burning on the garage floor for a half-hour before someone else walked by and discovered it. The police had no evidence to go on, but pursued several people implicated in the insider trading investigation. They found nothing, but assumed that the killing was to keep Hasim from making a deal and turning state's evidence against one of his co-conspirators.

Mary Ann heard about Hasim's death from a friend, the next morning, and confirmed the circumstances in the paper. Her concerns had been justified. She was very worried now, but nothing happened to her, so she figured that she had handled the situation correctly, in the eyes of her bosses anyway, and went on about her business. She now understood the rules of engagement.

A guy came up to her in a bar, knew her name and acted as though he knew her, but she didn’t recognize him. They talked a little over a drink. “I hear you can fix me up.”

“I beg your pardon.”

“You know, I understand that you can supply any kind of dope I want.”

“I don’t know what you are talking about. Who told you that?”

“I don’t remember, I really need something, can’t you help me.”

“No, I have no way to help you.” With that she walked away, in a hurry. This bothered her a lot, she made a note of the man’s name and looked him up on the internet. He didn’t seem to have any connection to her, or any of her friends that she could find.

The doorbell rang, one of her representatives, Vivian, was here and in a panic. She had signed up a guy who approached her, someone who said they knew her, but she didn’t remember, and now he has called her and said that he never got his email. What should she do?

“What is the guy’s name?” It was the same man who had bothered Mary Ann. “This is bad, this is very bad.”

“Don’t return his call. Try not to have any contact with him. If he does manage to chase you down, deny everything, pretend like he is crazy. If he says something about the credit card, ask him to show you the charge. Under no circumstance admit to doing anything. You must assume he is wearing a wire. They didn’t reject him for no reason.”

“Just don’t admit to anything, it should be OK.” Mary Ann wasn’t so sure that jail was really Vivian’s greatest problem  but there was no reason to bring that up. Immediately after Vivian left, she fired off an email to the secure server outlining the situation. If Vivian screwed up, that’s too bad. She wanted these people to know that she didn’t screw up, and to prove where her loyalty lied. She felt bad for Vivian, a friend for several years, but she should have known better.

Two days later she got an urgent call from another friend: “Did you hear? Vivian was found shot to death near central park. It looks like a robbery gone bad. What on earth was she doing there at that time of night?” Mary Ann pulled up the name of the persistent customer wannabe on the internet. He was found dead near central park as well. This may be an easy way to make a living, but you have got to do it right.

Suddenly, The Man is a single parent. His wife has just died of leukemia, and he now must raise their children on his own while sifting through personal grief and starting a Foreign Opportunites Fund for his successful firm. In desperate need of help, he hires a live-in nanny.

After a major trauma in his life, The Man becomes a modern, technology-based drug mogul. He establishes his drug business from scratch, carefully piecing together a network of suppliers that keep his identity secure. As a rich businessman, he is able to stay active in anti-drug efforts, and he and the The Man are now on a collision course neither could have foreseen that could alter the political climate of the United States.

The Man is a sweeping thriller with multiple story lines, colorful characters, and heart-thumping drama. Author John Highbarger introduces many technologies of the future and the effects, good and bad, these technologies may have on society. Packed with action, intrigue, and family, this page-turner inspires serious thought and will make you question all you know.

John Highbarger is a retired Global Managing Partner of Technology Strategy in the world’s largest consulting firm.  In this role, he advised many large organizations on strategy and technology. His projects resulted in major strategic improvements to businesses and the adoption of cutting edge technologies to help clients lead or continue to lead their markets. He now teaches in the McCombs School of Business at the University of Texas at Austin.