by Joel Terry May 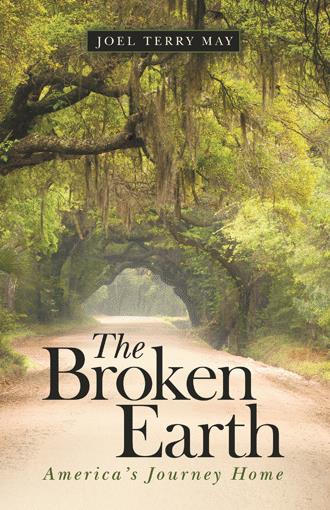 They made their way to Washington through Richmond. The streets were littered with the rubble of burned out buildings and destroyed warehouses. People were milling about trying to regain a sense of order after a war that was as close to hell on earth as one could possibly be. Some were literally picking up their lives, brick by brick, salvaging any usable remnant left behind after the conquering army passed through. Men would hardly turn their heads as they passed, but women stared at them as if they were evil incarnate. John and Thomas wanted badly to explain that they were not Union, but they pushed on.

They were used to seeing the destruction that resulted from battle. They were battle hardened and had grown accustomed to having death all around them. It was something that they knew from sight, sound, smell and touch. Death and destruction were the canvas and media of war. It was a picture painted much too often for them. It would live with them for the rest of their lives, during waking and sleeping moments, forever, no matter how they wished it wasn’t so.

What was it that allowed a man to fight on when others around him perished, day-in and day-out? No one knows, but it had to be special to a man’s character to push himself, and, those around him to fight on in the face of imminent doom.

The three men stopped to watch two children, a boy and a girl, digging a woman from beneath the bricks and mortar of a fallen building. The children stopped, stood up and turned in their direction. It became obvious it was their mother they were trying to uncover. John stepped down from his horse and went over to the woman and started to uncover her. He could see that she was face down. The boy, who looked to be ten years old, picked up a stone and hit him in the arm with it. John kept digging. Thomas and Matt got down too, and proceeded to help.

They uncovered the woman. John lifted her, and began to walk down the street carrying her in his arms. The others followed. Matt approached two men with a mule drawn wagon. He asked if they would convey the woman’s body and the children to the proper place for her internment. They agreed. Matt offered them money for their troubles. They would not take it, nor did the children when offered. Their hurt and pride would not allow them to accept charity. The three men continued on in silence.

After the Civil War that destroyed the fabric of America, soldiers, slaves, and the rest of the country must find their way again. Where do the slaves go when they’re placed on the road to freedom, and how do they survive without the means necessary? What does the vanquished soldier find when he struggles to return to a homeland destroyed and defeated? How does the citizenry right the ship of state? These are questions people face in the aftermath on their journey home.

Captain Matthew O’Brien, a Union officer and assistant to President Lincoln, recruits two Confederates, John and Thomas, at Appomattox to form the nexus of the Secret Service. They receive their appointments from the President the morning of his visit to Ford’s Theatre. They’re to begin a journey to New Orleans, their first mission. Evangeline, a former slave, joins their entourage in Virginia to find her mother in New Orleans.

Filled with drama and mystery, The Broken Earth, a historical fiction novel, shares the stories of a cast of colorful characters as they adjust to a new life and a country torn apart by war.

Joel Terry May writes and paints as he seeks the voice of God in all things. His writing exemplifies his relationship with God and his willingness to obey. He is also the author of Harvest of the Soul.