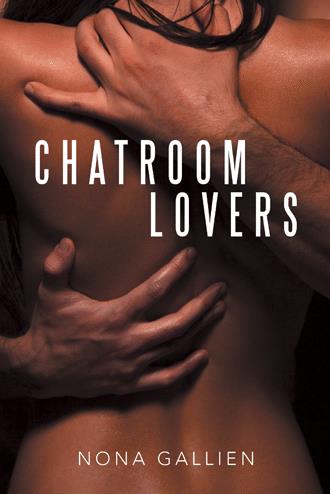 Christine and Neal were standing by her car waving at the children, who waved back until they were out of sight. Christine looked at her watch. She didn’t want to be late for her online date tonight, and she needed to make several stops before she went home.

“You want to come up to the house for some tea, coffee, some something?”

“I thought you had plans?” Christine smirked.

“You didn’t believe that, did you? I made a big mistake and took her out a few times and have regret…wished I hadn’t. She’s all over me every time she comes out here. I was so glad to see you today!”

“Well, you shouldn’t have given her a taste.” Christine said wickedly.

“I didn’t give her anything. Not even a taste, thank God. Why, aren’t you the little naughty mouth?” He gave her a devilish grin. “Besides, I only gave one woman a taste.” He said getting closer, his leg touching her leg in those skinny jeans.

“You want me to believe that you’ve only slept with one woman?” She folded her arms across her chest to hide her sweaty palms. He was too close and making her temperature rise.

“I didn’t say that. We were talking about tasting.”

“Sex and tasting are the same things.” She remarked.

“No, they’re not. I’ve had sex and can’t remember one thing about it. I’ve tasted and never forgotten.”

“Really, it was that memorable?” Christine began to tremble. She hadn’t forgotten a taste either. That is, if, they were talking about the same thing. She didn’t dare ask.

“Oh!” She backed up against the car. He was facing her, his body was touching hers.

Christine mistakenly licked her lips. She felt him, and he wanted her. His bulge was poking her, and he’d trapped her between his arms and the car. Her arms were by her sides, her fingers trying to get a grip on her jeans. Her green-eyed devil was coming closer. Damn! Did she lick her lips again? She didn’t mean to. Her chest was moving up and down too fast. If he kissed her, she would melt. She didn’t know if she was ready.

Christine couldn’t breathe. She was afraid to open her mouth and breathe. If she parted her lips, it was an invitation. Did she want him to kiss her? She’d asked him for one the last time. But she’d had an escape plan then. She didn’t have one now. ‘Oh no’, her inside voice screamed. She was about to be in so much trouble.

Neal kissed her cheek and touched the corner of her mouth with his tongue. Did she moan? Or was it him? He pressed his body closer. He knew he was tight inside his jeans. Moving closer he kissed her again on the other side of her mouth. She parted her lips. He felt her heart racing and her breathing becoming erratic, or was it his? Slowly he bent to kiss her full lips.

“Neal! Neal!” One of the ranchhands came running toward him, shouting and waving his arms.

“The…the Mare is birthing, and we think its breach. We need you, hurry!” He said, out of breath.

“Oh, Christine…I gotta go. I can’t believe this keeps happening to me.” He kissed her hard, tasting her, pressing his body against hers. Pulling back, he stared into her eyes, he kissed her once more soft and quick, and then he took off running.

Christine bent over, holding her knees, laughing and taking a deep, deep breath. Did she have a guardian angel? Did she need to be mad at her guardian angel? What was wrong with her? Here was this sexy, gorgeous, hot guy that had everything a woman could want. She wanted him…at least she thought she did. She was jealous when that other woman was touching him. Why was that? When just a moment ago, she wanted him and didn’t want him. She almost had him again. Damn! Damn! Damn!

Christine Billingsley is a young, beautiful black woman torn between her career and her desires. She’s also torn between two powerful men. She has caught the eye of the CEO of the company where she interns, but she also enjoys attention from her sexy green-eyed supervisor, Neal Langston, an engineer by day and rancher by night.

At first, Christine fights her urges by denying how she feels about Neal until they share a passionate kiss at his ranch during an employee picnic. However, their love is not meant to be, and Christine instead ends up running the company at Neal’s side. Their relationship is still complicated, so Christine fills the romance void by chatting with strangers on the Internet.

She is very fond of one man in particular who she spends hours chatting with online. They even arrange online dates! As Neal returns to his old tricks, flirting with Christine, she finds solace in a man she has never met. Although she still has feelings for Neal—and the sex is incredible—it’s time to move on … but fate has other ideas.

She is a native Louisianan and an avid reader and writer of romance. She lives with her husband and two cats. Her stories take you on an adventure while the characters find love and romance. She hopes you’re amazed by intrigue, chaos, and perplexity. Finding love is not always easy, but when you do, hold on tight. Read my words, feel my words.