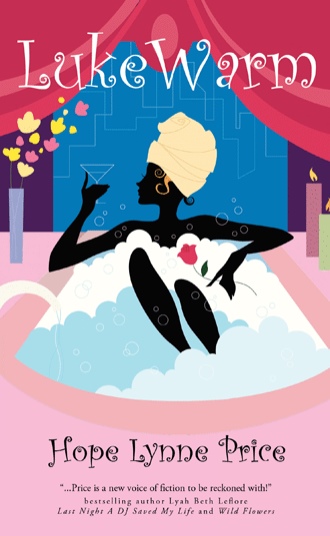 Shelby’s limp wave was more like a dismissal. She briskly strode away, her heels clicking a four-four time signature against the cobblestone. She had departed abruptly, leaving the other women chit-chatting on M Street in front of the restaurant.

“How dare that narcissistic, gluttonous, frugal ass bitch pull that crap again?” she muttered to herself, picking up the pace.

Shelby was beyond livid. Joan had ordered Prince Edward Island Mussels for an appetizer, a Rack of Lamb for a main course and a double dose of dessert – Chocolate Truffle Dome and Crème Brulet - because her fat ass couldn’t make up her mind, not to mention the two bottles of Moet. Her lunch was more like The Last Supper. It wouldn’t be an issue if Miss Piggy would just come out of pocket and pay for what she ordered, because she was a lobbyist for the world’s largest drug company and girlfriend was paid lovely. But as usual, when the bill came it was split evenly amongst the six of them, it didn’t matter that Shelby had only ordered a Cobb salad and drank half a glass of champagne.

That was it! To hell with The Ladies Who Lunch! The lunches were getting tired anyway, always some expensive “pantyhose and pumps” restaurant where the tip alone could feed a family of four for a week. Everybody was battling the middle age bulge anyway. They needed to switch from the Ladies Who Lunch to The Ladies Who Skip Lunch,” especially since four out of six were in the market for husbands and had no intention of settling for anyone who wasn’t handsome, successful and virile. Had they looked in the mirror lately? Didn’t they know successful, middle aged, single men in Washington, DC were all in the market for girls fresh out of puberty, not overweight women on the verge of menopause. If that were the case they would have stayed with their wives. Between the divorcees, the neurotic commitment phobics, and the “sweet and low” brothers, a middle-aged woman in D.C. might be forced to wait for the second coming of Jesus. Besides, if she had to sit through one more anecdote about the feats of French poodles, or read one more card signed, “Love, Joan and Cuddles, she just might puke. Shelby was losing her patience for the superfluous clutter in her life, and now she could add The Ladies Who Lunch to the list!

“Ticket,” the slight woman with enormous eyes and a sharp bird’s beak for a nose uttered with an accent, jarring Shelby, still lost in her thoughts. Shelby pulled her parking ticket from the side pocket of her Fendi bag and handed it to the garage attendant.

She checked her cell phone while she waited for her car to be retrieved from the underground lot. She’d missed three calls. She took her phone off vibrate and dialed her voicemail. The first message was from Laura Tillman, President of the Chums, a “civic” club made up of Gold Coast socialites who spent more time gossiping and hosting fashion shows and tea parties than they did on any civic activities. Shelby’s mother in law had been a charter member forty years ago, and thought it only proper that her daughter-in-law belong. Laura called to remind Shelby she was responsible for picking up cucumber sandwiches from Balduccis for club meeting tomorrow.

In her typical patronizing manner, Laura went on to say, “Thank goodness, I don’t have to worry about you doing anything as crass as picking up hot wings from the deli section of the Safeway Grocery Store like Addilyn Winston did for the last meeting,” she laughed, as if she was throwing Shelby a compliment. Laura had lobbied to keep Addilyn Winston out of the Chums because of her “lack of pedigree,” but when Addilyn’s husband was appointed Attorney General, Laura did an about face.

In any case, Shelby preferred hot wings to slice cucumbers on white bread any damn day, and Addilyn at least brought a little bit of flavor to the antiquated club, that but for their daughters and daughters in law, was primarily made up of aging members who still considered their alabaster skin a prize and a privilege. Shelby’s grandma Mama June would have taken one look at Laura Tillman, rolled her eyes and declared her “a bunch of yella gone to waste.”

Shelby clicked delete, mischievously thinking of picking up a bucket of Popeye’s Fried Chicken instead of cucumber sandwiches, just to drive Laura Tillman’s blood pressure up.

The next voice she heard was Weldon’s, informing her that he would be at the country club playing golf all day and would grab dinner there.

“So, what the hell else is new,” uttered Shelby as she clicked delete. Next she was greeted with her twelve year old daughter Leslie’s screeches in distress.

“Mommy, where are you? I was supposed to be at the Ice Pole Skating Rink by 4:00, you’re late!” Shelby looked at her watch; it was already ten after four.

She had totally forgotten about Leslie’s monthly Ann and Andy activity. Ann and Andy - the exclusive, historical, social club for privileged colored children founded before integration by wives of black doctors and lawyers had evolved through Colored, Negro, Black and African American, and still remained stalwart in its mission of making sure children of the elite rubbed shoulders. Her husband Weldon had grown up in the organization, making Leslie a legacy, and as usual at Weldon’s mother’s pleasure and insistence, Leslie was signed on to carry on the family tradition.

When the black BMW SUV pulled up, Shelby tipped the attendant, jumped in the car and shifted to drive. Sunday afternoon traffic on M St. was abysmal. Darting across an intersection on yellow, she made a right on 26th St. heading toward P, where she jumped on the Rock Creek Parkway. The first signs of spring beckoned and people were out in droves, biking, running and walking the trail winding through the urban forest that swaddled the endless creek that flowed the length of the city.

She turned on the radio in the car and was startled by the loud, syncopated, sing-song voice. She had almost forgotten it was Sunday and by trained reflex quickly lifted her hand to change the station. If she was in the car with her husband Weldon they wouldn’t dare listen to anything that remotely resembled the raucous shouting of a “fire and brimstone” Baptist preacher. Just the sound of it irritated him. Like Weldon’s family, they were Episcopalian. They were reserved and dignified and went to a civilized church where people spoke quietly in monotones and sang Anglican hymns to pipe organs and hand bells. They were led through the same ceremonious formalities Sunday after Sunday, so that after a while, even a deaf, blind, brain dead person could skate through the service without missing a beat. This time, instead of changing the channel, Shelby turned it up.

His voice catapulted her all the way back to childhood, back to the New Jerusalem Baptist Church in Clarksville, Virginia, where she spent every Easter growing up. She and her sister on the front pew, saddled between Mama June and her great grandparents Grambeazy and Papa Josh on Easter Sundays, legs polished to high heaven with Vaseline, lace trimmed anklets tucked in shiny black patent leather, scratchy crinoline slips under frilly chiffon dresses with Shirley Temple finger curls. Shelby was spellbound by the preacher with his animated exhortations, sweating in the pulpit in his long black robe that looked more like a super hero’s cape...

It is becoming more and more difficult for Shelby Reed to ignore the mounting restlessness brewing inside. Caught in the throes of a midlife crisis, disenchanted with her marriage and bored to death with the superficial junk that fills up her life, an unhappy Shelby hides behind the picket fence of her “perfect” lukewarm life. Desperate for a change, Shelby is coaxed into jumpstarting her career after a fourteen year hiatus.  She thinks her new job will be the answer to her growing restlessness, but instead finds her answer in the arms of an arresting stranger that reawakens her soul and reignites her libido. Shelby walks head on into an intoxicating, tumultuous, steamy extra-marital affair that ultimately leaves her winded and unraveled and within an inch of losing not only herself, but the one thing she holds most precious in life. In this poignant novel, a middle-aged woman on a frenzied search for satisfaction is forced to confront her demons. It takes the spoon-fed wisdom of a well-seasoned, jazzy, old soul to nurse Shelby back to health and lead her to the road of self discovery where Shelby begins her quest to find authentic happiness.

Hope Lynne Price, a graduate of Howard University, is a drama teacher at the Fillmore Arts School in Washington, DC. She is also a poet (Larry Neal Poetry Fellow, DC Commission on the Arts and Humanities), playwright (A Love Supreme, National Black Theater Festival) and children’s author (These Hands, Hyperion Books.)