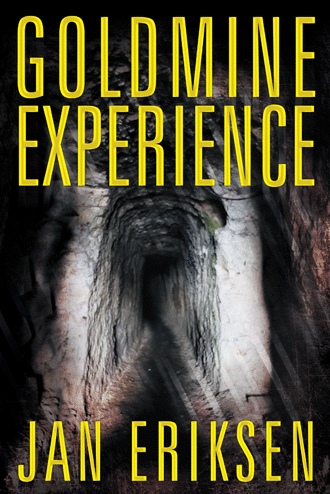 Together they crept to the back, then up the wooden steps, Robin leading. The dog was standing this time, on the lawn just beside the rear balcony of the flat. He looked harmless enough.

Al was right outside the door, bending over and stirring a full pot of brown paint sealer with a stick. Julia caught herself wondering where Al might have stolen it. What’s he going to paint, or is he just sniffing? Al straightened up, and was suddenly as tall as Robin, but considerably meaner and leaner; also with a shaven head, no trace of friendliness in his eyes. His slim build was emphasized by tight blue jeans and a fitting black T shirt. He smiled as if he was the owner receiving unwelcome guests.

“Hi there. Glad you could make it” his mouth was contorted as if to grin, his blue eyes ice slits. “Come in, if you like”. Robin remained hesitantly at the door, so Julia entered alone. The apartment had obviously been cleaned recently: she knew that both men smoked, but it was spotless and smelt strongly of bleach.

Dieter was sitting in a corner of the living room with his back straight. With a forced smile, his hands nervously rolled a cigarette. He looked as if he might be making a special effort to appear relaxed and at home. He didn’t stand up. Is he sitting on the drugs? Julia said hello to him, then simply bent down and handed him the ten day notice about the dog. She straightened up quickly so that she could keep an eye on both Al and his Rottweiler.

“It means that the dog has to be gone from here in two weeks’ time, otherwise you will have to leave the flat”, she was trying to sound non-threatening.

“Oh yeah, fuck that” Al broke in angrily. Julia turned as if to talk to him. She realized it would be easier and quicker not to argue.

“If I do leave then, would it be possible for you to write me a reference?” pleaded Dieter.

“Of course” Julia was nonplussed by his defensive manner.

“Fuck! What would you say in that sort of a reference? Fuck you, you bitch!” Al’s face was red, and the dog had now followed him into the kitchen. Julia walked quietly to inspect the bedrooms, ignoring both Al and his Rottweiler. The ceilings and carpets were clean, it looked as if Al was camping in the rear bedroom, facing the lawn. He didn’t have any sort of a bed or mattress. The cupboards were almost empty, and the curtains were intact. She walked back into the kitchen again.

“Oh, do you know, there is no toilet brush” Dieter intoned politely. Julia stopped walking and looked into the bathroom. The toilet pan was black.

“Most people buy their own”, she said, and glanced at Robin in disgust. He was still there just outside the door, leaning casually with his hands in his pockets.

“And do you think you could fix the pipe under the bathroom sink?” Dieter had got up out of his chair now. “It is leaking a little bit all the time, and I cannot keep my things there on the shelf.” Julia motioned with her hand for Robin to come in and have a look, and they both inspected under the sink.

Robin had installed the basin and the bathroom cabinet two years before, and it had always worked perfectly in the time that he’d been there. The bathroom shelves had always been dry. But yes, the wooden shelves were damp now. It must be leaking.

“Could you just screw the tap on a bit harder, Robin?” asked Julia.

“I’d have to look at it properly, which would mean turning the water off” Robin was thoughtful.

“Fuck off, both of you. Get the fuck out of here right now. I pay to live here, the place is clean, why don’t you just fuck off?” Al was waving his long arms, the dog standing still and alert beside him, poised as if to spring. Julia fumbled as she tried to reach into Robin’s top pocket, and he guessed her intention and took out the six week eviction notice. Robin handed it quickly to Julia, who then passed it directly to Dieter, who was again sitting in his corner of the living room, trying to act as if everything was perfectly normal. Julia managed not to look at Al, turned and left without saying another word. Once down the back steps, she dared to say to Robin

“I’m not going to be sworn at by tenants”. Robin was silent. He too was disappointed to see what had become of his former home.

“I had my hand on my cell phone the whole time, ready to call the cops” he said. With a sense of relief she unlocked the car and took the driver’s seat, very grateful to Robin for accompanying her. They drove in silence round the corner, then Julia stopped outside Robin’s room and gave him a very brief hug. Would that little S junction of water pipes under the bathroom sink be a good place to hide Al’s drugs? Is that the real reason he was so upset?

“I think you need to go home and make yourself a cup of tea”, Robin smiled.

“Thanks so much for your help” she was grateful enough to manage a weak smile, and drove off.

Now came the waiting. Ten working days is two weeks, the flat had been clean and in good condition, but what damage could be done by two angry men and a Rottweiler? Not confident enough to visit by herself at lunchtime, Julia rang Sean at his work again.

“Good thing you rang,” he said. Julia’s stomach muscles tightened. “They’re having big rows and loud fighting till late at night, every night now. It’s been going on for the last three nights, really loud”.

“I’m surprised that the motel hasn’t rung me to complain”, Julia replied.

“No, not stereo style loud, just swearing and yelling at each other,” Sean sighed. “And there’s another thing, too. Dieter can’t have given Al a key, so Al’s gone and put a big wooden crate on the wall just outside my place, so he can climb up like a cat burglar. Tim’s really worried about it, too”.

Tim was the other tenant at the top, a quiet, pleasant accountant who was in the habit of leaving his windows open all day and all night. No doubt Tim now realized that the access to his flat was not difficult for anyone with criminal intent.

“I’m sorry. They’ve got to get rid of the dog by the end of next week, Sean. And Al doesn’t go anywhere without his dog. Also they’ve both got five and a half weeks to get out of there. That’s the best I can do at the moment”. Julia tried to sound firm and assertive. “I’m sorry, but I have to follow the process, I’m sure you know that tenants have more rights than landlords”.

“Yeah, that’s true”. Sean was back to his normal friendly self. “I just want them out of there before my kids come and stay for Christmas”. Sean is so kind, he’s divorced and talks about his children all the time. He must miss them terribly.

“I’m sure they’ll be gone by then”, Julia was reassured. There was no way in the world that Dieter and Al would fight her at the tenancy tribunal, not if they were into drugs. “Thanks for keeping an eye on them, Sean. I’ll stay in touch. Thanks again.”

Feeling braver, Julia took a walk to the very quiet Thames police station the following lunchtime. It was an inconspicuous old wooden weatherboard house set among trees, with a small lawn in front, on the main street, almost opposite the big shopping centre of Goldfields. The front door had a sign that stated the police station was open during office hours only.

Julia pushed the door open and waited by the wooden counter. There was nobody there, but she could hear voices in the background. After a minute she pressed the bell, then smiled when a neat looking Maori lady with short black hair, a trim white blouse, and a black skirt walked into the office area.

“Can I help you?” asked the receptionist, who may have been a plain clothes policewoman. Julia wasn’t sure...

After losing her husband, Julia Wells has tried to move on with her life in her small New Zealand town. She teaches at the local school while single-handedly raising her son and trying to make ends meet. But when Dieter Gerts, a strange man from South Africa, rents an apartment from her, she has no idea how her life is about to change.

Dieter says he is an engineer, but he has yet to find a job. What’s more, his new roommate, Al, is known in the community to be into drugs. She’s had complaints from other tenants in the building about them, and she finally decides to give Al an eviction notice—but that doesn’t take care of the problem. When Julia threatens them with police force, the two finally leave, though the apartment is in shambles

A ring left behind by Dieter offers a clue as to who this mysterious man might be. Julia gives it to Peter Johnson, a local detective. When Al’s body shows up in a mine tunnel, however, things take a terrible turn. Soon, Julia and Peter find themselves thrown into a complex plot involving Dieter, the local goldmine, the New Zealand government, and neo-Nazis. Will they be able to stop Dieter before he can put his plan into action?

JAN ERIKSEN teaches teenagers by distance learning. She has worked in computers in London and Munich, as an export clerk in the lower Alps of Germany, and as an au pair in Aix en Provence. Eriksen now lives on a small farm in the North Island of New Zealand.