At the Point of the Bay 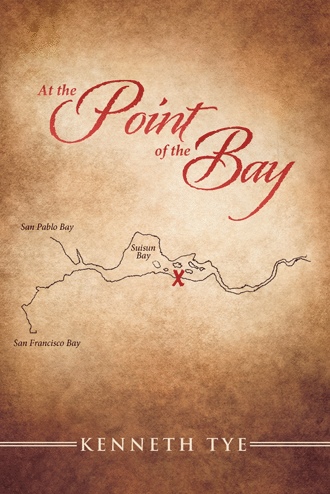 Magdalena attempted to roll over on her straw mattress, but she couldn’t. She was too weak, her body ached, and she felt as if she was on fire. She had a cough and a runny nose. Yesterday she found that she had little red bumps all over her face, chest, legs, and arms. She was frightened --- she knew what was wrong. Many of the other neophytes at the mission had the Sarampion, measles, and many had died.

Magdalena’s husband, Mateo, had left their small apartment at sunrise to go to Mass for an hour. After services he went to work at the tannery. Fortunately, he would be able to return to see his wife at the siesta time in the mid-afternoon.

Before he left in the morning, he put a piece of bread and a bowl with a portion of atole on the small box next to her bed which served as a table. He put a bowl of water on the table with a cloth beside it to be used to help cool her burning body. However, she couldn’t bring herself to move. To make matters worse, she had dysentery and could not get to the clay pot under her bed.

Father Duran visited Magdalena in the afternoon and found Mateo cleaning her and applying the wet cloth to her forehead. The father administered the last rites before she passed away and he did his best to console Mateo.

Magdalena was not alone in her death. Almost a third of the Indians at the mission had died as a result of the epidemic. In addition, cholera, smallpox, diphtheria, chickenpox, and syphilis also caused untold suffering and death among the Indians who did not possess any natural immunity to these diseases introduced by the Spanish conquerors.

The novel is the story of the people who have inhabited the area on the southern shore of Suisun Bay, half way between San Francisco on the west and the Sacramento-San Joaquin River Delta on the east. It begins with the Chupcan Indians in the early eighteenth century who are said to have lived there for over five thousand years.

The story moves through the arrival of the Spanish; the establishment and life at Mission San Jose; life at the real Rancho Monte del Diablo and the fictional Rancho Santa Maria; the towns of Bay Point and Port Chicago, including the explosion of two ammunition ships in 1944, the subsequent mutiny trial of the black sailors who refused to return to loading ammunition, and the ultimate destruction of the town by the navy.

Other historical events such as the growth of San Francisco, the gold rush, and the building of railroads, prohibition, bootleging, and prostitution are told by fictional characters.

At the Point of the Bay intertwines true events with fictional characters to share the incredible cycle of dreams, love, and failures that surrounds various groups of people throughout hundreds of years of history.

Kenneth Tye is professor emeritus in education at Chapman University in California. He grew up at the Point of the Bay, has traveled widely, and has lived in a number of countries. He is the author of more than seventy professional publications. This is his debut novel.