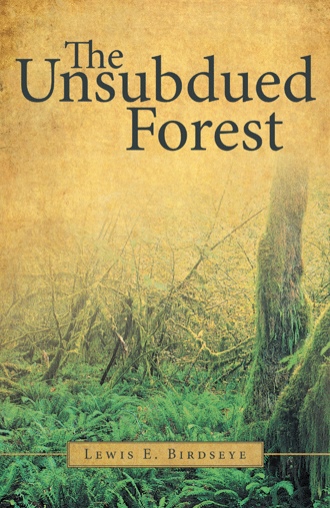 He was sitting on a beach, his back resting against a large palm tree, a violent surf pounding the shore less than fifty yards away, occasionally directing a long tongue of water within inches of his outstretched feet. Dark clouds blocked the sun, and an ominous wind bent the trees about him, whistling eerily through their long leaves. There were two men with him, one seated cross-legged on the sand to his left, close enough for Donald to have touched him had he wished, the other standing in front of him, his hands resting lightly on the handle of a long, evil-looking, machete-like weapon. Though he’d never seen one before, Donald immediately recognized it as a palang, a ceremonial Malaysian sword. The haft was ornately carved with a serpent’s head at the top, and richly jeweled coils formed the guard. The blade, nearly four feet in length, was incised with dragons and men with spears defending themselves against them. How long the man seated beside him had been talking Donald couldn’t be sure, but it was clearly in mid-sentence that he became aware that he was being spoken to.

“… far gone in drink, money all gone, no job. It was all over for me, Ecklujic, known at one time all over the Malay Peninsula as the best seaman around.” Donald half turned and looked intently at the speaker, whose name sounded so familiar to him. But how could that be, he wondered. He’d never heard that name before.

Ecklujic was a powerful looking man, well over six feet, broad shouldered, with heavily muscled arms and the thick, competent hands of a workingman. The most unusual things about him, however, were his eyes, a striking steel blue, and his hair, a magnificent crown of red, curling thickly about his ears and neck. His appearance belied the tale he told, his obvious good health and vitality in opposition to the misery and suffering he described. Blind drunk, he’d fallen down a hatchway on his last ship and broken his leg. He’d been put ashore with his pay and had managed to drink all of it up before the bones had healed. His leg had swollen to twice its normal size and the fever that came kept him from eating, but not from drinking. He cadged drinks from everyone, begging on the streets with his pants leg torn to show his swollen leg. He’d stayed drunk for days until the pain got so bad not even the drink could deaden it. That’s when he had decided to kill himself.

“I had the devil’s own time figuring out how to do it,” the man said, in a firm, resonant voice, one Donald knew, but couldn’t place. “I’d grown so weak I could barely stand up. I couldn’t climb up anything to jump off it, I didn’t own a gun to blow out my brains, I didn’t even have the strength to crawl down to the waterfront and throw myself into the harbor. I figured I’d just have to starve to death. I was half dead already, I reckoned, but the prospect of going out that way didn’t appeal to me much.”

Donald nodded, and considered telling the man the problems he’d had planning his own death, but he didn’t want to interrupt his tale so he merely shifted himself to a slightly less uneven patch of sand and continued to listen.

“That’s when I met Karain,” he said, nodding at the standing man, whom Donald now took a moment to examine.

Karain was unusually tall for a Malay, well over six feet, and he had the lithe appearance of a well-conditioned athlete, the muscles of his arms and shoulders moving into tight definition as, on occasion, his hands shifted on the handle of the palang. He was unclothed save for a pair of ragged shorts, once white, but now worn to a neutral grey. His skin glistened. His eyes were turned to the sea. Not once, while the seated man had been talking, had he glanced at the two white men.

“Karain struck a deal with me. He found me one night when I was trying to crawl down to the docks. I’d only made it to the edge of the road, and was lying in a puddle, trying to keep my head up so I wouldn’t drown. It’s funny; I was doing my damnedest to get to the harbor to do myself in, but I didn’t want to die on the side of the road, not in all that shit and garbage. That’s when he came along.

“He told me he’d been watching me for a couple of weeks and had figured out that I was going to die soon. When I told him that I was trying to kill myself, he nodded and said he’d help me. That’s when we made our deal. Turns out that he’s the son of a chief on one of those little island somewhere out there.”

The red-haired man waved one hand in the direction of the still violent sea.

“To prove himself a worthy successor to his father, he had been sent from the island by the council of elders to do something that would clearly set him apart from all the other young men in the kingdom. He had been given a year to achieve some kind of distinction, and he had only three months left when he met me. Like most of the tribes from around here, his had engaged in the barbarous ritual of head hunting until only quite recently, and collecting heads, though no longer legal, was still regarded as the proper test of courage and daring. From the first moment he saw me, Karain wanted my head. He was convinced it would be a trophy that would guarantee him becoming king. But by the time we finally met and talked he wasn’t so sure my head was worth much. I was skin and bones, and even some of my hair had begun to fall out. I could grab it and pull it out by the handful. My teeth were loose, too, and my skin was covered with sores. I was a mess. The deal we made was simple: Karain would nurse me back to health, get me looking good again, and then he would kill me. At the time it seemed like a good bargain, because all I wanted was to be dead, to have all my pain and misery come to an end.

“That night he carried me down to his proa and paddled me to some island out of the shipping lanes and inhabited only by an old couple, a man and a woman, who fed me and nursed me back to health. Karain would visit every couple of days to see how I was doing. After a month I could hobble around without any pain, and in six weeks I was feeling pretty good. My hair was growing back, my teeth had firmed up, and all the sores had healed. I didn’t even crave a drink anymore. I was feeling better than I ever had in my life.

“Karain kept me there for another month, during which all my strength came back, and then he brought me here to his island. Tonight is the night he’s due back before the elders, and now’s the time I’ve got to make good on the debt I owe him. Thanks to him, I’ve really enjoyed the last couple of weeks.”

He paused for a moment and shook his head wonderingly. “Damn,” he finally continued, “What a strange business life is. Three months ago I wanted to die, but I couldn’t make it happen. Now that I think life might be worth living, I’ve got to die.”

As he said these words, he stood up and tapped Karain on the shoulder. “It’s time,” he said to the Malay.

As Donald watched, too shocked either to move or speak, Ecklujic knelt before Karain, pulling the collar of his shirt down from the back of his neck. Karain took a single step backwards and raised the palang slowly over his head. Donald wanted to cry out, to wrestle the blade from Karain’s hands, to urge the white man to flee. His muscles were frozen. The blade began to fall, as if in slow motion at first, then with astonishing speed. With a sickening chunk the white man’s head flew from its body and rolled in the sand towards Donald’s feet. With a triumphant cry Karain threw the palang down and picked up the head by the hair. The blue eyes stared piercingly at Donald. “It’s so unfair,” Ecklujic said to him, and then he woke up.

Dr. Donald Michaelson knows it is impossible to exist for any length of time without wondering whether life is worth living at all. For five years, he has watched the eyes of his students glaze over with boredom as he lectures about beauty, truth, and justice. But now he has just taught his last English class at Bluestone University, the victim of a forced resignation. He decides on suicide as the means to end his pain and confusion—only to find that self-inflicted death is neither an easy nor satisfactory way to end his problems.

As he attempts to make his way off campus for the last time, he is recruited by a student dissident to speak in front of hundreds, causing a chain of unpredictable events that leaves Donald horizontal and bleeding, with a lust-driven coed on top of him.

Confused and unhappy he is still breathing, Donald begins searching for the perfect way to end his life. In order to achieve his goal, Donald must travel a curious road filled with obstacles and absurdities that include a group of anarchists, a seismologist more interested in measuring her sexual prowess than in determining the power of earthquakes, the ghost of a long-dead Confederate soldier, and figures from his dreams.

The Unsubdued Forest shares one man’s tragic yet curiously comedic quest to seek a simple death that ultimately leads him down a path where life-changing answers await.

Lewis E. Birdseye earned a PhD from Columbia University and has been an educator for much of his life. In addition, he has worked as a professional river guide, run fifteen marathons and several ultra-marathons, and toured by bicycle through Europe. He lives in Eugene, Oregon, with his wife, Shelley. This is his second novel.