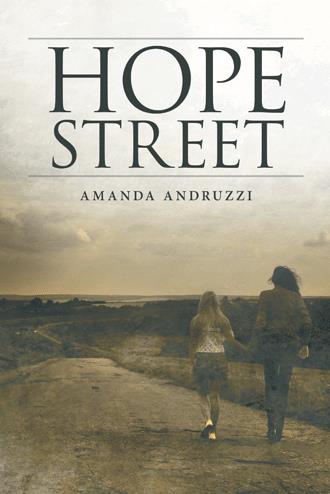 Yesterday was Mother’s Day. Jim and I have decided to try to work things out for the sake of our family and for Sage. I can barely rationalize why I continue to try with him anymore except that we are husband and wife and we promised to love each other for better or worse.

We hosted breakfast at our house for our mothers. Jim bought me the GPS unit I wanted and he was pleasant and helpful all day. After dinner he said he wanted to go hiking with us girls, which made me happy. But as we were getting changed, he began complaining, saying he was tired and that his back hurt. When I asked if he still wanted to come he said no, that he’d like to stay home and rest. I wish I could say I was surprised.

I’m pretty sure he got high while we were out. When we spoke that night his eyes were closing in mid-sentence. That’s not normal, is it?

I went to sleep exhausted. In the middle of the night I woke from a horrible nightmare. I was relieved to be out of the dream until I realized where I was.

My real life is worse than my nightmares.

We have to figure out a way to make this work for Sage. I didn’t mean to lash out at you last night but I don’t know what else to do anymore. You have completely broken my heart. I feel dead inside. I know deep down that you are never going to change for me or for yourself, but maybe you will for her.

I now see so much of your father in you. You’re not a bad person, and neither was he; he just lived by his addictions. But even if you take the drugs away, the behavior is still there. Life itself is never good enough—you don’t know what it is to feel like yourself anymore. I don’t even know if you know who you are—you’re too busy distracting yourself and everyone else from seeing the dark parts inside you. You’ve kept me at a distance our whole relationship, always hiding some major part of your life from me.

The part that reminds me so much of your father is that you’re plagued by your addictions: food, drugs, cigarettes—whatever it is, you can’t stop that addictive behavior and that’s why it’s crucial to be honest. Like you said about the cigarettes, at first you just have one here or there and then before you know it you’re smoking full-on. Lies work that way, too. How many times did you look at your father and say if he could just stop acting like that or stop the drugs and drinking he could have a real life? Well, that’s how I feel about you.

You’re 35 years old and still battling addiction, still hiding from your wife, still binging on cookies and nicotine. What kind of example is this for our daughter? If she were doing the things you’re doing at 35 you would be devastated—at least I hope you would. If she were married to an addict who lied to her and hurt her you would probably kill him. You would never want her to be like you, never.

I can only be the best mother I can be but I can’t be the only one to set a good example. She’s the product of both her parents and if one of them lives by his addictive behaviors that is going to mold who she becomes!

Remember going through your father’s things after he died and finding the needle kit for heroin, when you thought he was clean? Well, maybe it won’t be in a one-room apartment—maybe it will be in a beautiful condo or a mansion, it doesn’t matter—but I’m afraid for you. Your behavior will kill you if you don’t stop.

I looked up the criteria for “pathological liar” to try and understand your illness, and this is what I found.

1) They "construct" a reality around themselves. They don't value the truth, especially if they don't see their lies as hurting anyone.

2) They tend toward hypochondria. This can come in especially useful when caught in a lie: they can claim that they’ve been sick, or that there's some mysterious "illness" that has them all stressed-out.

3) They contradict what they say. This becomes very clear over time. They usually aren't smart enough to keep track of so many lies. (Who would be?)

You exhibit all of these behaviors. I also looked up the behavior of a typical co-dependant or co-addict, and I fit the criteria for all of that. This is a vicious cycle.

Jim, I look into our little girl’s eyes and it changes my whole world, makes me strive to be the best person I can be, and of course I want her father to be his best whether I’m with him or not. Get better for her. Just look into her eyes and watch her smile and let that give you strength, because right now I don’t think you feel good enough about yourself to do it for you.

You want to spend a day with her alone, but what are you going to do, run away every hour for a cigarette because you don’t want her to know you smoke? What kind of life is that? You expect the truth out of her, you get angry if she lies, yet you don’t expect it from yourself? What are you showing her?

I thought if I loved you enough or if you could see how much you’re hurting me it would make you stop, but now I can see I was wrong. You saw a woman last night who had nothing left to lose, broken heart-and-soul. I never thought I could feel so empty. You’ve taken my love for you and this family and made it ugly and I let you. But I won’t repeat the pattern you’ve created. Unlike your mother, I’ll never let Sage see the sadness in me—never—but I won’t cover up for you. Take what I’m saying not as a heartless criticism or cruel way of making you feel bad about yourself. Take what I am saying as if your life depended on it, because it does.

He didn’t email me back but he did acknowledge that we need to talk.

I’m not paranoid. At least I have that. What a couple of days.

Yesterday Jim finally agreed to let me go with him to see the drug counselor he’s been seeing since March. When we met outside the counselor’s office in Manhattan, he said he couldn’t come in, that something had come up. I didn’t believe him and convinced him to go in, which is where things continued to go wrong.

He was supposed to be going twice a week for the last three months, but the counselor, Mark, hardly seemed to know him: “I’ve barely seen you,” he said. Jim tried to change the subject, but the counselor remained professional and wouldn’t budge.

After about 10 minutes Jim left in a rage, yelling, “You’re lying! You’re going to hear from my lawyer!” It was hard to see but I can’t say I was surprised. What did surprise me was when the counselor told me that Jim was plainly lying, that he felt Jim was using these “visits” as an excuse to tell me what I wanted to hear. He actually told me I should get out of this relationship, that Jim is a very sick individual. I don’t know why, but I still didn’t want to give up.

(I do know why, of course: it was for our family, for Sage.)

That night I got Jim to agree to go with me to a family party, where I staged an impromptu intervention. Even this he managed to turn around on me. It was my mom, dad and my cousin Angie, and they basically sat him down and said, “What’s up?”

Jim sat right down with them, looked them each in the eye, and told them I was making it all up. He said he would happily take a urine test for them, which he did, with the full knowledge that he was on drugs and would be found out. I couldn’t believe it.

Nineteen-year-old Amanda Andruzzi had never forged a strong connection with any man before she met twenty-three-year-old Jim. But when he walked toward her on the night of their first date, Amanda’s reluctance slipped away. As she became lost in his dimpled smile and green eyes, Amanda could have never known that three years later she would embark on a dark, long path lined with addiction, lies, and fraud.

In her inspirational memoir, Amanda shares an intense glimpse into her twelve-year relationship with a high functioning addict and con artist who manipulated and controlled every situation to provide for his own twisted needs. As she describes living with an addict, Amanda reveals how she slowly began to uncover the truth about the father of her child—a man who defrauded clients and close family members out of millions. Although she had the resources and knowledge to obtain help, Amanda discloses how she still felt alone, frightened, and mentally battered. It was only after she exhausts every outlet that she finally learned to let go and allow the healing process to begin.

Hope Street is the inspirational story of one woman’s frightening journey of co-addiction that eventually led her to discover the courage and inner strength to overcome great adversity.

To View the Video Trailer go to: https://www.youtube.com/watch?v=t61EzoRqbmg&feature=youtu.be

Amanda Andruzzi, Masters in Health Promotion and a certified health coach, owner of Fresh-Mex & Co. a health inspired restaurant also works to educate the public on natural health and wellness alternatives for chronic conditions. She resides with her husband, daughter, and two sons in St. Augustine Florida.

To View the Video Trailer go to: https://www.youtube.com/watch?v=t61EzoRqbmg&feature=youtu.be