The Heart of William Churchill 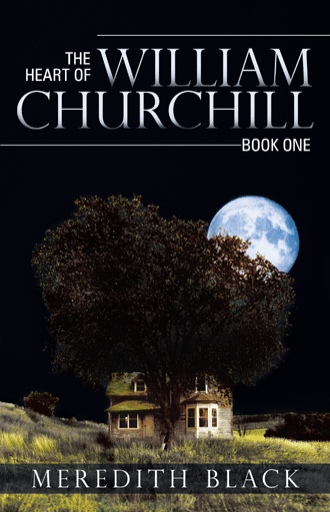 William slowly lifted the paper in front of his face. He smiled and whispered, “Masterpiece.” Finally achieving the drawing of his cat, Skippers, he hurried down the hallway to show his mother. He knew what she would say: “So what?” “Good, now write ‘Take Damn Cat’ underneath it and post it on some telephone poles.” Or she might not say anything at all. She’d probably be satisfied with just a glance full of disappointment, knowing that dagger could cut deeper than words.

But as he entered his mother’s room, she lay on the bed asleep. With a burning pillow next to her head.

She didn’t wake up. William ran to the kitchen, grabbed baking soda that had been left out on the counter, and ran back to his mother. His eyes grew wide as he saw that the flame was now touching the ends of her long hair, just seconds from reaching her scalp. He poured the baking soda over the pillow and the fire died.

“What the hell?” His mother was awake now, angrily brushing the baking soda from her face.

William picked up the cigarette that his mother had apparently dropped when she fell asleep. She looked at it, then stared accusingly at her son.

“Why couldn’t you just let me burn?” She was angry, but William knew that she wouldn’t get up and follow him. He walked out of the room, stopping to pick up the drawing that he had dropped from panic. Quietly shutting the bedroom door as his mother continued to scold him, he wondered how stupid of a son he must be. Why save her, when she doesn’t want to live? Why save her, when she doesn’t care about her own son?

He saved her, because she was his mother. And he loved her.

How stupid of him.

Back in his room, he placed the drawing of Skippers in his sketch pad. The white and gray striped cat was lying on his bed, purring softly despite the turmoil that just happened in the other room.

Elijah, his best friend, answered on the other side.

When the operator picked up, asking for his location, he said nothing. Instead he looked up at the ceiling, which had tiny Styrofoam balls mixed in with the white paint. Popcorn, was what it was often called. They moved around the ceiling now, swirling along with each other.

They made signs. He didn’t understand what they meant, but he suddenly thought of cult members in black hoods that burnt innocent people, claiming everyone was a sinner and they were in the right.

The signs twisted and writhed, until they finally began to merge into one another, becoming bigger signs and turning black. William saw nothing but them, and then the signs filled his vision, making him completely blind. He panicked, reached out in front of him and didn’t see the wall that his hands felt. A whimper escaped his throat, and he moved a few steps backward, tripping over his own feet and falling to the floor.

His vision came back, the signs slowly retreating and turning back into ceiling popcorn. His small bedroom looked the same as he looked around, the only thing different was Skippers. The cat was standing up on the mattress and regarding him with a wary look. William let the breath he had been holding burst from his lungs.

He had dropped the phone. The female voice of the operator sounded like the buzz of a bumblebee. He hung up just in time for Elijah to call him.

“The police are on their way. I can hear them.”

The air was freezing as he stood on the front porch of Elijah’s house. On the twenty minute walk from his house, he had seen two police cars push seventy mph towards his house. He hoped Elijah’s father, Mr. Pope would be there when the policemen arrived.

Because he had only heard the screams from his mother, he never knew for sure what Elijah’s father had been doing to her every evening for the past week. But he hoped, prayed, that the policemen would hear them too and save her. Elijah’s father had no clue that the woman he had been torturing had a son, a son that had been his own son’s best friend since kindergarten. William always shut himself in his closet, and the man never bothered to look for something he had no suspicions about. His mother was too burned out from drugs to bother calling the cops or fighting back. He didn’t even know how Mr. Pope found his mother, or why he enjoyed her physical and emotional pain.

The door to Elijah’s house always opened too easily, having been broken by his father’s anger almost a year ago. Elijah had picked up the wrong kind of milk from the general store.

William’s best friend was lying on the couch, having had the flu for over a month. At least that was what his father said it was. William knew that it was probably something worse, Elijah’s sickness seemed to be purely from a weak immune system, but Elijah’s father never took him to the doctor, which was half an hour across town.

Elijah propped himself up on the couch when he heard the door open. Slowly and with difficulty. William went to help him, but Elijah put his hand up to stop him. “I got this,” he mumbled as he wrapped a worn and stained blanket tightly around himself.

They waited in silence for a few minutes.

“I want him to go to prison,” Elijah wheezed as he exhaled a long breath, “and then Social Services will take me away. They’ll put me in a good home and I’ll eat all of the macaroni and cheese I want.”

His friend listened patiently, though he had heard this plenty before. He hoped the same thing for himself, but he was more worried about his mother.

Shaking those thoughts away, he asked Elijah what was wrong with his face. Red, flaky blemishes were scattered across his forehead, cheeks, and around his nose.

William considered stealing his mother’s car, which hadn’t been used in over a year, and driving Elijah to the doctor. He wouldn’t get his license, though, for another year, and he had never driven before.

William had also noticed the dark circles underneath Elijah’s eyes.

“Have you been sleeping?”

“Only a couple of hours during the night and about an hour in the afternoons.”

Before William could reply, the front door literally flew open as it soared across the entrance hallway, knocking against the opposite wall and landing with a loud thump.

“DAMN IT!” Elijah’s father screamed in anger, “WHERE ARE YOU, BOY?”

William grabbed Elijah’s hand, pulling him up from the couch. Before his father could reach the living room, they quietly ran to the next hallway, hiding in a coat closet that stood between the two bedrooms. As William was shutting the door behind him, he abruptly went blind again. Not slowly like before, but like a dark wall had been slammed directly in front of his eyes. It was easier to bear since they were in a dark closet, and he tried not to panic for Elijah’s sake.

They held their breaths as they heard grunts and objects falling over, the man was probably drunk and running into things.

Elijah stifled a cough. William placed his hand over his friend’s face, whispering for him to breathe slowly and deeply. But Elijah’s sickness had caused him to be claustrophobic in small places like this. He looked around the dark closet, his eyes wide. It was becoming difficult to breathe.

William continued to whisper to him, knowing it was impossible for the man to hear him over all the noise he was making, searching through the house for his son...

William has a pure heart, despite being surrounded by much pain and suffering. At fifteen years old, he watches helplessly as his mother is tortured and murdered by his best friend’s father. Worse yet, he suddenly begins seeing strange signs that frequently forewarn of danger, cause him temporary blindness, and make him realize he is powerless against the sins of others. He is placed in an orphanage and when he leaves a few weeks after his eighteenth birthday, William has hopes of leaving the memories of the town behind. But as he visits his abandoned childhood home one last time, he has no idea that a pair of eyes are watching him from inside the house. An accusation that uncovers an astonishing discovery and a newfound romance lead to a constant chain of disastrous events throughout William’s young adult years.

In this intense psychological thriller, a young man is overwhelmed by the secrets that have been buried in his past and discovers it is more difficult to leave them behind than he ever imagined.

Meredith Jane Black is fascinated with the fine line between good and evil and believes it is possible to stand right on top of it, a concept that serves as the foundation for her writing. She lives in Beaufort, North Carolina.