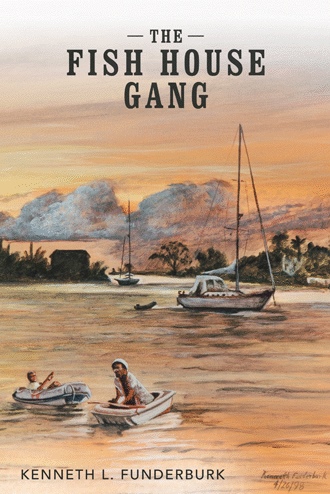 A murky, pink twilight bathed the men in an eerie glow, which would leave any onlooker with a palpable sense of being in the presence of evil. And so it was that evil became incarnate in this group of common thugs.

Randall Moss came upon the idea of robbing a man he knew who had plenty of cash on hand, but he needed some help. His plan began to solidify when a drug dealer from Texas who wanted to hire him to kill the very man he intended to rob contacted him. He could not believe his good fortune when he was paid $25,000 in advance and was to get $25,000 more when he completed the job. Now he would really be in high cotton. Next time he boasted about being a hired killer, it would be true. When he put the group together, they would never know this part of the plan.

He had quickly gathered six of his friends and acquaintances, including his father, Matt Moss, all of whom were now in his backyard drinking beer and plotting a quick military operation to relieve Thomas Reed of the money stored in his safe. Others would become involved in the plot. The housekeeper, who was the girl friend of one of the group, was crucial to the operation. Her job was to disable the security system.

Then there was a real estate lady, Gertrude Wade, who would provide the escape vehicle and the place to stage the operation. Although Gertrude was married, her sexual exploits and shady dealings were well known in certain circles of Ft. Walton. She and Randall were known to be involved in sport sex with each other. The depth of her involvement with the details of the robbery was unknown, but those that knew her recognized her ability to sniff out the money.

Randall had worked for Thomas at one of his used car lots, which was more of a front for drug trafficking than for car sales. Randall worked long enough with Thomas to be able to identify his Mexican contacts. Randall kept his eyes and ears open enough to detect a pattern when Thomas would be flushed with cash. He determined that Thomas was part of the Mexican drug cartel and believed Thomas was skimming money from the Mexicans. Randall figured that Thomas’s friends actually put the contract on him for stealing money or not paying for product he had purchased. The Mexicans, of course, had other motives. This wasn’t information Randall planned to disclose to his group of thugs. Neither did he disclose the robbery to his employers who were paying him the $25,000 up front.

“Randall," said the elder Moss, “we ain’t gonna have no gun play on this caper, are we? I’ll drive the van, and go in the house, but I don’t want anybody getting shot.”

"Papa," said Randall, "I got this covered. You know we’ve got this thing planned to a T. We got enough guys to be in and out in less than thirty minutes with the safe. The security cameras are gonna be off. They’ll all have masks and gloves and be dressed in black. Thomas and Delores won’t be a problem for me to tie up with my martial arts training. Quit worrying.”

"Yes, but what about all those kids they've got in that mansion. I've heard they have about six or seven in that house," said Barney.

"Don't worry about that," said Randall, "they’re all disabled kids. They don't know nothing. The maid said they keep them drugged up pretty good. They won’t be able to interfere with us and won't remember anything."

"Does everybody have their assignments and know what they’re supposed to do?" asked Randall. "We’ll meet back here at 3:00 pm tomorrow. The ninja outfits, gloves and masks are in. I don't want any skin showing and no talking. I'll do the talking. We've practiced this several times, so there's no excuse for screwing up.”

“Chuck, you got the team ready to take out the safe and all the equipment you need, I hope?" asked Randall.

"Yes, sir," said Chuck. "We know where the safe is. While you’re securing the Reed, we’ll have that safe loaded up and ready to roll.”

Floyd asked, "How much money you think's in that safe?"

"Don't you worry about that, son. There's going to be more than enough to take care of your sorry ass," explained Randall. "You just make sure you put your full weight behind that safe and get it in that van as fast as you can.” Randall continued: "Now Barney, you get that door opened fast. It shouldn't be locked, but if it is, use that ramming rod. We don't need to waste a lot of time getting in. Nobody can see us from the road, but we don't want Thomas to have time to defend himself."

"Randall," said Barney, "that door will be opened by the time you get there from the truck. Thomas won't know what hit him."

“Now boys, I don't want any of you showing up here tomorrow drunk. Drink what you want tonight, but tomorrow, no booze and no weed, commanded Randall. Let's go through a dry run or two, and then I got to get out of here and pick up the van from Gertrude."

"Hey, Randall," said Matt, "don't you want me to come along and help you service that sweet thing?"

Randall said, "You'd have to take a bath and get your teeth fixed first. But don't you worry, I can handle it and if I do need help, I'll call in some rich dudes she and I can fleece."

Matt said, "After this heist, how about using me, I'll have some money then."

"Don't give me any ideas, Matt," said Randall.

"Hell," said Matt, "that girl looks so good, it might be worth a fleecing to get some of her ass!"

“Enough of this. Out of here until tomorrow,” said Randall. 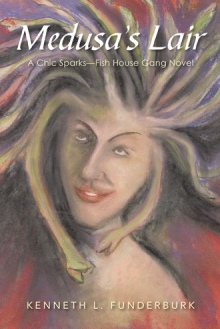 Randall Moss is known around Fort Walton, Florida, as a loud-mouth braggart and a spaced-out petty crook. As he prepares to carry out his dream job, Moss knows he cannot do it alone. He gathers an eclectic group of beer-loving thugs in his backyard to formulate a plan, thinking that nothing can go wrong. Unfortunately, Moss’s instincts have never been spot on.

Meanwhile, Thomas Reed is busy reflecting on his ability to convince his community that he is a respected businessman instead of a dirty crook without any idea that a gang of men who seem to be ninjas is quietly waiting in the shadows to ruin his day. Moments later, Moss and Reed meet in a hail of gunfire that leaves Reed and his wife dead. As the criminals speed away with their loot, they are clueless that a security camera has captured every moment. Now unwittingly entangled in a covert business run by the Mexican drug cartel and a suspect in a double murder, Moss realizes too late that he is officially in over his head.

In this thrilling tale, more murders follow as a police consultant is drawn into a challenging investigation that leads him into a dangerous cat-and-mouse game with a group of determined drug dealers.

KENNETH L. FUNDERBURK graduated from Samford University, attended graduate school at Mississippi State and received his JD degree from the University of Alabama. He has practiced law in Alabama for over forty years and is active in the art and music community.