Growing Up in Plainfield, New Hampshire 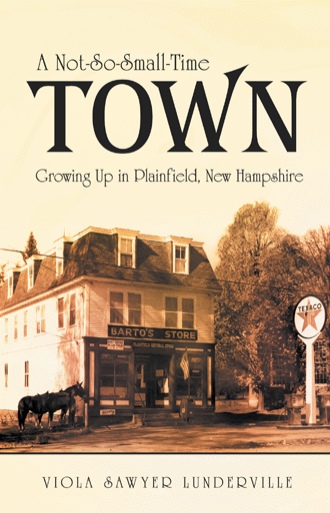 Plainfield, New Hampshire, has been an extraordinary place since its beginnings. The serene river valley life offers nature’s very best and has beckoned many artists and intellectuals, including Augustus Saint-Gaudens, Maxfield Parrish, and J.D. Salinger. In her whimsical and touching Americana memoir, Viola Sawyer Lunderville reflects on her growing up years spent in the quaint New England town in the Connecticut River Valley where she explored, learned, and experienced a simple lifestyle full of freedom, memorable places, and special times.

As she looks back on the years, Viola not only offers a unique look at Plainfield’s history from the mid-1950s to the early 1970s, but also shares a glimpse into all the reasons why the beautiful landscape beckoned many to settle on this picturesque land, including the
famous and wealthy. Using detailed personal anecdotes, Viola brings to life historic places in this glorious river valley through real-life experiences that she and others have shared.
As well, she reveals through the eyes of her youth, adventurous days spent enjoying local
swimming holes and freely exploring the vast countryside.

A Not-So-Small-Time Town takes a nostalgic, sentimental ride through a New England town filled with historical significance and many wonderful memories from a simpler time.

Viola Sawyer Lunderville grew up in Plainfield, New Hampshire, a quaint New England town nestled in the Connecticut River Valley teeming with his historic significance including from the days of the Cornish Colony. She currently lives in Florida.