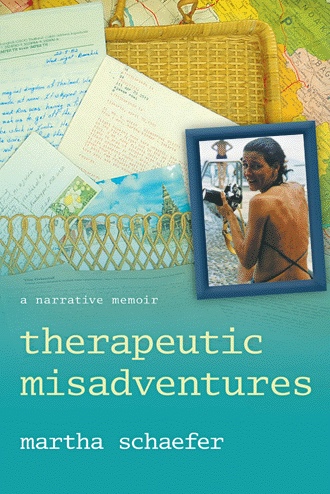 My story begins today though it has been 57 years in the making. The middle child between my older brother Duncan and my younger sister Susanne, I grew up in the small town of Byfield, MA. I got my first pony at 10 years old and my childhood was an idyllic mix of 4-H shows at county fairs and rural life. I took what is now known as a “Gap Year” between high school and college. My Mom and I spent my college loan on a trip to Spain and my parents began the long process of divorce.

College was two years in New London, NH where I met Roger. His family was the poor country cousins of “Landed Gentry”. They owned and operated Twin Lake Villas, an old fashioned resort on the shores of Little Lake Sunapee. The main hotel was cavernous and ancient. The “cottages” were massive Victorian houses nestled in the pines. I fell in love with his quintessential Yankee good looks, his childish sense of wonder and adventure, and his amazing work ethic. Though 5 years my senior he and I were best friends first, lovers by co-incidence. We married in June of 1977 with our reception at the Villa. The next day we packed a U-haul truck with a Datsun car, a meager amount of furniture and our shaggy dog, Mr. Mac.

The first year of our marriage was spent is the oil fields of Southern Illinois. Roger sold chemicals to the oilrigs and I sold insurance door to door to the farmers. We spent every weekend and every extra penny we had at the auctions. As the farmers aged, the farms were sold to the oil companies and their belongings were auctioned off. I drove treasure troves of old-fashioned furniture, quilts, heavy pickle crocks and all sorts of antique tin toys (Roger’s personal passion) back to New England for storage and resale. We hoarded the earnings from these sales along with our meager salaries to buy stock in petroleum service companies that Roger felt were safe and growing.

My parents had divorced by this time. My Dad was living in Houston as was my older brother, Duncan. My Mom was still in New England and my sister Susanne was moving between the two places, searching for her own destiny as we all do in our 20’s.

So here I am, an empty-nest single Mother living in the woods of New Hampshire. My parents and brother have left this world and I have raised two incredible women who live on the opposite coast. Through all the years I have been driven to write my life down in letters and journals.

My story begins with our move from the heartland of America, Olney, IL to the Caribbean Island of Trinidad. As an Expatriate corporate wife my main responsibility was to find happiness and be supportive of his career. Not a bad assignment and one that took me around the world as I pursued my own definition of purpose. Roger’s career led us on adventures around the world but ultimately became the downfall of our relationship.

This is the story of marriages, divorces, dreams and delusions – and all the lessons they bestow upon us.

The parallels and coincidences I am able to see by looking back on my journals and letters are astonishing. The animals – horses, dogs, cats, birds, some repeating characteristics, some once in a lifetime companions. And strange premonitions such as my mother suggesting when I lived in Jakarta that I get a Shar Pei – my current companion just 30 odd years later.

So when I read of my frustration and depressions, my enthusiasm and blind hope, it reminds me that belief in myself has gotten me a long way in life.

If you were to ask me the key to eternal life and happiness, I would suggest a life well lived and well told.

This will take some getting used to…

You are the first on my long list of letters to write. Now, where to begin? I was so excited to finally get here Tuesday night after a disastrous flight that left me stranded in Puerto Rico for a day. Though I was totally sleep-deprived my first night here, I just kept wandering around the house, amazed that I had made it to Trinidad at last.

The smells are so strange. Spicy, burning garbage and rotting vegetation. My initial picture of what our house would be on a “Tropical Island” was far from reality. We live in a city on the side of a hill overlooking a neighborhood of similar houses. The highway is off to the left and the downtown is below on the right. That first night I got in after dark and the ride from the airport was hair-raising, to say the least. Cars and trucks know no speed limits and there are no lights on the highway, which winds through the sugar cane fields. It’s a little scary here. We are definitely in the minority, I would say only about 2% of the population is white. Also, there is quite a bit of crime. We have all kinds of gates, locks and bars on the windows. Roger keeps a monstrous machete under the bed, though I’m not convinced it’s not just a little bit for the effect. Chances are, no one would really hurt you but they would “steal the gold from your teeth” if they thought they could.

As of yet I can’t understand anyone here, though it’s supposed to be English they are speaking. It is a very musical bird-like sound all run together with a heavy British accent and lots of local slang. My favorite sign is the “oh so common” spray-painted “NO LIMING” outside of shops and stores. It is the equivalent of “Don’t Loiter”, strange sign in a society where that is exactly the national past time of every male.

Some things are very strange compared to home. We went grocery shopping in a filthy dark cave of a shop. Milk and orange juice are scarce and come in paper and foil box-like packages. If you find some, you buy lots and hoard, as you may not see it again for weeks. Butter comes in a round tin like a sardine can and sugar (on an island covered with sugar cane) is prized like gold and very hard to find.

Rog is a manager and has to work a lot harder than in the States. He drives to the southern end of the island to go visit the off-shore oil rigs or spends long hours at the office in town. I hope to have a car soon, so I am not so housebound, though driving is terrifying here. Not only do I have to get used to driving on the wrong side of the road from the passenger side of the car, but also it seems there are no rules of courtesy on these tiny choked roads.

This will all take some getting used to…..

Love and miss you,

Every day down here is better than the one before and I learn something new every minute. Yesterday Rog called all excited from the office to say we had lots of mail. We sat around for hours reading and rereading a letter from you, two from Susanne, one from Nana and Grampa and one from Rog’s parents; Marge and Rich.

News from home is precious, and hearing about winter when the thermometer never dips below 70 degrees is so strange.

I borrowed Roger’s car and ventured downtown yesterday alone for the first time. It’s a great confidence builder! People are a lot friendlier than you would think. and you find that you are the only one who even takes notice of skin color. It’s hard not to, when you only see two white faces all day but that is just my Yankee upbringing coming out.

It’s not the right hand drive that bothers me, it’s the way people drive. The streets are incredibly narrow and if someone decides to stop, they just get out and leave the car running in the middle of the road. No one seems to notice all the dogs, goats and kids on the sides of the road, I guess they just figure they will get out of the way in time.

We drove south to Galeotta Point yesterday, where Rog goes to take the boat to the off shore rigs. It is only 43 miles but the drive takes over two hours. The road winds through cane fields and villages ...

In 1978, Martha Schaefer set off on a four-year adventure around the world with her new husband, a rising oilfield executive. As an expatriate corporate wife, Martha’s main responsibilities were to find happiness and be supportive of her husband’s career. But as the couple traveled and made homes in the Caribbean and Southeast Asia, Martha chaffed against traditional roles and began to pursue her own definition of purpose. In her memoir, Martha chronicles a unique journey through letters, photos, and journal entries that poignantly illustrate her struggles to find happiness amid the demands of her husband’s career and the increasing fragility of her marriage. As she details her eagerness to immerse herself in new cultures, nurture her thirst for adventure, and build a professional career, Martha presents a realistic, intimate view into a daily life intertwined with not only episodes of terror and the sorrow of a disintegrating marriage, but also ancient beauty and cultures that taught her to believe in the enduring goodness of humanity and the strength of self. Therapeutic Misadventures shares the unforgettable story of one woman’s journey through love, dreams, and delusions as she learns valuable life lessons and uncovers her true identity.

Martha Schaefer shares her New Hampshire home and surrounding woods with her Chinese shar-peis, cats, horses, and an abundance of wildlife. Inspired by her bookshelves full of journals, she currently blogs about life after fifty. This is Martha’s first book. Visit her online at marthaschaefer.com.