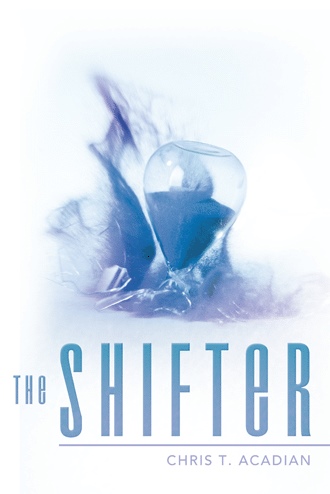 The ratio of regular days to extraordinary ones is entirely skewed. It seems like we drudge through thousands of menial, insignificant hours before something truly remarkable happens. And of all those tedious hours, a large portion is spent waiting for a taste of the amazing. On occasion, everyone lives at this point of anticipation. Waiting for some excitement. Waiting for some purpose. Waiting for something … else.

My parents named me Faedra Madison Mae for no good reason. Don’t let the name fool you; there was nothing unique about me. I’d spent my entire life waiting just like everyone else. Incidentally, my ratio of ordinary days to extraordinary ones (not that I was counting) was approximately five-thousand three-hundred and twenty to one. That one special day being the day I was born.

I stared back at the girl in the mirror. Sometimes I recognized her more than other times. Today her hair was particularly frizzy, thanks to the wonderful island air.

I’d been steeling my courage all morning. When I first got here, my dorm room was full of fruit and bread and cheese and even some chocolate. That stuff was long gone, unfortunately, and I couldn’t hide out any more. I needed to eat, even if it meant a trip to the dining hall.

I knew where the dining hall was; I’d watched the hundreds of other students from my balcony – my little alcove in the stone fortress they called a dormitory. When you’re miserable everyone else in the world seems happy. That’s what they looked like to me as they scuttled about in twos and threes and fours. Oftentimes there were groups with more, but never groups like mine – never groups of one.

I did up the top button of my shirt then changed my mind. It was hopeless; there was no way I was going to look like anything other than myself. My clothes were plain, as nondescript as I could manage. If I couldn’t blend in, then maybe I could disappear altogether.

I checked my watch: 16:34. I’d beat the dinner rush if I hurried … if I could just make myself leave my room.

Poor girl, I thought with one last look in the mirror. There really was no hope for her.

The dorm suite had three bedrooms, which opened onto a spacious living area. Mine was on the far left. I closed the bedroom door behind me as I left and made sure it fastened securely. There wasn’t really a point to it: I had no roommates. None. And there was no doubt that I was the only one without any – the only one destined to be alone.

Head down, I avoided eye contact as I made my way to the dining hall. Just like the dorm, its name was deceptive. The dorm was, in actuality, a three-spired tower, and the dining hall was more German inn than cafeteria. Vines fought for prominence up its white stucco walls. The interior was a labyrinth of slate-covered corridors and cozy little dining rooms.

Once at the dining hall, I found a room with several tables for two and chose one in the corner. Everything on this stupid island was much more difficult than it had to be. Instead of just telling a waiter what I wanted or even getting it myself, I had to figure out the electronic ordering system. A touch screen hung on the wall next to the table. I tried to simply scroll down and select my items by merely touching their pictures, but it was more complicated than that. I accidentally ordered salmon instead of chicken and, when I tried to undo it, ended up adding two more servings of salmon instead.

Finally, I just gave up and left the order at three servings of salmon and iced tea. It was supposed to be chicken with steamed broccoli and milk. At this point, I really didn’t care. It had been more than twenty-four hours since I’d eaten, and I wasn’t particularly picky.

I pulled out the book I’d brought with me, wondering if reading at dinner would make me look more ridiculous rather than less. The more I thought about it, the more I realized I was going to look pretty pathetic whether I sat there and read or whether I did nothing at all. Might as well at least entertain myself.

Shocked that anyone would care about my lonely state, I looked up. My hope was immediately dashed. Before me stood half a dozen girls – the sort I went out of my way to avoid.

“Didn’t they give you a mirror in your room?” the girl said, “You should ask for one.”

“No, I suppose it doesn’t.” I looked down at my book. After all, I couldn’t blame her; I’d looked at myself less than twenty minutes ago and thought the same thing.

“And what’s with your hair?” another girl asked.

With a heavy sigh, I realized I was going to miss yet another meal. I got up.

“My hair doesn’t like humidity,” I said as I made my way past the group of snobs.

“Apparently, humidity doesn’t like your hair any either,” the original girl said, and the group laughed.

Trying to ignore them, I kept walking. Tears stung the backs of my eyes, but I held them in. These girls would never see me cry.

At the Institute for Dimensional Studies, shifters learn how to transcend space and time in order to fight supernatural threats. Insecure, awkward, and frizzy, fourteen-year-old Faedra Madison Mae has little to offer except for this one ability. As Faedra hones her talent, she becomes increasingly entangled in her training and longs for the time when her life was still her own.

Suave, brilliant, and handsome, Dominic Archer has everything going for him. He deserves to be hated for his exasperating perfection. Too good to be true or trusted, he is the one guy Faedra would like to avoid. But he is the only shifter who can keep up, and the best have no choice but to work together. If Faedra can summon the strength to survive brutal mentors, elusive bad guys, pushy roommates, and all the dangers of multidimensional warfare, hopefully she can handle this one egotistical boy.

In this provoking, intense novel, a shifter extraordinaire destined to alter the course of history must shatter her perception of the world in order to save it.

Chris T. Acadian is an avid explorer of anything new. Through the world of fiction, Acadian has found a place to combine many loves, especially those of math and literature. Acadian currently teaches in Missouri.