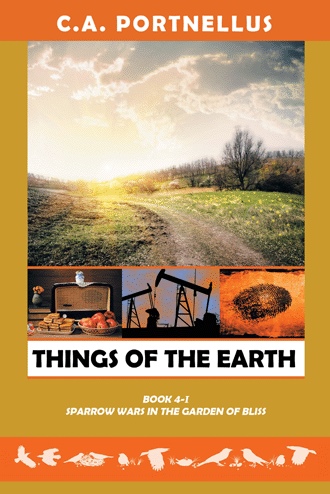 Under the hill lies a heart of blackness,
Whispering and mocking in wicked glee
Beckoning a fool to smite for less—
When seeking his riches to possess.
Man’s spearing lance to the beating
Dragon’s heart—a well of blood fleeting.
The plundered prize spouts like a fountain
From beneath that venerable mountain.
Rising to the celestial skies,
Man’s dream and avarice he espies,
A treasure, beyond measure at long last—
Thus dies the bitter dark heart of ages past.
The sin of greed ruins all and leaves the Fools
Laughing, like Jackals champing the spoils.
Yet, who will cry for the dying beast?
Shall we weep for what is forever lost?

CHAPTER 1
When I First Came Here

Barton and Elise Barre hiked through the winter-dry fields surveying their kingdom of rolling hills dotted with piñon, loblolly pines, oaks and scrub. The sky above chased with clouds, was pale gray matching Barton’s eyes. The chill wind brought fresh color to their cheeks. The whine of six oil pumps could be heard even at this distance, the oddly shaped things bobbing up and down much like Baby Francis’s dunking bird toy. Elise passed Francis to her husband as they stopped on the crest of the hill.
“I came across a poem this morning, it seems rather appropriate for the day. Do you want to hear it?”
Gazing far across the landscape, Bart nodded absently and shifted the toddler on a hip. “Voila! Les canards!” He pointed up to a vee of clacking ducks flying southward, causing Francis to clap his little mitten-clad hands with glee.
Elise took out the small ragged book from her jacket pocket, “This is by Edward Thomas, titled, ‘When I First Came Here’.” She cleared her throat and read aloud,

“When I first came here I had hope, hope for I knew not what.
Fast Beat my heart at the sight of the tall slope …”

Bart heard the words, letting them run through his head and back out, Elise’s voice like crystal cutting through his foggy brain in the cold morning.

“… Would see something no other hill ever disclosed.
And now I walk down it the last time. Never will …”

He knew that he had made an impact upon this land, by searching out oil, the heretofore undiscovered treasure that he had brought forth, something new, yet an ancient thing. In doing so, he had given men hope for another chance to make their mark upon the earth and to prosper by their weary endeavors of devotion, sweat and toil. He sighed with satisfaction now—this was his land. Those bobbing giants were now working for him sucking up liquid money from the earth.
He felt the darkness that had followed him for the past three years easing for he was growing richer by bounds and leaps. His indebtedness to Lawrence Neville was growing less, and the man’s interference in his business lessened as well. Neville had become confident in Barton again. A somewhat wary but distant friendship had sparked again between them—especially once Barton learned the important lesson, that if not for Neville, none of this … this business of Bart’s would never exist or survive. He would be just another optimistic grubby wildcatter, with a skeleton crew trying to make it on sheer luck and perseverance. Neville’s agent, Charlie Grande oversaw Barton’s debt payment and Jordan Lindley reviewed BODE’s employees, making adjustments in getting Barton the best men in the industry. Barton’s company was on the way up.
Perhaps there was something to the La Barre family curse. Barton was a third son and his luck once again seemed to be pushing him up from the bad and dark days, rising again like a new Phoenix. His father, Richard had wished him well but warned Bart not to race too far too fast or he might be sorry. Ha! What did the old man know?

He spied Elise still innocently reciting the poem. Never in a million years, would he admit to her, about Neville’s interference nor in how Bart nearly lost, BODE. He wanted her only to know that he was successful. He would provide for her and their new family … even if it killed him. He had promised her and his father-in-law, Édouard Boulanger. It was something Barton very rarely did, for making a promise was an uncomfortable leash for him. He was prideful too; that he was a success, for his father could no longer touch him or deride him, always expecting Barton to fail or run away.
He glanced at young Francis in his arms, another chain keeping Barton tethered to Elise. Damn her! If not for the child, they might have traveled more and Barton could have already been dealing with foreign oil negotiations for Neville. But Elise needed him, and so Barton stayed mostly in Texas and the panhandle states working his business for now.
The child was apple-cheeked; his wispy light red curls framed his little face reminding Bart of himself. The boy’s hazel eyes were bright and round as he took in the scenery and giggled to see another phalanx of ducks heading towards the lake on the other side of the hill. On an unusual fleeting gush of raw emotion, Bart hugged the child to him and reached for Elise as she recited the last lines with a teary smile.

“One thing I may know, that love with chance and use and time and necessity
Will grow, and louder the heart’s dance at parting than at meeting be.” 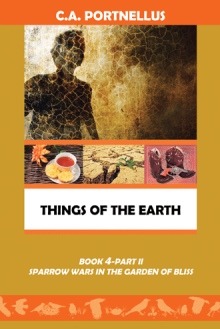 Love and marriage for Barton and Elise Barre began in the oilfields of Texas. With Bart’s innovative drill designs, financial backing from friends, and a hearty appetite for making money, the Barre Oil Drilling and Engineering (BODE) office has now moved to Austin Texas. With his beautiful and talented wife, Elise, Bart feels he is fast gaining his dream—to be a wealthy oil baron.

Elise keeps everything running like a well-oiled machine, as a wife, mother and business partner in BODE. This keeps Bart happy and his happiness is hers. Together, they often have times of intense love and a good partnership. As Bart’s lucky star, Elise helps to build his dream.

During the days which seem wonderful, enters the fateful snake creeping into their idyllic garden of bliss. Perhaps it is the La Barre family curse wreaking havoc with friends, family, and business partners. Barton and Elise are separated for a time which begins the tragedy of the summer of 1950. Each try to gain back that magical momentum they had before everything fell apart.

This is part one of the fourth book of the multi-generational La Barre family saga, Sparrow Wars in the Garden of Bliss.

Prelude to War-[Barton Barre] “He is by far the most refreshing character here: unruly, gutsy and disgusted with his family.”—Kirkus Reviews

Legends of War- “The book has drawn me forward with anticipation and reward. A good read. Thank you so much.” Reader—JRF, London, England

The Road Home- “Charming. Real. Cultured Elise is beautiful and Barton is a rogue and driven obsessively to succeed. He quickly puts his war-time heroics to the side to attain all he desires.” Reader S.

C.A. Portnellus is the author of previously published books in the Sparrow Wars in the Garden of Bliss: A La Barre Family Saga series. History student, author, artist, mustician and gourmet cook, Portnellus uses her talents and interests to engage readers in a multi-genre family saga, hoping to curry interest in nostalgic eras in American history. The author currently resides in California.