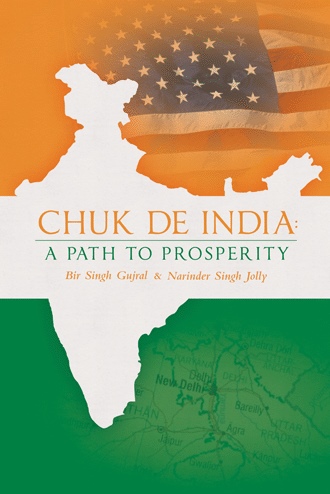 “One can resist the invasion of an army but one cannot resist the invasion of ideas ... Greater than the tread of mighty armies is an idea whose time has come” - Victor Marie Hugo. The spirit of Hugo’s quote applies so aptly to the fundamental changes in India that commenced in 1991. It was time for India to shed its obsolete guiding principles responsible for a sluggish economic growth and adopt progressive policies that would embark the country on an accelerated path to prosperity. The idea warranted an economic and social paradigm shift. The leaders of India prepared a roadmap for this challenging journey. They evaluated critical factors that would impact India’s economy and implemented radically reformed policies. Rajiv Gandhi, Narasimha Rao, Dr. Manmohan Singh, Atal Bihari Vajpayee, P. Chidambaram, Sonia Gandhi, and Pranab Mukherjee are amongst the visionaries of the paradigm shift and champions of change. Even though these individuals had different party affiliations with divergent ideologies, they all had one common vision - to transform India’s lethargic economy to vibrancy and vigor. No country can dream about bringing a fundamental change in policy, without the support and participation of its citizens. The credit, therefore, goes to a billion plus Indians for accepting and applauding the change.

The congenial environment with popular support for change prepared India for major fiscal reforms. The country needed a learned and able person to drive India’s economic engine to speed up the monetary growth. Dr. Manmohan Singh, an experienced and learned economist, was chosen to spearhead this drive. Dr. Singh, with a clear vision, purpose, and ambition affirmed that his top most priority was to deal with India's massive social and economic problems, so that chronic poverty, ignorance and disease could be conquered in a reasonably short period of time.

Dr. Singh played a vital role in uplifting India; first as Finance Minister and then as Prime Minister. With the steering wheel of economy in Dr. Singh’s steady hands, India demolished the License Raj and adopted liberal and free-market oriented reforms to engage in international trade. Along with these revolutionary reforms, India placed a strong focus on developing national infrastructure such as the Golden Quadrilateral project championed during Prime Minister Atal Bihari Vajpayee administration. The country's economic growth progressed at a rapid pace while allowing for large increases in the incomes of its people. India became a preferred destination for Foreign Direct Investment (FDI) since liberalization. Industrial reforms have made the scenario more attractive and the growing economy has made the population an asset. The whole world is lured by a consumer market of over a billion people and wants to increase its trade with India.

India with the seventh largest land base and second largest population stands currently as one of the most powerful and attractive world economies, and is recognized as an emerging super power. In 2012, the Gross Domestic Product (GDP) of India was recorded as $1.946 trillion making it the 10th largest economy of the world as per nominal GDP and 3rd largest based on purchasing power parity (PPP). India’s service industry accounts for 62.5 percent of the GDP while the industrial sector contributes 20 percent to the GDP.

The new economic model has been built to sustain. The business friendly environment spawned millions of new jobs, reducing poverty India’s overall poverty rate dropped from 57 percent in 1990 to 30 percent in 2012. The declining poverty line of any country is a standard measure of its Path to Prosperity. Although still a laggard in matching the world’s standards of prosperity, India has crossed several milestones in that direction.

The Indian leadership had the dream of a prosperous country with education for all, and a job for everyone who wanted to work, since its independence. A modern and relevant Education is a critical ingredient for commanding higher income contributing towards a higher GDP. Of course the literacy of India is a good measure of its progress but a quality education is more directly related with the fundamentals of prosperity. In an era of globalization, no country could compete with world standards without a quality education. The openings of more education centers to the levels of Institutes of Technology (IITs) and Institutes of Management (IIMs) to compete and thrive in an interactive world are the right steps taken by India to provide quality education.

Prime Minister Dr. Singh pushed for clinching the Indo-US nuclear Treaty even taking the continuation of government at risk. India signed a landmark Nuclear Treaty known as the 123 Agreement with the United States taking India out of nuclear isolation. The treaty further strengthened the relationship between India and the US, the world’s two largest democracies. The treaty has moved India in the right direction to reduce the energy production deficit; an energy supply crisis built up over half a century. The United States has since become India's largest investment partner, with a 13 percent share. Indian entrepreneurs are participating in global opportunities without being held back by the restrictions of the License Raj. Indian exports have multiplied more than eight times from $ 1.99 billion in 1991 to $ 16.44 billion in 2011.

Corruption and Socio-economic Disparities are other critical elements that India needs to control aggressively. These elements are hurting the rate of growth in India and are inversely related to prosperity. India took a series of steps to check these elements. Gold smuggling has been virtually halted through reformed import-export policies. Performance measures have been introduced for the public sector enterprises in addition to instituting transparency and accountability to address the complaints of Corruption. China and India have been the two fastest growing economies of the world for many years because both countries undertook revolutionary reforms. India’s growth has been the second fastest, after China. India has always followed China since 1991 but it should not be conceived that China’s roadmap is in any way better than India’s. Better growth in China is because of social, political, and cultural differences between these two neighbors.

With its growing economy India has become a key actor on the global stage, and she has been rewarded with membership in the G20 and BRICS organizations. India is now playing a leading role on global issues such as climate change, nuclear non-proliferation, and food security. At a G20 meeting in Toronto, President Obama applauded the vision and speech by Prime Minister Singh. Obama told reporters: “Whenever the Indian Prime Minister speaks, the whole world listens to him.” Prime-Minister Singh’s priorities for India include promoting peace and trade with Pakistan, China, and Afghanistan. He has laid the foundation stone and framework for the transformation of India to a prosperous nation, living in peace internally, and with its neighbors.

Speaking on Independence Day from the historic Red Fort in New Delhi Dr. Singh did not recite traditional populist promises. Instead, he asked for Indian citizens’ cooperation to build a new India. He described the Bharat of his vision. A just and humane Bharat that treats all its citizens as equals. He envisioned a peaceful and prosperous nation in which everyone is educated, and where there is a job for everyone who wants to work. Dr. Singh stated, “The nation building is a great enterprise of adventure and creativity. It requires all of us to work together, bonded by our love for our motherland. Whatever is our religion, region, language, caste, or culture; we are all Indians and India is ours.”

In 1991, it was time for India to shed its obsolete guiding principles. Fundamental changes would be needed to transform India’s economic lethargy into vibrancy and vigor. In Chuk De India: A Path to Prosperity, authors Bir Singh Gujral and Narinder Singh Jolly chronicle India’s post-1991 economic renaissance, which turned the nation into an emerging global economy.

Gujral and Jolly show how India, the world’s second-largest country, became a key actor on the global stage. It provides the answers to questions about India’s transformation:

What 1991 economic crisis forced India to secure an emergency loan from the IMF by pledging sixty-seven tons of gold as collateral?

Why was Dr. Manmohan Singh selected as the finance minister?

What revolutionary reforms were implemented to avert the crisis and make India the second-fastest growing economy of the world?

How was India able to maintain a six to seven percent economic expansion while major economies suffered through a meltdown recession in 2007–2008?

What systemic and social challenges did India confront to become a more prosperous nation?

Chuk De India: A Path to Prosperity explores how India currently stands as one of the most powerful and attractive world economies, how it is recognized as an emerging super power, and what it must do to maintain that status.

Dr. Bir Singh Gujral earned an MBA from Duke University and is a senior executive in a multinational company. A professor for twenty years, he coauthored four books and has published and presented more than one hundred papers.