The Ride to Jubilee 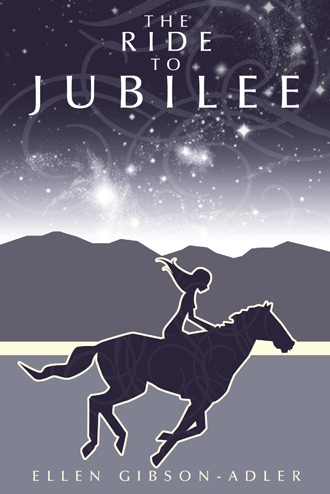 I was born at latitude 35° north, longitude 139° east in the back of an olive-green ambulance on the first day of August when an unseasonable snow covered Mount Fuji. The nervous young driver from Yokohama sped in a panic, hoping to get to the army hospital in Tokyo in time, tires lifting off the ground as he raced over the bumpy dirt road. But no matter—my mother was brave, and I arrived in transit. I liked the ride.

After Japan surrendered to the Allies, my mother had sailed on the first overseas ship that carried the wives allowed to join their American husbands, who were soldiers in the occupying army. She was already pregnant with my older sister during that ocean voyage, but I was made in Japan.

My parents married in the jarring time of World War II, when the hopes and dreams of tomorrow were as uncertain and elusive as obtaining extra sugar. Beautiful and handsome and young, they clung to each other and made promises. He would follow his orders and she would follow him.

Michiko, our housemaid and caretaker, decorated the nursery I shared with my sister with four pictures of mounted samurai warriors. Michiko called me Uma, the Japanese word for horse. She told my mother that I came charging into the world like a wild man riding bareback and the name fit me. As I grew, Michiko could do little else but chase after me. I don’t remember much about Japan except for Michiko, but when I close my eyes I can still see those mounted samurai in gold and red robes, wearing horned helmets and brandishing swords, especially one, riding fiercely with outstretched arms, his chin high, face frozen in ecstasy.

Journeys never go in straight lines, or at least mine didn’t. When I recall Michiko’s singsong voice, I can still feel the cool silk of her kimono against my cheek. She took care of my sister and me, and our mother, too, who was not much more than a girl herself in 1948. Our father disapproved of Michiko’s influence on us, especially since she was Japanese, but since Momma preferred the company of the other young military wives over her rambunctious toddlers, it is no surprise we picked up Michiko’s language first. Daddy was relieved when we finally left the United States Army base in Yokohama and departed for a new outpost in the territory of Alaska. On our last day in Japan, Michiko presented my mother with a going-away gift. She had painted our names in Japanese characters on fine rice paper, which she rolled and tied with a black silk ribbon. My sister’s characters were more complex since she had two names to manage, Mary Ellen. Although I was also given two names at birth, Nelle Louise, I was known only as Nelle. Michiko rendered that in three simple strokes. At the bottom right corner of the paper, she wrote in tiny, wobbly script Sayonara Maggie and Terry Lyons and for my girls.

As her mother self-medicates her internal demons with alcohol and her father battles mental illness, Nelle emerges as a child who absorbs the strength and fortitude of parents now lost and wounded by war. She is nourished by a miraculous meeting of horses that impart the power to guide her through loss, humiliation, betrayal, and abandonment and embarks on a unique coming-of-age journey, in which she encounters people who recognize her abilities and set her life on a winning path.

In this compelling novel, a girl’s discovery of an ancient vessel and of a passion for the natural world restores order to her chaotic life and propels her to the ultimate redemption through the power of love.

Ellen Gibson-Adler spent her childhood on the move as one of five girls in a military family. After majoring in Native American studies in college and being involved in two archeological digs, Ellen was influenced to pursue a career in public service devoted to the environment, citizen action, and public safety. She currently lives in Maryland.