When the Humor Is Gone 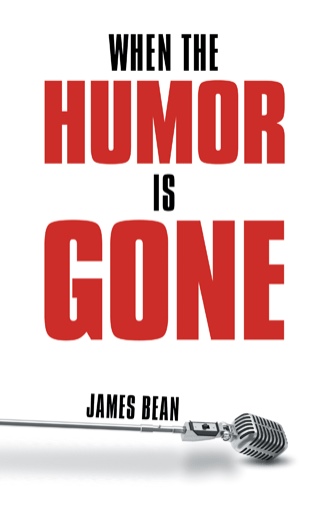 “Remember, you're braver than you believe, stronger than you seem, and smarter than you think.” - Christopher Robin

There were a series of events that brought me to this place. The tipping point was my divorce. I began to run off a checklist in my mind of what I needed to do before I ended my life. I did not want to send off any warning signs so I avoided giving away valuables or money to friends or family. I continued to go to work at a major Las Vegas hotel where I perform stand-up comedy, but I was just going through the motions. I had never felt such numbness in my life. I felt totally detached from my work, friends and family. Yet, somehow, I was able to hide what I was experiencing, and I did a great job of it, even though all the signs of depression were there.

Prior to this, I thought I was a happy person, for the most part. I had worked hard at being a happy person. I did my best to create opportunities for myself to be happy. I prided myself as being the type of person who engaged well with others. But after my divorce, I began to question my life. The best way to describe how I responded to this life changing event is that I became detached from life.

I had always tried to do the right thing; to follow a certain path to success and happiness. In fact, at the age of eight-years-old I had already mapped out what I was going to do with my life. After high school I was going to enter the Army. Once I left the Army I was going to attend the University of Memphis, and try out for its basketball team. I followed through on my goals, almost in a paint-by-numbers fashion. However, given all that I had accomplished, I was now at a crossroads in my life and seriously contemplating suicide.

Now that I had decided to go through with the act of committing suicide, I knew I had to write a note explaining my decision. Surprisingly, that was not as difficult as I thought it would be. I simply wanted to address the people most important to me; my daughter, my mom and my sisters. As you will see in the actual suicide note later on in this chapter, I did not include any friends in the letter.

Prior to my attempt, I recall reading several suicide notes from a book about the subject, years earlier. It was eerie to read actual suicide notes because of how personal each one was. They often detailed what each person was going through. I found that I liked reading about suicide and the psychological aspects of the act. It was very hard for me to check out books on suicide from the library, and even harder to buy one at the bookstore. It feels very weird carrying around a book like that in your hand. You feel people are looking at you at the checkout stand, or fear someone will see you with it. At this point, I did not care. I needed to understand what was happening to me. I wanted to know why I was having these feelings. I read several books about suicide; most about suicide prevention, others exploring the psychological aspects of the suicidal mind. According to everything I had read, suicide was the last resort for most people suffering from depression or other psychological disorders or pressures.

My divorce hit me very hard. We had a five-year-old daughter, and I felt I had failed her as a father because our marriage fell apart. I began to immerse myself into work. I became blurry eyed during my day job and totally exhausted at night after doing my comedy gig. In my mind, nothing was going right. I did not have the right job, the right house, the right amount of money, the right car or the right girl. In fact, after the divorce, I had no girl at all. Absolutely nothing felt right to me during this period of my life. I took on a zombie-like appearance; somber, always serious, and I rarely laughed or smiled. This was a vast departure from my usual friendly demeanor. I was not necessarily the life of the party or the alpha dog in social situations, but you knew I was in the room.

The thing I remembered most about the deciding moment was that I did not want to be on this earth any longer. I did not want to be on this big blue marble, with all its problems, and seemingly unending drama, not a minute or second longer. I sat there in my home disconnected from everyone. I was lost in my perceived failures and in my despair. Other than my daughter, I did not feel I had any real connection to anyone, which is what made my decision to try and kill myself so easy. “Who would miss me,” I thought. Sure, my mom and sisters loved me, but I had not lived at home for over twenty-five years. There was a feeling of disconnectedness from them. Except for a few obligatory phone calls on holidays and birthdays, we had very little contact since I had left home. Killing myself that day just felt right, like going to the movies or out to dinner.

I simply had no purpose. Sadly, my daughter’s future and well-being was not enough to keep me from the thought of killing myself. Even when I considered not being there to raise my daughter, it was not enough to change my intent. I felt she would be fine. I assumed my ex-wife would remarry; therefore, my daughter would still have a father figure in her life. Furthermore, I honestly felt I could no longer add value to her life. I fully believed that I had nothing to offer my daughter or the world. I felt the world would be better off without me. It was time to leave it all behind.

Ironically, years earlier I had often contemplated what a selfish act suicide was. I had often debated this with my friends. In the past, I did not have any compassion for those who had chosen this route. Prior to my decision to take my own life, I had known of four people who committed suicide. The four people included my bosses’ teenage son, a young man I was a big brother to, a co-worker at the showroom where I performed, and another co-worker of mine from year’s earlier – they all committed suicide. Each haunted me in different ways. I attended all four memorial services, and I cried at them all. My emotions and reactions were different at each funeral.

The young man I was big brother to was perhaps the most devastating to me. I was his mentor and I questioned, “Where did I go wrong?”

In the spring of 2004, James Bean faced a failed marriage, the death of his father, and a floundering career in comedy—with no one to talk to. He began visualizing a world without him and planned the details of his suicide. The world would go on, and he would become a statistic, particularly in Las Vegas, where the suicide rate is uncommonly high. Minutes before taking his life, however, Bean realized his life had been an incredible journey, and he thought seriously of his love for his five-year-old daughter.

In When the Humor Is Gone, Bean shares an honest and inspiring look at suicide as he recounts his brush with death and recalls how he was able to move past his suicidal thoughts. Through his experiences with depression and suicide and the recollections of others who have endured the suicidal death of a loved one, Bean offers advice for getting therapy, obtaining family support, and finding purpose and meaning in life.

When the Humor Is Gone presents Bean’s love letter to the world—his legacy of care, hope, and empathy for those who are living under the gripping vice of depression.

James Bean, a professional stand-up comedian and executive casino host, earned both his undergraduate and law degree from the University of Memphis. He lives in Las Vegas, Nevada, with his daughter.