Book one of the TrueNorth/Destinybay series 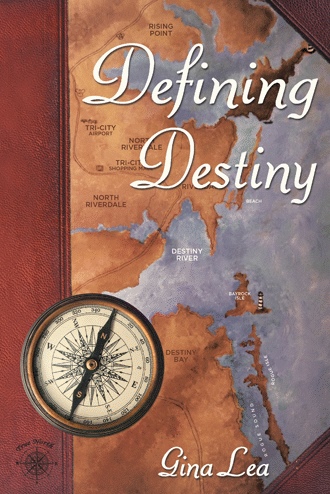 I can’t believe it’s finally here!” Alex jumped up and down, sending her long, thick chestnut-brown hair whirling into the air like a helicopter’s blades. Sara emerged from the sentence she was trying to compose just in time to be dragged off the sun-drenched bench where she had been writing and spun around like a top.

“Calm down, Alexandra, before you alert the media,” hissed Diana, raising her tiny frame on tiptoe to give one of her famous must-you always-be-so-loud-and-obnoxious glares. “Of course, we’re all excited, but we don’t have to tell the whole world, now do we?” Diana’s drawl

was laced with an undertone of steel. She tried to grab Alex’s arm to get her under control but only managed to get herself pulled into the wild cyclone of spinning Alex had created. She raised her voice. “We’re supposed to act like ladies now.” She coughed and wheezed from the exertion of trying to slow her friend down. “Do you have to embarrass me on the first day of camp!” She tried to pull harder on Alex’s arm to slow them down but only triggered even more hacking.

Sara, the oldest of the trio by a few months, moved quickly to intervene. “It’s okay, Diana. I’m as happy as Alex about summer camp this year.” She laughed as she managed to rein Alex in and just barely keep the girls from tumbling down to the ground in a heap. “We’re all finally fourteen and old enough to be in the teen group, so I think we’re allowed to be a little excited. You okay, Diana?” Sara asked, anxiously straining to see her friend’s face through the wispy light-brown hair that had fallen across her face as Diana bent over, head down, holding her side and wheezing from her effort to squash Alex’s tomboy ways. “You look really pale.”

Diana, who’d just recovered from strep throat and a fever that had kept her out of school for most of the last few months of seventh grade, straightened back up.

“I’m fine. Thank you for asking.” She began to brush imaginary wrinkles from her dress while sneaking another glare at Alex that she thought Sara couldn’t see.

Sara reached down and grabbed her leather journal from the ground. Brushing it off, she looked out across the town square at the towering Victorian buildings decorated with lights, flags, and patriotic banners and streamers to celebrate this year’s summer youth camp

and the upcoming Fourth of July holiday. Booths surrounded the gingerbread-trimmed gazebo that dominated not only the middle of the grassy square but also every activity held in the heart of Destinybay.

Down at the wide end of Second Street, she could see the water rippling rhythmically as boats headed out of the bay. Gulls swooped down on a fishing boat returning home, its crew eager to see their families after weeks at sea. She could hear the mournful sound of the

bell ringing from the lighthouse on Bayrock Isle, even though music had begun to stream softly from the speakers placed on the gazebo for the festivities. If the gazebo was the heart of the town, the bay was its soul, with waves that lapped at the docks, leaving their footprints

in the wood to mark the passing of time and the tides. On a day this warm, one could stand on the docks and see the wild ponies grazing on the isle across the bay.

Tilting her face to the sun and closing her eyes, Sara took a deep breath of the clean air, which was laced with salt. Nothing could make this day better. She glanced over at her friends. Of the three, she had always felt like the girl who faded into the background. Alex had head-turning, thick long hair; an oval face; and deep brown eyes. Yet her model’s build and startling good looks were all lost on herself; she didn’t even notice the glances she attracted as she stomped around town in a devil-may-care wardrobe, evoking images of a young Katharine Hepburn. Diana was Alex’s polar opposite; barely five feet tall, she floated rather than walked, with a Southern grace that accentuated her delicate build and fair complexion, both of which drew comparisons to Lana Turner’s.

Sara was left balanced in the middle between her two friends, trying to keep the peace and sensing that with her average height and ordinary build, not even her blond hair, golden skin, or green eyes would fetch a second glance.

Glancing over at both of her friends, she couldn’t help but smile. According to most of their teachers, the trio constituted the “Three Musketeers.” Childhood best friends who were inseparable from the first day of kindergarten, they were scarcely seen apart, having been

drawn together perhaps by how different they were. Alex, the dark tomboy who towered above the other two, had an irrepressible spirit that was like a magnet, drawing adults and kids in alike. Diana, all tiny and delicate, was born with Old World manners and a Southern spirit that would be the envy of any belle of the ball. Those well-bred manners and soft ways put all who met her off guard, while her Southern drawl, sarcastic wit, and keen intelligence pulled the rug out from under them.

Then there was Sara. She was the glue that held the trio together and the heart of the group, and though her friends garnered all the attention, she loved them fiercely and would rather be with them until late in the night than go to the antique-filled mansion on the hill that masqueraded as a home. Perhaps that was why she was the writer of the group, always scribbling in her journals about their latest adventure, which felt more like family memories than any of her

“The snack stand is open …Come-on-le’s-go!” Alex hustled both Sara and Diana toward the snack booth. “Can’t you see the cute guys?”

Diana scolded, “Really, Alex, you just ate lunch! You can’t possibly be hungry …or is it food you’re interested in?” She allowed Alex to drag her and Sara over to the snack booth.

The snack booth was a summer camp tradition. Staffed by local church teens and visiting camp staff, it was just a faded, red wooden shed that the Lions Club pulled out of storage every year and placed on the far side of the square, but its appearance drew a smile from many as it was being set up, bringing back fond memories to anyone who had attended camp. Scrawled on its walls were the reminders of many a joined heart, with initials linking young loves that would

always be alive on those wooden boards.

As the trio approached the booth, Alex pushed Sara to the front. Both she and Diana hung back waiting for Sara, who sighed. When it came to meeting new people or trying anything new, the other two girls always made her take the lead. “Really, this is ridiculous,” she muttered

under her breath. The two girls practically smacked into her as she stood her ground for once, refusing to be the first to step forward.

From the back of the booth a tall, dark-haired boy jumped down from where he and another boy had been lounging atop one of the pop coolers. He raced to the front counter to wait on the three girls.

“Hi. I’m Sam. What’s your name?” he asked in a deep voice that seemed to have a melody line playing underneath. As soon as he stopped speaking, the air felt empty. Dazed, Sara realized that everyone was staring at her and that it had suddenly gotten very hot outside.

“Who m–me?” Sara looked at both of her friends, convinced the

boy must mean one of them.

“Who else?” He was staring at her intently with the darkest brown eyes she had ever seen. Time seemed to slow to a crawl. The two girls both nudged Sara impatiently. Diana hissed her name, as if she needed help remembering it.

“M–my name is Sara,” she replied, feeling as if she could not breathe. She sensed some emotion in his eyes that she had never felt before, and she...

Growing up in the small town of Destinybay, Sara, Alex and Diana were as tight as the Three Musketeers, bound by a friendship forged in childhood and made complete by their vow to escape their hometown someday to find love, adventure and their own true destiny.

Never once in those young dreams did Sara believe she’d end up back here in the middle of her life, a divorced mother of her own rebellious teenager, with no job, no home and no future in sight. With Alex stuck in the same sinking boat and Diana ready to weigh in, Sara resigns herself to living with her mother. But time is not always kind and Sara discovers her hometown has been dying in her absence with many of those historic buildings now abandoned and whispering regrets around every corner.

Faster than she can rewrite her own life, Sara is opening a coffee shop downtown while navigating the stormy waters of rebooting her childhood friendships and fending off her childhood beau Sam, who is running a charter fishing business on the bay. Just as she and her friends begin to find their safe harbor, will secrets and jealousy create waves that threaten to destroy the future they are working so hard to build?

Sara, Alex and Diana will discover the power of childhood promises and regrets amidst the waves of change and loss that life holds. Can they recapture the strength of their bond in time to turn those regrets into grace and unlock the knowledge that it’s never too late to define your destiny and discover where your True North lies?

Gina Lea grew up spending summers at her grandparents’ southern home, where she fell in love with the south and small towns. She draws on these experiences as well as her years in the coffee industry for inspiration in her writing. She currently lives in North Carolina, with her best critics: her husband and her puppy Zuzu the Wonder Dog.