The Trap and the Trip 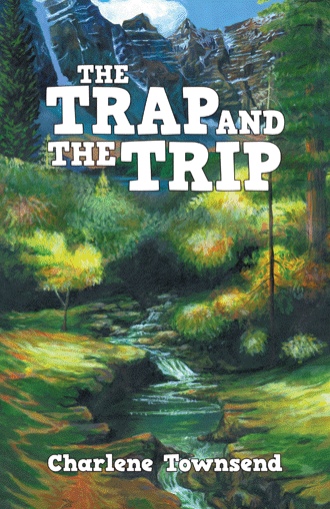 Sonny could hear Buddy and Darlin’s pleas for help, but didn’t want to give away his hiding spot by yelling back. This was definitely a human trap, and didn’t know when they would be back. When Merle and Hunk returned with the needed supplies, Hunk explained his plan to them.

“We are going to use the sticks to poke at the ground ahead of us. If it feels soft or unusual, we walk around.” Hunk explained as he demonstrated. “When we get there, Merle and I will use the vine to rescue them while Sonny continues as a lookout,”

Slowly they made their way toward the hole. When they got there, they could see that Buddy and Darlin were inside some type of a metal box in the bottom of the hole.”

“Are you ok?” Merle hollered down.

“Yes, we’re ok.” Buddy yelled back, “We’re trapped, after we fell down in here the lid snapped shut. Can you help us?”

“Yea, I’m on my way down now.” Merle announced.

He wanted to sound like he knew what he was doing. The truth of the matter was, he had never seen a trap like this before nor how it worked. Slowly he climbed down into the dark, damp hole. He had one end of the vine and Hunk had the other end. The hole was cramped and cool and made him feel uneasy,

“I am here.” He told them, as he lightly tapped on the box.

Merle tried pulling up first, and then pushing to the side. He tried yanking towards him and pushing it away. He tried lifting, tugging, and turning too but nothing seemed to work. It wasn’t as easy as it looked and was going to require some thoughtful thoughts, He continued to walk around the box as he thought. There had to be something keeping it from opening.

“Sonny hears a human hauler coming.” Merle informed him, “You have to hurry. You only have a few minutes,”

Merle tried again, pulling and pushing, this time more franticly than before. He couldn’t understand why it wouldn’t open. He knew there was something that he was missing but couldn’t find it. He felt frightened and frustrated.

“Just go Merle.” Buddy yelled out from the box. “Save yourselves. There is no reason for all of us getting caught, GO”

He knew he was running out of time before real danger would be upon them all. He was scared and panicky but desperate to get them out. The thought of any of them being captured by humans made him sick. He knew if he couldn’t get them out then they would never see them again. They were family to anyone that knew them.

“You guys have to save yourselves.” Buddy added.

Just then, Merle spotted a little metal rod going into a small hole on the side of the trap. With his paw he pushed the rod back thru. Suddenly there was a small clicking sound and then instantly the lid popped open.

Darlin, Buddy and Merle climbed up the vine and out of the hole as quickly as they could. As they reached the top they could see the top of the truck coming around the corner. It was so close now they could hear the tires crunching sound as it drove over the loose rocks.

And they all did just that. From their hiding spots behind rocks and trees they watched the humans retrieve and inspect the traps. After they looked about, they began gathering all the food and filling in the holes with dirt.

“Those humans have really made me mad.” Hunk uttered in a hushed tone.

“We are all angered by this,” Merle explained, “But they will be gone soon.”

“It just really ruffles my fur.” Hunk whispered, “I can’t believe they’re taking the food back?”

As the men continued cleaning up the area Hunk snuck over to their truck. One of the guys had left their truck door open, and it was just the opportunity Hunk needed. After checking to make sure they were still busy he climbed up into the truck and sprayed the entire cab. He then returned to the hiding spot with the others.

“Where did you go?” Sonny inquired.

“I just left the humans a little message showing how we felt about the trap and taking the food back.’ Hunk explained, “I’m sure it will make real scents to them.”

“Do you think it was scent-sitive enough? Merle asked jokingly.

“Oh, I’m sure it will be a real scent-sation.” Sonny added.

“A gift of aromatherapy, you might say.” Hunk explained before falling over laughing.

By now the men had returned to their truck and was obviously having an adverse reaction to Hunk’s little present. They had pulled their shirts up over their faces and was coughing and sputtering. They had both doors open on the truck and were making gagging noises. By the time they left they had tears running down both cheeks and looked as if they were going to be ill.

“Thank you so much boys for saving us.” Uncle Buddy said, “I feel like such a fool for falling for a human trick at my age. I am so relieved that we all got away, I would never had been able to forgive myself if something had happened to you boys”

“Yes.” Darlin added, “You boys are our heroes and we will never forget it, but you really need to be more careful.”

“Having that being said” Buddy added, “I got a joke for you. ‘Two male humans went bear hunting. While one stayed in the cabin, the other went out looking for a bear. He soon found a huge bear, shot at it but only wounded it. The enraged bear charged toward him, he dropped his rifle and started running for the cabin as fast as he could. He ran pretty fast for a human but the bear was just a little faster and gained on him with every step. Just as he reached the open cabin door, he tripped and fell flat. Too close behind to stop, the bear tripped over him and went rolling into the cabin. The man jumped up, closed the cabin door and yelled to his friend inside…….

On an enchanted mountain full of ancient secrets and mystical powers live some very unique woodland creatures. Among them is a squirrel named Merle, a skunk named Hunk, and a bunny named Sonny. The legend of the mountain protects all that live there, but it doesn’t keep the boys from exploring and going on exciting new escapades. Together they keep life interesting and full of surprises with new adventures and unusual discoveries.

Tag along with them as they perform a heroic rescue, and sneak down to the city with their friend Jack. Find out about Sonny’s funny camera scare and why skunks, coffee beans, and chili don’t mix. You will meet Claire the bear and her unusual cubs, Hub and Bub. Their special antics are ones you’ll want to hear about time and time again. See what couple is known for their joke-telling abilities and why they all speak the same language.

Join the fun and laughter in this fast-paced adventure and find out why their mountain is so special.

Charlene Townsend, a mother of eight, has been writing stories and reading to children for over thirty years. She currently lives in Iowa, where she enjoys stimulating young minds and entertaining their imaginations.