The Death of Immortality 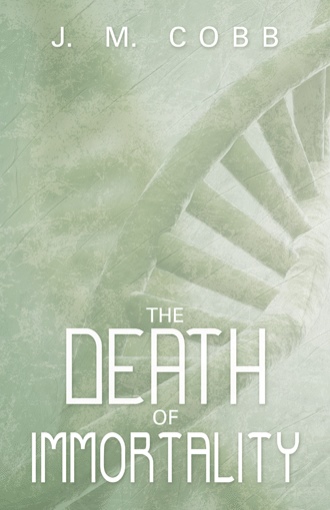 Free Preview Text of The Death of Immortality

Driving alone in his car, he speed across the interstate, the driver was happy to see that he was the only one on the road. “How I hate traffic!” He thought to himself as he glanced at the digital time clock on the front dash. His meeting had started later than expected and ended up lasting until early hours of the morning. The host had offered to let him stay the night in the guest room of him and his wife’s house. Although it was a long drive home, the driver was anxious to sleep in his own bed tonight. Besides, after a heated disagreement with the host it felt it was better to just go straight home.

The driver was surprised how quickly their conversation escalated, from discussing friendly and creative ideas, to what seemed more like a yelling and screaming contest.

Over the years, some of his friends and colleagues had developed rather radical ideas. “My god, I can’t believe how irrational some of them have become!” He thought to himself as he sped down the road that led to the interstate system. “How many times do I have to explain to my dear friends of the importance of proceeding cautiously?!”

Taking a few cleansing breaths, the driver could feel his pulse and respirations begin to slow down and return to normal.

He was now well on his way home. He drove along the interstate, something that had always helped him to relax and to feel at ease with himself. “What a beautiful night!” He mumbled to after glancing up and seeing the moon and stars that were shinning from a cloudless sky.

The Mountaintops he saw were still covered with snow. However much of it had melted away, signaling the beginning of the end of this years ski season. The light reflecting off the moon’s surface lighting up the long interstate that extended outward in front of him. The clarity of the night sky allowed the driver to see for many miles ahead of him. He marveled at the engineering wonder he was traveling on. This interstate roadway was an impressive site to see. It was nestled between the different sized mountains that made up the mountain range he was traversing. The road was constructed on top of the smaller mountains and connected their peaks. Then it would tunnel through the center of some of the larger mountains. This construction kept the interstate at an even elevation and allowed for efficient and fast travel.

Unfortunately the tranquility of his night drive could only hold back this anxiety for a brief period. In the back of his mind he couldn’t help but drift back to the meeting he had had earlier. As he temporarily squirmed from side to side in his seat, trying to find a more comfortable sitting position, he thought to himself, “I hope my old friend can forgive me for the words I used earlier tonight.”

At a far distance he saw a car approaching from the opposite direction. The roads, this time of night were usually empty. Where the oncoming car came from he did not know. It seemed to have appeared out of nowhere. He thought to himself as he sped down the interstate, “It’s pretty late, looks like someone else is in a hurry to get back home and into bed.” Leaning slightly forward he activated the cars autopilot. “I better play it safe” He thought to himself. “It’s one thing to drive 200 mph when the roads are deserted; but it’s another when there’s traffic headed toward you.” As he rested back in his seat, the cars computerized voice announced “AUTOPILOT ACTIVATED.” Immediately, the front windshield darkened and transformed into a graphic display screen. The car’s velocity, direction, GPS location and the arrival time of the final destination were now all displayed in front of the driver. He could even see the computerized display of the forthcoming car.

The driver could now see the other vehicle clearly being displayed on his display screen. It seemed to be moving erratically as it swerved back and forth. For a second it reminded him of “one of those old Hollywood movies” where two drivers who get into their sports cars and play chicken. As the two cars got closer and closer he thought to himself, “This is no movie, this is real!”

Looking up a second time, the car coming toward him was driving in the same lane he was traveling in. Suddenly it dawned on him. The car in front of him was not about to crash into him; rather he was about to crash into the other car. Earlier, that car had actually been swerving erratically as an attempt to avoid crashing into him.

He screamed loudly at his car’s computer saying, “Computer, what the hell is going on? You’re driving straight for that other car! For God’s sake, change lanes!” The computer responded in a calm mechanical voice. “RUNNING A SELF DIAGNOSTIC…ONE SECOND..ONE SECOND…NO ERROR FOUND…CURRENTLY TRAVELING IN THE CORRECT LANE.

“Damn it computer, you’re not in the right lane. You must be having some type of malfunction. Everyone is going to die if you don’t listen to me. I better take control of this car before its too late. Computer, disengage the autopilot immediately. Do you hear me, do it now!”

As the lone driver braced for the impact, he could feel his seat belt automatically tighten. This was quickly followed by him hearing his car’s computer saying loudly, “REQUEST DENIED...UNABLE TO COMPLY…HUMAN ERROR…TRAVELING IN COREECT LANE…PREPARE FOR COLLISON, PREPARE FOR COLLISON.”

Detective Graham Richardson is enjoying his long retirement at the end of a seemingly easy career. After all, he lives in a utopian society in which crime has been all but eliminated and death itself retreats from advances in medical technology that have created immortality. Surgical robots now handle patient care, and humanity has lost its fear of what comes next.

As one of the healers who enjoy the many benefits of robotic assistance, Dr. Steve Marshall has also become a bit complacent and confident. The anguish felt by his predecessors is a thing of the past. Science has helped the human race evolve.

But one fateful day, everything changes. A trauma victim, the survivor of a horrific car accident, is placed under Dr. Marshall’s care. Despite the heroic efforts of the medical team and its technology, the patient dies. It is not simply the only patient he has ever lost; it is the first human death in centuries.

Intrigued, Richardson comes out of retirement to investigate this suspicious death. During the investigation, he befriends the brilliant doctor. Both are baffled at the patient’s death, and Richardson suspects foul play. As the investigation proceeds, it becomes clear that there is a killer on the loose. Can the detective save the doctor from the killer’s wrath—or will the impossible happen again?

J. M. Cobb is a practicing medical doctor specializing in emergency medicine. He earned his medical degree from the University of Florida before completing his residency at Emory University in Atlanta, Georgia. The Death of Immortality is his first novel.