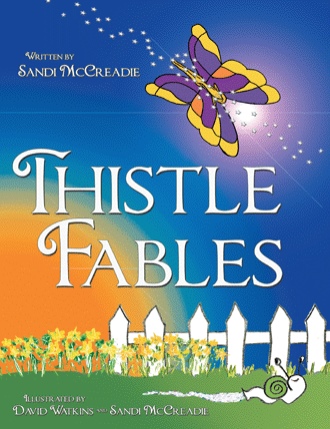 Well, once upon a fable there lived a plump rutabega who lived among the vegetables in a quite lovely garden. The other veggies always called him Roota-Toota-Rutabega and then laughed at the silly sound that made. “Oh Roota-Toota…” they would chant and the rutabega would do a cartwheel—root over leaves—and land plump on the dirt!

But after a while this became rather old and the rutabega felt more and more forlorn. If only he had a different name, he whimpered. He looked at the broccoli and sighed, “If only my name began with a “B.” The broccoli wisely replied, “But then you would be a Bootabega and stomp all over the garden in your big heavy boots, and we would all be squashed.”

“No No” cried the veggies.

The frustrated rutabega looked at the Fennel and exclaimed, “Then I’ll just take off the “B” and put on an “F.” The veggies all blinked. “But if you’re a Footabega you’d probably have a

and we’d trip over it

have to hop wherever

you go and that would be

The zucchini ambled closer and the rutabega snatched away his “Z.” “Hooray, I’m now a Zootabega and people will stare at me wherever I go.” But the ucchini shook his head sadly and warned the silly rutabega that he would have to be kept in the zoo…

…in a cage…behind bars…and in two weeks he would be rotten. The rutabega handed back the Z and hung his leaves.

“Hey there, maybe I can help,” said the potato sauntering in. “Here, try on this “P” and see how that makes you feel. However, wherever the Pootabega wandered the other veggies scampered away holding their noses.

“PHEW!” they exclaimed. (Pootabega was not welcome anywhere.)

The spinach marched over to the lonely and desperate rutabega and spread wide its leaves. Consoling his friend he slipped on the “S” and lo, the Sootabega dried his tears, feeling quite important in his pin-striped suit.

But the jacket was too tight for his broad shoulders and he felt too stuffy when all of a sudden… R-r-r-rip! The seams burst open and the poor rutabega stood there totally embarrassed, and without any clothes. “Oh No,” shouted all of the veggies.

The rutabega blushed a deeper yellow and was about to hit the ground in a full-blown tantrum, when a lovely “Toot” sounded.

A jolly Turnip was carrying a shiny, brass horn and came up to his miserable cousin handing him the horn and saying, “Now you can be a Tootabega and march in the grandest of parades.”

Say, that wasn’t too far off from his original nickname “Roota-Toota”!

So Roota-Toota-Rutabega tooted away like any proper musical rutabega and when they all yelled “Roota-Toota” he did a cartwheel—root over leaves—and landed plump on the dirt…with a roota-toot-toot…not a bad name after all.

Be proud of what you are given.

In a quiet garden filled with outrageous vegetable characters, a rutabaga wants more than anything to change his name. Frustrated and tired of being called “Roota-Toota-Rutabaga,” he summons the help of all the other vegetables who soon teach him a valuable lesson.

Potter the Bear is going to market with his honey in a bowl atop his head when he begins imagining all the wonderful things he can buy with the money he will make. But when the bees overhear his plans, they elect to show him in their own special way what is more important.

After a beautiful butterfly spies an equally beautiful object on the ground below her, she swoops down to investigate and discovers it is just a lowly snail. When she challenges the creature to a race, the butterfly soon realizes that beauty may not always get her what she wants.

Sandi McCreadie, founder of Thistlegarten Creative Arts Preschool and Thistle Down Express, has taught throughout California for over thirty years. She holds an MAT. and a California Teaching Credential; she also has a background in Broadway shows, television, dance, and musical groups in New York and Los Angeles. She is a published writer, composer, and speaker and currently lives in California. Visit her online at www.thistletales.com, where you can find audio recordings of Thistle Fables in CD or MP3 formats.