An Ugly Story of a Beautiful Redemption 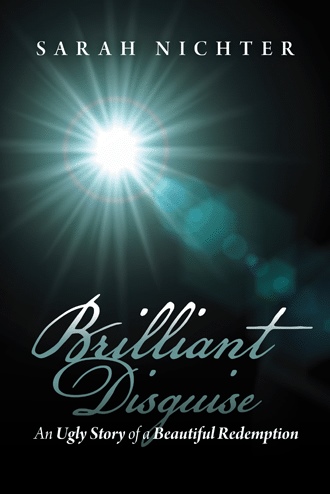 We lazily strolled down the golf cart path out from under the shade of the tall, graceful trees that bordered the golf course. Mikey squinted up at the sun, placing the back of his hand on his forehead, then letting it drop like dead weight. “It’s hot,” he said.

Mikey was the temporary kid next door. He came to Jacksonville, North Caroline each summer to spend his summer vacation with his grandparents, and his grandparents were our neighbors. Mikey was conveniently the middle age of me and my sister. My sister was 9, Mikey was 8 and I was freshly 7.

On this particular day, the three of us had been poking around the edges of the golf course that was a first base hit away from our back yard. A black, hot golf cart path ran out of the golf course and behind our house, dead-ending at a neighbor’s back fence, creating a kind of alley between picket fences. We were getting bored as we slowly followed the path behind our yards. We stopped for a moment, swapping ideas for what to do.

My bare feet began to burn against the bare asphalt, and I jumped “ouch”, and hissed. I scrambled to the grass to get my sandals back on. “It’s hot,” I whined, pointing at the path, as I saw them looking at me skeptically.

Then this began a slew of “as hot as” phrases we’d heard adults make:

“It’s hotter than a goat in a pepper patch,” I threw in, repeating what I’d heard my grandma say.

“What does that mean?” Mikey asked. We were cracking ourselves up now.

I thought of the craziest one I’d heard, “Hot enough to fry an egg on the sidewalk!”

We laughed at the foolishness of adults, then through his giggles Mikey dared to ask, “What if you could fry an egg on the side walk?”

“No.” they both retorted, “just on the sidewalk. Or the path here.”

We all looked at each other, then my sister posed “Wanna try it?” Of course we did!

“Where are we going to get an egg?” Mikey questioned.

“We’ve got eggs,” my sister said, looking at me.

I soon returned with one egg and a spatula and like three pre-pubescent mad scientists we commenced our forbidden experiment.

The clear liquid began to turn white, and a smile spread across my face. When the white reached the yellow, Mikey took the spatula, pushed it under the egg and clumsily flipped it over. We watched in amazement as the egg continued to cook. My seven year old mind was alive with wonder. It was true; you could fry an egg on the sidewalk, and we did it.

And our next game began: what to do with the egg we fried on the asphalt.

I pushed back, straining to keep my arm still and only push with my hand and wrist, my palm pressed against Jessie’s, our fingers intertwined, gripped together in a game of Mercy. I had gotten her to squeal “Mercy!” early a moment ago as I slowly pushed her hand back at the wrist while we sat straddling the bleachers in the gym.

“Hey, you’re not supposed to push back,” she complained, letting up on my hand.

She applied the pressure again, and I kept my arm still through the wrist as she slowly bent my hand back trying to find the pain point where I would give up.

But I was proud and I wanted people think I was tough. So I was resolved not to say ‘Mercy’. I was also counting on Jessie’s soft heart; she didn’t really want to hurt me. It was beginning to hurt, but I held my tongue. My hand was now beginning to bend past a right angle, but I was stubborn. Then the bell rang and another student on the bench above us jumped up grabbing his backpack. In his haste, his back pack hit our intertwined hands knocking them to the side and Jessie’s hand further into my palm.

“Ow!” I let out, pulling my hand back. I was immediately disappointed in myself for conceding.

“Are you ok?” Jessie asked with surprise and concern and the boy tossed out a “sorry” as he jumped down and headed out the door.

I rubbed my wrist, and changed my scowl to a smile, “Yeah, I’ll be fine.”

We stood up to leave and I grabbed my backpack with my right hand and began to lift, but lightning shot through my wrist. So I quickly switched the strap to my left hand and tossed it over my shoulder while jumping down from the bleachers.

Jessie and I exchanged “see ya,” and I headed off to class.

How am I going to explain this, I wondered. It was pure stubborn pride that made me not say mercy when it first hurt. I knew this was pretty stupid. I basically let my friend sprain my wrist.

It would be years before I learned not to let my friends lead me into pain.

I stood on the footbridge in the dark, gripping the rail. I stared into the darkness down the tracks. The cool fall breeze pushed and wrapped around me. I squeezed the rail more and shook my head, bewildered.

How can so much pain be possible? I wondered.

How can one person hurt so much for no apparent reason? I wondered. I searched and searched my mind, heart, soul- again- for the reason. It was difficult to hide this corrosion from my friends, but I tried to keep it in until I could make it to the dark and try to push out the pain, despair, and self-hate. After months of therapy and years of self-investigation, I still didn’t know why. I still didn’t know why I was what I was. My forearms began to ache from holding my grip on the rail. I let go and placed my palms against the rail.

‘Why?’ trailed through my head. This pain was ever present. Like a spring fed well, the pain was always going to be there, pure, constant and reliable. Why?! In anger I turned and smacked my arm against the rail. It hurt, but it was oddly comforting. I knew where that pain came from. It was practical, tangible,- a known cause with a known fix. It was pain that could be explained.

In anger I smacked my arm against the rail again, then again. My heart began to race and my breathing quickened. It seemed I couldn’t know the real reason for my pain, but I could make one. I walked further down the bridge and swung my other arm into the metal rail. It did it again and again and again. Over and over again I crashed my arms into the rails hoping to break them. I desperately sought an external reason for the internal pain. Maybe if it hurt enough on the outside, the inside would subside. I desperately swung, each blow hurting more as bruises began to form. Tears of pain and frustration began to fill my eyes. The breeze zipped past coaxing out the salty drops.

Breathing quickly, I walked over to the steps on the far end. I’ve got to break them, I thought. Something’s gotta break. I took one more quick breath and threw myself down the stairs, arms out, hoping to snap them. Down I tumbled, and rumbled on the wooden stairs, finally landing on the bottom three steps just shy of the beginning concrete sidewalk. I lay there in the dark, still and quiet.

Slowly I unfolded and pulled myself up to the third step and leaned against the cold wire side of the stairs. My arms weren’t broken, but now I hurt all over. I considered what I’d just done. Astonished, angry sobs contorted my face and wrestled out of me. I pulled my hands into the sleeves of my long sleeved t-shirt, and brought my fist up to my mouth trying to control the sobs and quite them. But it was no use. As my body began to ache from the beating and the cold, I let go. I didn’t really care now if anyone heard me. I sobbed freely.

I sobbed for myself- for my brighter self that was slowly disappearing...

Sarah is a young, pretty, confident teenager with a deep faith, and the world seems ready to cater to her wishes. But she hides a warped self-image, depression, and desperate need for self-control, only to force it out in secret purging sessions. As she adjusts to her junior year at a new high school, Sarah struggles to cope with her growing discomfort and self-critical attitudes, even while easily making friends and displaying a confident exterior. One fateful day, Sarah follows her friend’s seemingly trivial suggestion and willingly walks into a corrosive world of binging, purging, and depression.

As Sarah leaves for college, she feels increasing pressure from friends to seek help for her bulimia. But college offers a new opportunity to remake herself—if only she doesn’t get in her own way. As she struggles to maintain control, she slips further into the darkness and closer to self-destruction. The few strongholds in her life—faith, friends, family, and her dog—keep her together as her heart is battered by broken relationships and her body is abused by her own design.

This novel, based on a true story, follows Sarah as she goes away to college and tries to navigate the difficulties of new adulthood, faces academic struggles, and decides whether to leave bulimia behind or take it with her. Brilliant Disguise narrates a story of a young woman with everything to gain and absolutely everything to lose.

Sarah Nichter has settled in Kentucky with her family and has been teaching writing and literature at the college level for more than a decade. In addition, she blogs and enjoys movies, music, and other media. This is her debut book.