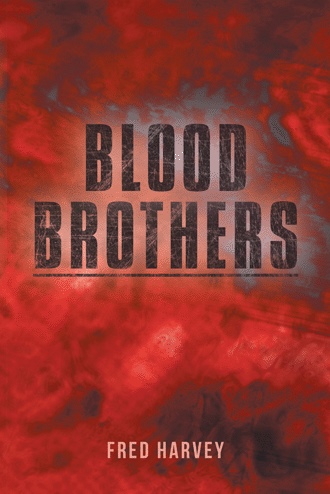 The humidity in the jungle was something that just had to be experienced to be appreciated. It was so heavy at this time of year that it was almost a palpable thing. Slogging along with a 40 pound pack, a rifle, other weapons, ammunition and all of the rest of the stuff that a modern soldier needs to wage war, made the soldiers of Charlie Company, Third Platoon, First Squad even more miserable. Sweat poured from every pore of their bodies. It ran in rivulets down their backs and chests. It stung their eyes unless a bandanna was tied around their foreheads. It soaked their clothes as thoroughly as falling into a lake would have done.

Sergeant John Walters thought about swimming in lakes in Minnesota when he was a boy. On even the hottest day it was cool and refreshing. The top six feet of the water was mild but down below that it was almost icy cold. Right then he would have traded all he owned for just five minutes in one of those lakes. It was now day four of a seven day patrol. They were over the hump, but the thought of three more days of living and sleeping wet had all of the men's spirits down. The bush that they had been fighting their way through slowed their progress. In places they had to take turns at the head of the column to hack a passage through the thick vines. Bamboo grass looks fragile but it would leave nasty cuts that took weeks to heal in the tropical humidity. The patrol would have to push on for at least two more hours today in order to stay on schedule. They still had 24 more kilometers, or klicks, to go to reach the designated landing zone where the helicopter would pick them up at the end of their patrol.

Two days before they had searched a small village for signs of Viet Cong activity. While the soldiers were looking for contraband items, “Doc” Patterson, the corpsman, had kept himself busy giving minor medical attention and inoculations to the villagers. One little girl had fallen on something sharp that had badly cut her left thigh. Doc removed the dirty rag that was bound around her leg. He cleaned and sutured the wound before giving her an injection of antibiotics. Because he loved children he finished up his treatment by giving her a hug and kiss. The girl's father had thanked him effusively for his help. Doc left behind more bandages and medication to be used on the girl. Using his little Vietnamese language skills and a lot of mime he managed to instruct the father on how to care for the little girl's wound.

Having found nothing wrong, the lieutenant thanked the village elder for allowing them in and the patrol quietly departed. There had been smiles and bows all around. The elder's only English words were “No VC” which he had repeated quite often. The old man was still saying it as they walked away.

On the way out of the village two women were trying to shoo some pigs who had gotten loose, back into their pen, while nervously glancing over their shoulders at the soldiers. As usual it was Doc Patterson who stopped to try to help the women round up their livestock. He never could stand to see someone having trouble without trying to help. One of the women kept tugging on his sleeve and repeatedly pointing for him to go on with the rest of us. The Doc was the one who called the patrol back and said that there was something going on there that wasn't right. Fanning out the soldiers started another search of the immediate area. A false panel was discovered at the back of the hog pen. The panel covered the entrance to an underground storage of weapons and ammunition. It had been missed before because there had been a large sow in the pen at the time. Sows are notoriously bad tempered and this one had recently had a litter of little pigs, which would have only made her nastier. Soldiers might be brave but they were not foolhardy. Whoever put the entrance inside the hog pen knew that.

Gunfire erupted from the tree line as the villagers were being herded into the center of the village. A single shooter fired wildly in the direction of the soldiers. People scattered in fear as the patrol dropped to the ground returning fire. The firefight only lasted 20 seconds. When the shooting stopped, Doc Patterson lay on the ground grimacing in pain. A bullet had penetrated his right thigh, shattering the bone. His femoral artery was severed, and blood was squirting around Doc's hands as he attempted to staunch the flow. Walters ran over to him. Ripping open the medical pack he slapped a cotton dressing on the wound while he told Doc to hold on. The medic had already passed out from loss of blood. The MediVac helicopter arrived 30 minutes later but the only function they could provide was to transport Doc's body out of there. Doc never knew that his killer was the father of the little girl that he had treated. Two squad members followed a blood trail through the bush for half a klick until they came upon the place where the badly injured man had collapsed. He wasn't quite dead when they arrived, but the soldiers made him that way in their anger over Doc's death.

The patrol secured the village and waited until a helicopter arrived bringing a squad of South Vietnamese troops. The troops were commanded by a cocky little major carrying a swagger stick who brusquely told the Americans that they were no longer needed there. The haunted look in the eyes of the villagers as the American patrol left, made it clear that they knew that their fate at the hands of their own people would not be a good one.

Walters thought about his friend as the patrol climbed the steep grade behind the village. Corporal Eugene Patterson had been a genuinely good person. He liked everyone and it seemed that people instinctively liked him too. He didn’t carry a weapon. He just went around helping anyone who needed his help. His kindness was repaid with death. So much for winning the hearts and minds of the people, Walters thought with a shake of his head. That was the first time the realization that we weren't going to win this one, had occurred to him.

Vietnam veteran John Walters is called home to Minnesota to act as executor of his childhood friend’s estate. This unexpected assignment seems cut and dry, and yet, things are not what they seem. John decides to dig into his friend’s life and is shocked at what he finds: he believes his friend was murdered.

Through his investigation, John stumbles into the path of a violent white supremacist group. He suspects they are somehow involved, and when they try to kill him, his suspicions are confirmed. When John escapes their clutches, the group decides to frame him for crimes they committed. Now, this ex-hero is on the run.

John must stay one step ahead of the authorities to uncover what really happened to his friend. Meanwhile, John still struggles with his own demons and war flashbacks. With the aid of four other ex-military men, John will attack the lion’s den of these neo-Nazis. His only chance at life and freedom is to take them down, but will his own ghosts ever let him be?

Fred Harvey is a retired electrical engineer in Derby, Kansas. He is a pilot, sailor, and avid shooter. He lives with his wife of forty-two years and has three children and seven grandchildren. This is his first novel.