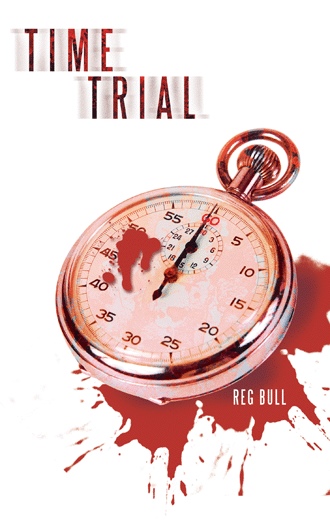 The Desk Sergeant prodded distastefully at the crumpled KFC napkin. ‘It’s the mugger’s finger’, explained the disheveled man. ‘I grabbed his arm and bit it off. That’s blood - not ketchup. Should be able to get DNA from that, huh? And I don’t mean the Colonel’s.’

Scooping the mangled flesh into an evidence bag with a pen soon destined for the trash, the Sergeant dialed for an officer to attend. Just another ordinary day in the human enclosure of New York’s Zoological Gardens, his eye perusing the menagerie of plaintiffs waiting on the bench at Precinct 19 on the Upper East Side. The sergeant buzzed the man through a door while beckoning the next in line to his pedestal. A tall, white male with a neatly trimmed crop of silver hair pushed back from a sun-tanned forehead. The light angling in through the station’s blue painted windows picked him out like a solitary figure in an Edward Hopper canvas. An elderly man in good shape below a white polo shirt tucked into a pair of crisply pressed chinos. To the sergeant’s seasoned eye he was aged close to seventy, though he moved across the hall like a man half that age.

‘So how may I help you, sir?’ meticulously recording the time in his bursting notebook: April 3rd, 1142 a.m..

‘So what brings you to New York, Mr. Paine?’

‘Work.’ Up close the sergeant saw the delta of wrinkles around his eyes, rendered deeper by sunnier climes.

‘A murder. Or maybe murders.’ The older man’s face remained impassive as he pondered this question of plurality.

‘Murders, huh? So who’re the victims?’

The sergeant squeezed his ketchup-smeared pen. ‘So do you know their names, Mr. Paine?’

‘No, they’ll be random. But it’ll be an Alice this, a Mohammed that, and a John who-gives-a-shit’, observed Paine, hands in pockets like a man advising a neighbor on the re-painting of his picket fence. ‘As for the perpetrator - well that would be me.’

The sergeant stopped writing. Paine held up a hand to stem the deluge of enquiries. ‘To save us both the energy, why don’t you just summon the shift detectives who’ll be handling my case. You see we don’t have a lot of time.’

The sergeant held the man’s gaze but was met with an impassivity bordering upon disinterest. He flicked a glance at the long queue of people waiting on the bench. A baby had begun to mewl, the noise reverberating around hardened walls like bellowing into an oil drum. He reached for the phone.

Paine sat upright on a battered aluminum chair, his astringent aftershave filling the interrogation room almost as much as his aura of confidence. Anyone looking through the observation window might have presumed the two detectives present were speaking with their superior officer.

‘So, you want to be a sexagenarian Ted Bundy ’, began the morose-looking detective. ‘So let’s jump right to the conundrum, Mr. Paine. If that were true - since you’ve been public spirited enough to hand yourself in - you’ll be getting a life term in one of our infamous correctional facilities which would mean you couldn’t then commit the crimes, yes? So are we in some wacky Alzheimer’s loop here, sir?’ Paine’s took a long look at his watch. One of the digital types made by Texas Instruments in the 1980’s, with eye-straining red LCD numerals. Quite the antique nowadays.

‘Believe me, I’d like to explain further, Detective, but in under fifteen minutes a modest explosive device planted “somewhere in New York City” will detonate. Though admittedly I can’t guarantee you the exact body count.’

‘I think you’re shitting us, Mr. Paine’, said the thin detective, avoiding his partner’s eye. ‘We’ve been working this City a few years now and you don’t strike us as the type.’

‘But I’m not from this City’, came the calm reply. ‘Listen, I told the Desk Sergeant I didn’t need to speak with him, and frankly gentlemen, I don’t need to speak with you either. Can I suggest you get on to the FBI’s New York office and alert them to the situation. Other than that, there’s really nothing more you can do.’

‘That’s for us to decide, Mr. Paine’, said the morose detective peremptorily, perching heavily on the creaking table’s edge. He glanced at his partner who slipped out of the room. ‘And as for the FBI, you clearly don’t watch enough TV otherwise you’d know all murder falls under the jurisdiction of the relevant State’, he bluffed.

‘Well there are several reasons to contact them,’ sighed Paine, leisurely clicking his thumbnails together, ‘but only one of them is relevant for now.’

‘Because within the next few hours there will be two further explosions: one in Minnesota and one in Florida. Then a handful more in the next few days. So I’m guessing that qualifies, yes?’

Smiling, she held the deli door open for the au pair with the twin boys to exit, her own daughter skipping lightly ahead of her into the intoxicating aromas. The little girl stuck her nose to the cabinet’s glass front. ‘Cannoli, mommy – pleeeease!’

‘The usual, please’, said the mother smiling at the assistant in the icing-white smock.

‘And how long will these last before they’re all gobbled up by the little Senorina , eh?’ he asked, snapping open a bag and winking as the little girl nuzzled into the front of her Mother’s coat.

Afterwards, when she was being interviewed by the police, all the mother would remember next was that - as the assistant had bent down - she had suddenly been aware of the screaming glass from the storefront window sleeting into her back. Thank the merciful Heavens her daughter had been shielded from the shrapnel that had peeled her own hands and scalp. She would recall the clear topographic line on the shop assistant’s face where the half above the pastry cabinet had been bloodily eviscerated by slivers of glass, the undamaged half below set in a rictus of surprise. She would explain that, pulling the shards of plate-glass from her weeping back, she had seen the pall of smoke rising from the broken windows of Precinct 19 opposite the deli. Then groggily she would hear the paramedics confirm that the blast had been in the Precinct’s reception area.

And then she would remember the people lying shattered in the road. Too many for her to count. And at this point she would be thinking again about her daughter who was being looked after by a kind paramedic at the adjacent ambulance. One with kind, dark eyes. Eyes a little like the deli assistant’s had been, before one had been sliced open by the dagger of glass now stabbing into his brain.

The thin detective moved as fast as he could across the tiled floor, the sprinklers having turned it into Vaselined glass. Smoke from downstairs was hemorrhaging through the corridors as the interrogation room’s door opened.

‘He’s bombed the fucking Precinct!’ squeaked his sad faced partner, the comb-over on his balding pate washing away in the drizzle of man-made rain. ‘I’ll evacuate the son-of-a-bitch down to the car’, he croaked as his thin partner tip-toed gingerly down the miniature waterfall that now constituted the main stairs. Loafers leaking stale water onto three day old socks.

From the landing he could survey the whole Reception area. The gently arched window above the visitors’ bench was now completely missing, the gaping hole throwing grainy light upon the powder-covered bodies of people strewn groaning across the puddled floor. The Desk Sergeant was on his knees administering mouth-to mouth, his deep blue uniform now a Confederate grey as dust from the blast went into solution...

Hidden in peaceable cities and towns across America, a staggering number of explosive devices ingeniously seeded over a dark span of twenty-five years are set to detonate during the next excruciating forty-eight months. The architect of this chilling abomination - the silver haired Thomas Paine - has surrendered himself to the FBI promising to cooperate on the curious proviso that he can handpick the case’s investigative team.

As the indiscriminate carnage begins, can Detective Sergeant David Song together with Paine’s selection of other seemingly unconnected individuals unravel what appears to be an old man’s motiveless crime? Will the young team’s ingenuity prove enough to solve the complex clues they have been set and get to the remaining devices in time? From a crematorium to a consulate; from a fast-food restaurant to the Hoover Dam – as the dozens of targets slowly emerge, where will the bomber strike next?

Time Trial is an amphetamine thriller that fizzes helter-skelter across the country in the wake of a terrorist’s swelling body count. Full of engrossing puzzles, twists and turns, along with some truly memorable characters, it is the ideal novel for people who don’t mind accidentally missing their train station, and those content to read deep into the night as their partners sleep on unawares.

Reg Bull is a well-traveled executive who has lived in the United States, Europe, and Asia. He enjoys observing human behavior in its most exotic forms, a trait that enables him to create richly detailed characters in challenging settings. Married with two children, he currently lives in South Korea.