by B. D. Rasmussen 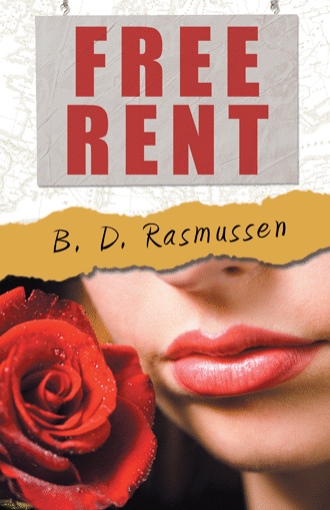 Back in Eden-on Danube, it was early February. It would be three months before that unusually hot May. Nigel Waters got up earlier than usual the first Monday morning of February. He was up early the first Monday morning of every month for the constitution of EOD required a cabinet meeting be held the first Monday of every month and Nigel Waters, for lack of a better term, was for all practical purposes, the Chief of Staff for Prime Minister James Leonard, the leader of EOD and it was one of Nigel’s duties to make sure the Prime Minister and all cabinet members were dutifully reminded of this all unimportant meeting.

And yes, Prime Minister James Leonard, or Jimmy, as he was derisively called by all good Eodians, was of that Leonard lineage. After Jimmy’s great-great-great-grandfather decided to create this little slice of democratic England in Eastern Europe in the early twentieth century, all of EOD was excited by this new and exciting prospect of voting for leadership and representation in their government. Much like England’s cousins, the Americans, elected George Washington their first leader, Eodians streamed to the polls and overwhelmingly voted for King Leonard to be their new Prime Minister. Then, as so often happens in many democracies, the enthusiasm for voting soon faded away as the “It doesn’t matter who is in there. It’s too much trouble to vote. Nothing changes. The leaders don’t listen to the little man, etc.” mentality took over, so a Leonard has always been the Prime Minister of EOD, some just longer than others.

However, there was a practical side to this apathy, as any Eodian would quickly point out. There was no expense involved with moving a new leader and administration in and out of Eden Palace, situated on Eden Square, in the heart of Eden City. The palace was old King Leonard’s digs and because the palace was pretty big, the upper floor served as the Prime Minister’s residence, while the lower two floors were government offices. Those Eodians were pretty damn crafty, after all.

As for Nigel Waters, not surprisingly, he was born for this job. His great-great-great grandfather had been old King Leonard’s butler and when King Leonard was elected EOD’s first Prime Minister, it only made sense that a Waters, who already knew the inner workings of EOD and the palace, would be made the very first Chief of Staff, and EOD being EOD and the Leonard family being Leonards, that arrangement had never changed and maybe never would. The only good thing in Nigel’s drab everyday professional existence was the fact that even now, in his late thirties, he hadn’t married and therefore had not started a family, so perhaps there would be no future Waters to step into what was definitely the role of a glorified butler, or in the case of Jimmy, perhaps a babysitter. There were nannies in Kensington whose day to day responsibilities carried more world changing importance than anything Nigel ever did.

There was one bright spot in Nigel’s personal life. Despite the fact that he was very average looking in every respect and could only afford the rumpled, ill- fitting suits that were in vogue when the old Soviet bloc countries surrounded EOD and he did have a nowhere dead end job, he did have a very sweet girlfriend. He called her Dee Dee, which she liked, even though that wasn’t her name. When he was really feeling it, he would call her Double D’s, even though she would pretend that upset her, as she certainly wasn’t anything close to that. The Double D’s just stood for Dee Dee and they both knew it. It was just a game they would play and it would always end up with quite the romp. Nigel was always caught off guard by her athletic passion.

One thing he knew for sure was how she had to be the most beautiful girl in all of EOD and he was sure that someday she would move on without him, even though she would always profess her undying affection for him and that was a problem. She never said love, but of course, neither did he, so they were stuck in a relationship limbo. Dee Dee had some family in Romania and she would go there often to visit. She said there was some type of family business she was thinking about getting into, so Nigel was sure that someday his lovely Dee Dee would opt to stay in Bucharest with its’ bright lights and future and some guy who didn’t wear rumpled Soviet suits and had a real job, instead some guy who on the first Monday morning of every month, had to wake up a hung over Prime Minister.

Dee Dee did often talk about possibly branching out on her own and opening her own business in EOD. She had a location all picked out on the banks of the Danube, not too far from the old Ego factory. What little Dee Dee shared, it sounded as if the family business was import/export, and if so, a riverfront location made sense. Dee Dee, like most Eodians, also spoke passable Bulgarian and Romanian, and English, the now official language of EOD, is the lingua franca of the business world, so she was all set. Her family even gave her a nice car to drive current and potential clients around. Nigel often thought Dee Dee had some Romany blood in her veins.

Nigel sat in his office, sipping a cup of coffee while he checked his e-mail to make sure the other cabinet members had responded to his reminder of the 8 AM meeting. Oddly, but not surprisingly, all had responded that they would be there. Odd, because not surprisingly, this being EOD, responding to anything duty related was a hit or miss proposition. Surprising, but not odd, because today’s cabinet meeting could very well impact the future and possibly even the very existence of EOD forever. Nigel sighed. It was one thing to get all the various cabinet ministers to a meeting. It was another thing to get them to care. It would be one of those days. He wished Dee Dee was back from her latest trip to Bucharest. He pushed himself away from his desk and began the walk up the two flights of stairs to the Prime Minister’s residence knowing he would have to knock repeatedly and knock very hard on Jimmy’s bedroom door to rouse the Prime Minister from his Chinchilla Chardonnay stupor.

Actually, Chinchilla Chardonnay was a pretty good wine, the best EOD produced, but Jimmy’s fondness for the wine was problematic on two levels. One, he would consume a couple of bottles every Sunday while watching soccer games from all over the world on his satellite dish TV and two, at every cabinet meeting, Claire Culverwell, the Finance Minister, would present Jimmy with six more cases of Chinchilla Chardonnay from her family’s vineyard. The cases of wine and the knowledge that the Culverwells had the biggest and best vineyard in all of EOD, guaranteed that a Culverwell would always have a cabinet position and in the case of Claire, that she would always be allowed to sit by herself by the corner window of the meeting room, working on her needlepoint and generally not have to contribute anything of substance to the meeting, which made her just like the other various department ministers.

Claire was a widow. Some years earlier, her husband, who was generally regarded as crusty, at best, had an unfortunate accident during the grape harvest season. It was believed that he had slipped on some grapes and fell into the giant industrial wine press, which of course led to many jokes about how he really threw himself into his work and how that year’s chardonnay was full bodied. Nobody actually saw Mr. Culverwell slip and for her part, Claire never seemed too upset about the loss of her spouse.

“Mr. Prime Minister! Mr. Prime Minister! Are you up?” Nigel shouted while pounding on the door and knowing full well the answer to the question would be “no”. Nigel waited, listening to see if there was any sound of life from beyond the door. “Jimmy, you damn tosser! Get your arse out of bed!” Nigel could now hear what sounded

In its entire history—from the Roman Legions to Hitler and Stalin—the small Eastern European country of Eden-on-Danube has never been considered desirable enough to be properly pillaged and plundered by a superpower. As the country teeters on bankruptcy, the government decides its only chance for economic salvation is to create a royalty-for-a-week program and rent out their country to tourists.

Guests come from all over. Jana Stanczak, a victim of the Great Recession, has just won the Mega-Zillions Lottery in Florida and now has a chance to honor a promise made to her great-grandmother. The Thakkars, born into the lowest caste in India, have built the world’s largest steel empire; now they have an opportunity to escape a soul-crushing daily existence. Rebecca Adebayo, desperate to flee sectarian violence in Nigeria, thinks there may be no better place to hide than in a country no one else knows exists.

As each guest arrives in Eden-on-Danube, the country and its citizens are grateful for the tourism income. But everything changes when a native of Eden-on-Danube returns to her homeland to visit a friend, causing the country’s citizens to question their choices.

In this quirky, amusing tale, daily apathy meets dynamic change as a country welcomes visitors who may have more power than they ever realized.

B. D. Rasmussen is a native of Wisconsin who wishes he could catch more walleyes. He currently lives in the suburban Chicago area with his family and a blind mutt named Ole.