How to Get What You Really Want 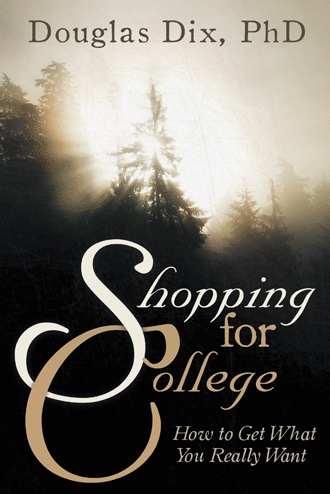 The only realistic chance your kid has of ever earning a decent living is to get a college degree. But unless your kid’s a superstar, you’ll have to pay for it, or, at least, a good chunk of it. And that’s all you’re supposed to do, just pay the bill and be gone. Your kid wants freedom from parental oversight. So does his or her college. But if you give them that freedom, you won’t get what you want.

What do you want? It’s not a question colleges ask parents because they don’t want them thinking about what they want. Parents are supposed to accept what colleges offer, as if there were no other options. But, within reasonable limits, colleges could offer whatever parents wanted. So you could probably get what you want, if you knew what that was.

For the past 25 years, I’ve met the parents of all incoming University of Hartford students, and, in the course of our discussions, I’ve found that, when parents think about what they could have, they all want pretty much the same thing. They begin by thinking they want their kid to graduate with a degree and a good job. But then I ask what they mean by “a good job.” What if their kid found secure employment with a high salary in a firm that exploited vulnerable people or our environment? Not many want that, particularly when they realize the harm such employment will inflict on their grandchildren and great grandchildren. In the end, when parents think about what they could have, most conclude that what they really want from college is secure employment for their kid in a firm that helps build liberty and justice for all. This book’s a guide on how to realize that want. It begins with how to pick a college.

In the United States today, there are over 2000 public and non-profit private 4-year colleges, in addition to some 1000 public and non-profit private 2-year colleges. The total annual student cost for attending one of these colleges ranges from less than $1,000 to more than $50,000, with the private colleges being about twice the price of the public. You can’t help but wonder what you get for the price. Each college seeks to quench that wonder with an answer that’s been crafted to fit its own niche. I’ve no interest in evaluating those answers. My first purpose is solely to convince you that the price has nothing at all to do with the quality of the education.

You may find this hard to believe. Why would anyone pay more than $50,000 for the same quality of education they could get for less than $1,000? The answer is frills. The high prices buy reputation, trophy teams, Hall of Fame coaches, Nobel Prize winning faculty, illustrious alumni, interesting location, history, architecture, etc. College frills can be fun and profitable. Being at a school with a championship team allows students to rub elbows with champions and to feel like champions, and powerful alumni can be helpful to students in finding internships, and gaining admission to graduate schools, and in finding employment. Such favoritism violates equal opportunity principles, but that’s what the high price buys, an opportunity advantage. Do you really want that for your kid?

There’s probably a correlation between the price of attendance and the size of the opportunity advantage. But I recommend against taking that bait. Equal opportunity serves us all, and frills, even large monetary ones, have nothing to do with education. But you won’t hear that from high-priced colleges.

What does it mean to be educated? To “know thyself” is the classic answer. In 1970, Charles Silberman suggested a modification: To be educated is to know what is relevant and to live accordingly. But “relevant” is too vague. To be educated, is to know what one really wants, and how to get it. Do you know any college students who know what they really want? Drop in at a local college student union or social event and just watch and listen. It won’t matter how cheap or expensive the college, undergraduates all act and speak in the same manner because they’re all terrified of the same thing: Being thought of as different.

How could they? Who a person is and what a person really wants are never topics in elementary or secondary school. Questions about what people really want never appear on the state-wide mastery tests or the SAT. If pressed for an answer, students say they want to be happy. But they don’t know what happiness is or what would make it important. Uniformly, students believe it’s for sale. That’s what they learn in every class in every grade through college: Learn what you don’t want to know in order to earn what you do want. Whether the prize is a report card, bumper sticker, or summa cum laude, it’s portrayed as the guarantor of happiness.

For kids to have any chance at discovering who they are and what they really want, they’ll have to cut lose from the crowd and the ulterior motives in order to discover authenticity: “This above all, to thine own self be true” (Shakespeare, “Hamlet”). If undergraduates we’re honest, they could discover that they don’t really want happiness. That discovery would open the door to finding what they really do want. For your kid to have a chance at this kind of enlightenment, you’ll have to lead him/her to it and persuade her/him to reach out and take it.

Perhaps you’d like to begin now: Ask your kid to imagine a safe and legal drug that would make her/him happy. Would he/she take this drug? Encourage your kid to think honestly. Then ask him/her to imagine that a close friend or relative were suffering. Would he/she want to be happy then? If on the drug, he/she would have no choice but to be happy. If your kid is honest, he/she won’t want the drug because he/she doesn’t want to be happy. He/she wants to be human and to respond to life and death and everything in-between with the full spectrum of human emotion. Your kid wants to empathize in other words, or love. But empathy is not what colleges teach. And all the ulterior rewards that colleges use to tempt and distract students are just drugs to keep them high.

Empathy is, more than anything else, what makes us human. But no one ever majors in empathy. How could they? There are no departments or professors or textbooks of empathy, and the word is rarely heard on campus. How can it be that the single most human trait is absent from college? It’s not by accident, for empathy makes ulterior rewards look bad, and trustees don’t want that. Trustees want kids to want money. Then the kids will take their places in the various assembly lines that have been set out for them, the various assembly lines that exploit poor women and convert natural resources to pollution for profit. Then the economy will grow and the trustees will get ever richer, and that’s what trustees think they want. But kids who exploit or pollute for profit will be in crises by midlife, and that’s not what you want.

Kids wouldn’t want to be happy if their moms were suffering. But at any given time, most moms are suffering. More than half are poor, living on $2/day or less. Nearly a billion are hungry. Most are scared or sick or sad, and some 10 million moms watch their kids die annually from lack of minimum essentials. Do you want kids to ignore these desperate moms?

In order for college students to get what they really want, they need to start pursuing their passions—and friends and family members need to support them in that pursuit. Douglas Dix, PhD, a longtime college professor, takes on the modern higher education system in this guidebook that focuses on being authentic. Instead of studying a subject that guarantees a high-paying job, he pushes a radical idea: Do what you want to do.

• advance the causes of liberty and justice for all;

The words that matter the most often go unheard from high school guidance counselors or at prospective campuses. Get the advice that can make the greatest difference as you search for the best school for yourself or a loved one in Shopping for College: How to Get What You Really Want.

Douglas Dix, PhD, has been a professor at the University of Hartford for thirty-four years. He has taught and advised more than six thousand students, met most of their parents, and is the father of seven children.